DF has worked with the following photographers:

DF has written about the following acts:

To link to this page, use the URL http://www.hotmusiclive.co.uk/MAGAZINE/magazine/contributor.php?writer=DF

Made in Coventry celebrates the incredible range of music artists and styles in our city and across Warwickshire.

Srividya Venkat is an Indian Carnatic violinist who started learning at the age of six in India, performing from the age of nine as both a solo violinist and in group collaborations. At the age of 10, she received the Government of India Scholarship for excellence in art (CCERT). She has performed in Music festivals in India, the United Kingdom and the USA. Srividya is also a meticulous teacher and conducts classes in Rugby and online. As an organiser, Srividya has been organising virtual concerts titled ‘Carnatic Music rendition series' since May 2020 with eminent artists from the UK, the USA and India. As a musician, she loves to experiment with different genres of music and collaborate with artists from different musical styles.

Abz Winter's music is described as 'Dark Pop,' with a retro '80s/90's sound, and electronic, dance, synth-type vibes, she has a strong voice that resonates. At only 19, Abz has been a BBC CWR Introducing Artist Of The Month and A BrumRadio's A-lister. She was also nominated for Best New Female at Radio WigWam, and nominated Best Female 2021 at the NMG Awards, as well as playing the Coventry City Cathedral ruins in July for Terry Hall's Home Grown Sessions - before The Lightning Seed.

Born in Coventry, of British and Guyanese heritage, Catherine and Josephine Nightingale were raised in an inner city multicultural household: the ground in which the musical seeds of their lives were planted was rich, deep and dark. Josephine is an artist of her times; Catherine, the epitome of old school Soul. Roots, Jazz, Gospel, Blues, Reggae, Motown, the beats and basslines of Funk and Disco, Bluebeat and Ska surrounded them growing up.

Best known across the UK for her appearance in Series 4 of The Voice in 2015, where she reached the knock-out rounds as a member of Team Ricky, soul singer Letitia George is now a presenter on BBC Coventry & Warwickshire and performs regularly around the UK.

For more details and to book, see: www.warwickartscentre.co.uk 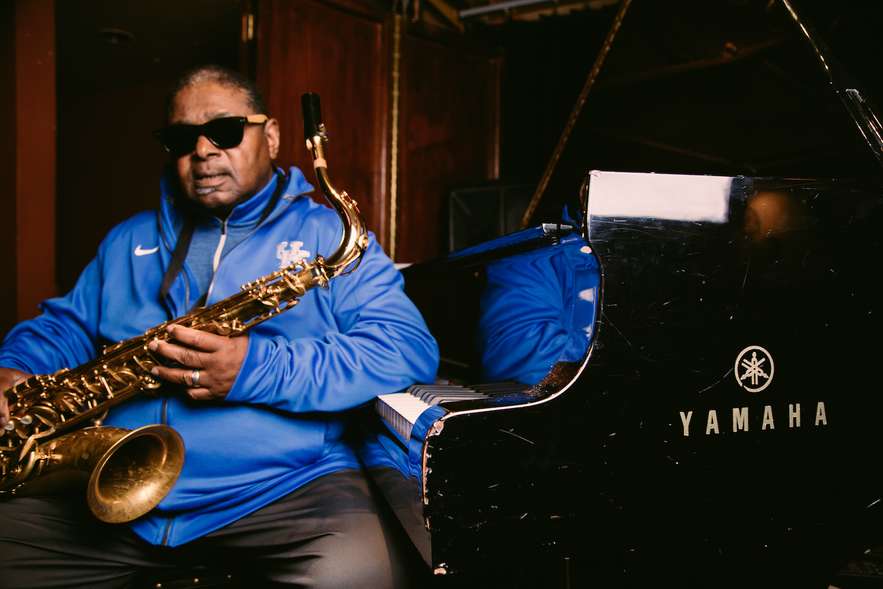 When it comes to defining the first record in any given genre, there's usually heated debate. But when it comes to pin-pointing the very first funk release, many consider James Brown's Cold Sweat, released in 1967, as ground zero.

The co-writer of that track was brass-player and James Brown's band leader, Pee Wee Ellis, who also co-wrote the era defining Say It Loud - I'm Black And I'm Proud with Brown.

An accomplished jazz musician, Pee Wee was mentored by sax legend Sonny Rollins before forming his own band. But a call from a friend who was already playing with Brown took his career in an unexpected direction.

His stint with the established Brown transformed The Godfather Of Soul, bringing a distinct jazz influence into his gospel, soul, R&B mix.

Recalling the period, Pee Wee says: "It was a very exciting time, a real pleasure and watching Mr. Brown work every night was a constant lesson in the art of live entertainment.

"It was hard work and a gruelling schedule, criss-crossing the USA on a tour bus, recording, rehearsing every day, playing constantly, even travelling overseas.

"I had my own seat at the back of the bus where I wrote a lot of music and arrangements. I would rehearse the band on the way to the next gig so they had the next tune ready for Mr Brown when we got to the venue.

"A lot of iconic songs came out of those times."

His latest project is Funk: A Music Revolution, a live show that sees him, and various well-known guests, tell the story of funk - from Brown, into the 1970s and 1980s, then into the sampling era, up to the present day.

Meanwhile, the set-list sees the crack musicians aim to work their way through classics by The Meters, Sly & The Family Stone, Rick James, Stevie Wonder, Cameo, and Mark Ronson.

"From 1967 when Mr. Brown and I wrote Cold Sweat until today, funk has been woven into the DNA of popular music," Pee Wee says. "We want to tell that story.

"[Funk] was a music that heralded a new attitude; a new and distinctive black culture, of street culture finding confidence and popularity outside and alongside the establishment.

"Sweeping into mainstream consciousness during the Civil Rights movement [funk] was unlike anything people had heard and its positive energy united a new generation making them proud of their musical, fashion and political tastes."

Funk: A Music Revolution is at Warwick Arts Centre, Coventry, on Monday 2 March 2020 as part of a brief UK tour. For tickets and more information, see: warwickartscentre.co.uk 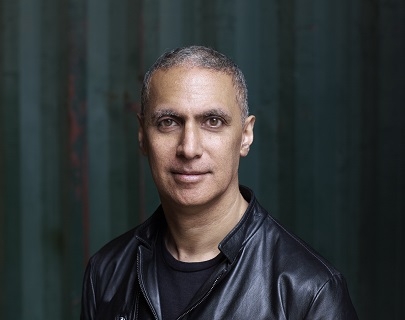 From The Source is the title of a new series of concerts at Warwick Arts Centre which focus on artists whose roots are in jazz music, yet whose music spreads far beyond the confines of the genre.

The series kicks off on Friday 8 November 2019 with Nitin Sawhney. Having recently sold out the Royal Albert Hall, in London, the DJ, producer, multi-instrumentalist, composer and occasional actor, revisits his ground-breaking 1999 album, Beyond Skin.

Alongside tracks from Beyond Skin, Nitin - who has a new album exploring immigration out next year - also promises to drop in material from across his 20-plus year career.

From The Source continues on Saturday with a World Premiere from Stubbleman, featuring found sounds, modular synths and live piano and bass.

Stubbleman is the nom de plume of writer, producer, musician Pascal Gabriel, who has previously worked with such acts as Kylie Minogue, Dido, Ladyhawke, Bebel Gilberto, S'Express and Bomb The Bass.

Afterwards is an appearance from emerging jazz vocalist Judi Jackson and a new commission from Debris Stevenson, who describes herself as a "dyslexic writer, grime poet, working-class academic, pansexual ex-Mormon and Bashment dancing social activist from the seam between East London and Essex."

The series concludes on Sunday 10 November 2019 with Alice Zawadzki, whose music spans jazz and European folk traditions ("something of a phenomenon" reckons Mojo), and finishes with A Change Is Gonna Come: Music For Human Rights - an exploration of the power of protest music by Carleen Anderson, pianist Nikki Yeoh, Camilla George and Birmingham-based rapper Lady Sanity.

At the core of A Change Is Gonna Come are choice tracks from Gil Scott-Heron, Woody Guthrie, Nina Simone, Marvin Gaye and Sam Cooke.

Bill Laurance looks to the future 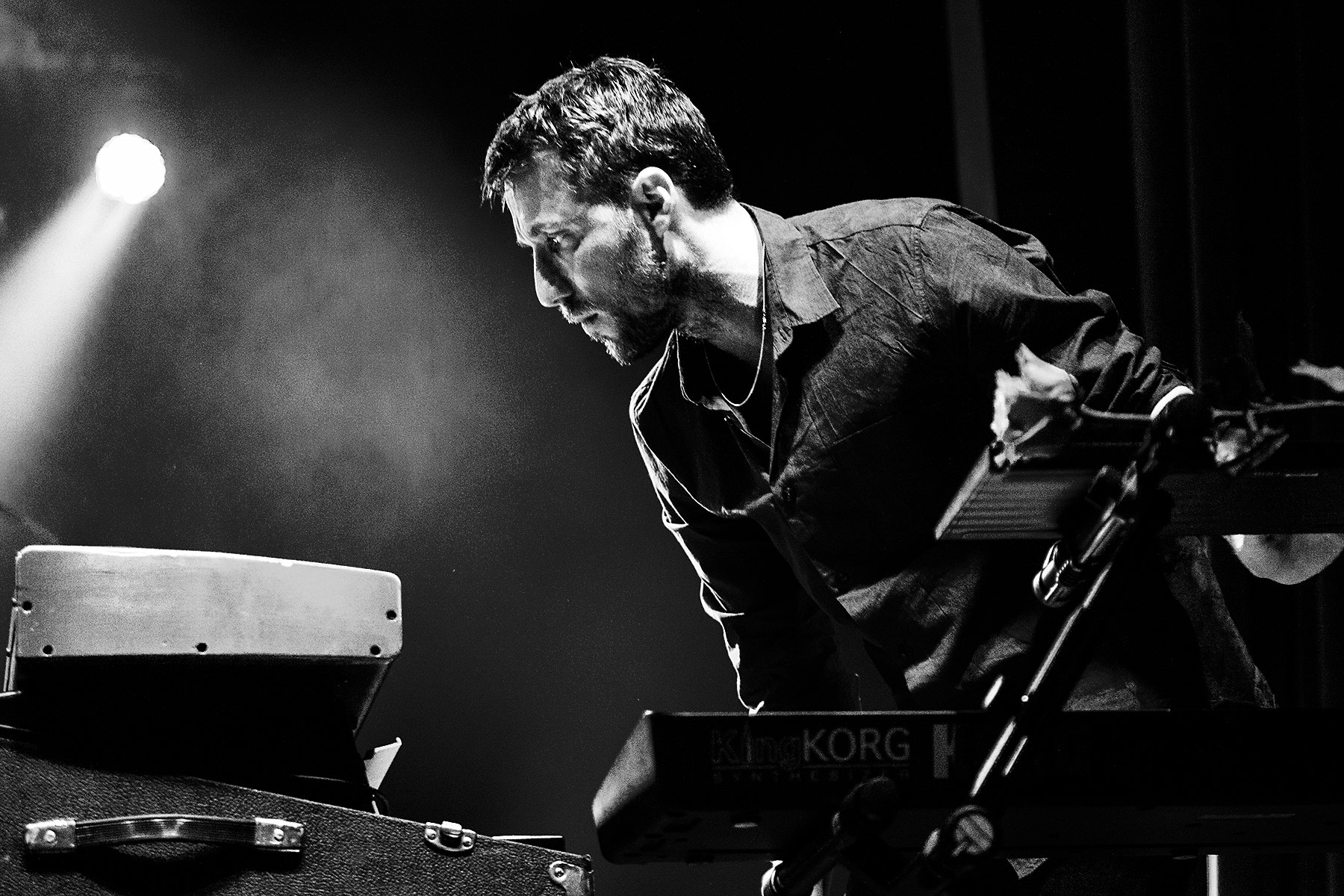 "It's a personal exploration. I'm discovering my own voice, my own sound all the time", explains Bill Laurance of his latest solo album, Cables.

Released via his own label, Flint, the instrumental collection (out now) finds the Snarky Puppy collective member and composer surrounding his trademark piano with electronic textures, beats and sequencers that takes him beyond jazz, and into new realms.

"I think it's definitely more electronic than anything I've made before, and it's also the first concept album I've made," he says.

Inspired by the rapid growth of technology and the ideas of futurist Ray Kurzweil, Bill imagines a world, in the not too distant future, where there's no line between man and machine, and sentient computers are a reality.

In keeping with this idea, Bill's current tour - which visits Warwick Arts Centre, Coventry, on 27 April 2019 - sees the man the Guardian dubbed a 'jazz maestro' temporarily ditch his trio format for a solo set.

"It is total freedom, you can go wherever you want at any point," he enthuses. "A profound thing, really, which I'm enjoying more and more every night."

After the tour concludes in May, there's more Snarky Puppy (their latest LP is out now and there's UK dates set for the autumn), plus several commissions and releases that explore the big band format. There'll also be a new solo record further down the line, but at present Bill is too in the thick of it to envisage how the experience of Cables may influence his approach.

"But that said I'm equally interested in doing another album that will be just acoustic. Seeing where that goes.

"That was what this album was s'posed to be! I said I wanted to do a solo piano album, and Cables was the result!" he laughs. 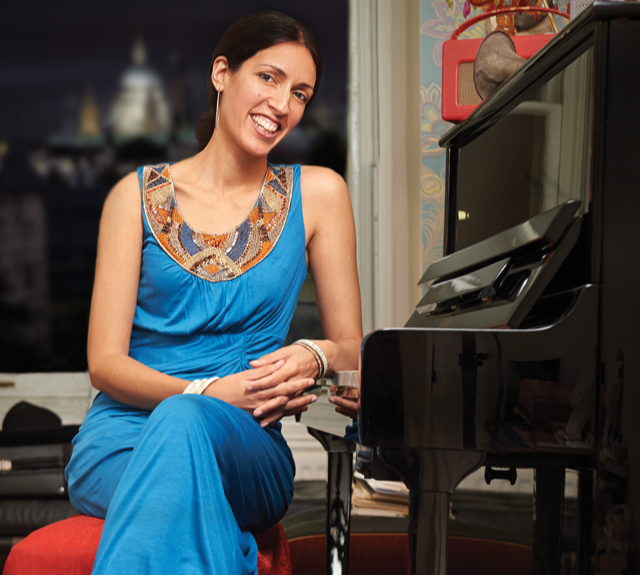 Joining them on the eclectic bill are over 40 acclaimed writers, musicians and artists including US songwriter S. Carey, Elbow approved Californian singer-songwriter Jesca Hoop, and multi-instrumentalist Erland Cooper.

Sunday 23 September 2018
Rihab Azar
United Reformed Church
Rihab was born in the Syrian city of Homs, to a musical family. Her father made her first oud and started teaching her when she was 7-years-old. Since 2015, Rihab has performed around the UK as a soloist and as a member of various ensembles, and she founded Zamaan Trio in 2017. Rihab has a strong connection with her Syrian and Arabic musical roots and has performed at iconic venues such as the Royal Albert Hall, Lambeth Palace, St. Paul's Cathedral, SOAS University, and The National Museum of Denmark.

Wednesday 26 September 2018
Erland Cooper
St. Nicholas' Church
Erland Cooper is an award-winning, multi-instrumentalist and producer who was born and raised on the archipelago of Orkney, Scotland. Having previously released critically acclaimed albums with The Magnetic North and Erland and the Carnival, Erland released his debut solo album, Solan Goose, in spring 2018.

Thursday 27 September 2018
Josienne Clarke & Ben Walker
Tudor Stables, Kenilworth Castle
Josienne Clarke and Ben Walker are five albums and a couple of EPs into a partnership that blends Walker's intricate guitar playing and arrangements with Clarke's compelling songwriting. After self-releasing their first three albums and picking up a BBC Radio 2 Folk Award in the process, Clarke & Walker signed to Rough Trade Records in 2016. Both Richard Thompson and Robert Plant are big fans!

Friday 28 September 2018
Jesca Hoop
St. John's Church
Over the past decade, Hoop has released several acclaimed studio albums and worked with a stellar cast of musicians including Guy Garvey (Elbow) and Sam Beam (Iron & Wine). Love Letter for Fire, her duets record with Beam, was a standout album of 2016. Her latest album, Memories Are Now, was released last year to enormous critical acclaim.

Saturday 29 September 2018
S. Carey
St. John's Church
S. Carey is the moniker of American singer-songwriter Sean Carey, who is perhaps best known as the drummer, keyboard player and supporting vocalist of the Grammy-winning band Bon Iver.
In between tours, Carey has produced three full length solo albums. The latest album, Hundred Acres, was released in February 2018 and finds the musician at his most assured. The album features contributions from a stellar cast, including Rob Moose (yMusic), Casey Foubert (Sufjan Stevens) and Sophie Payten (Gordi).