The_Tin has written about the following acts:

To link to this page, use the URL http://www.hotmusiclive.co.uk/MAGAZINE/magazine/contributor.php?writer=The_Tin 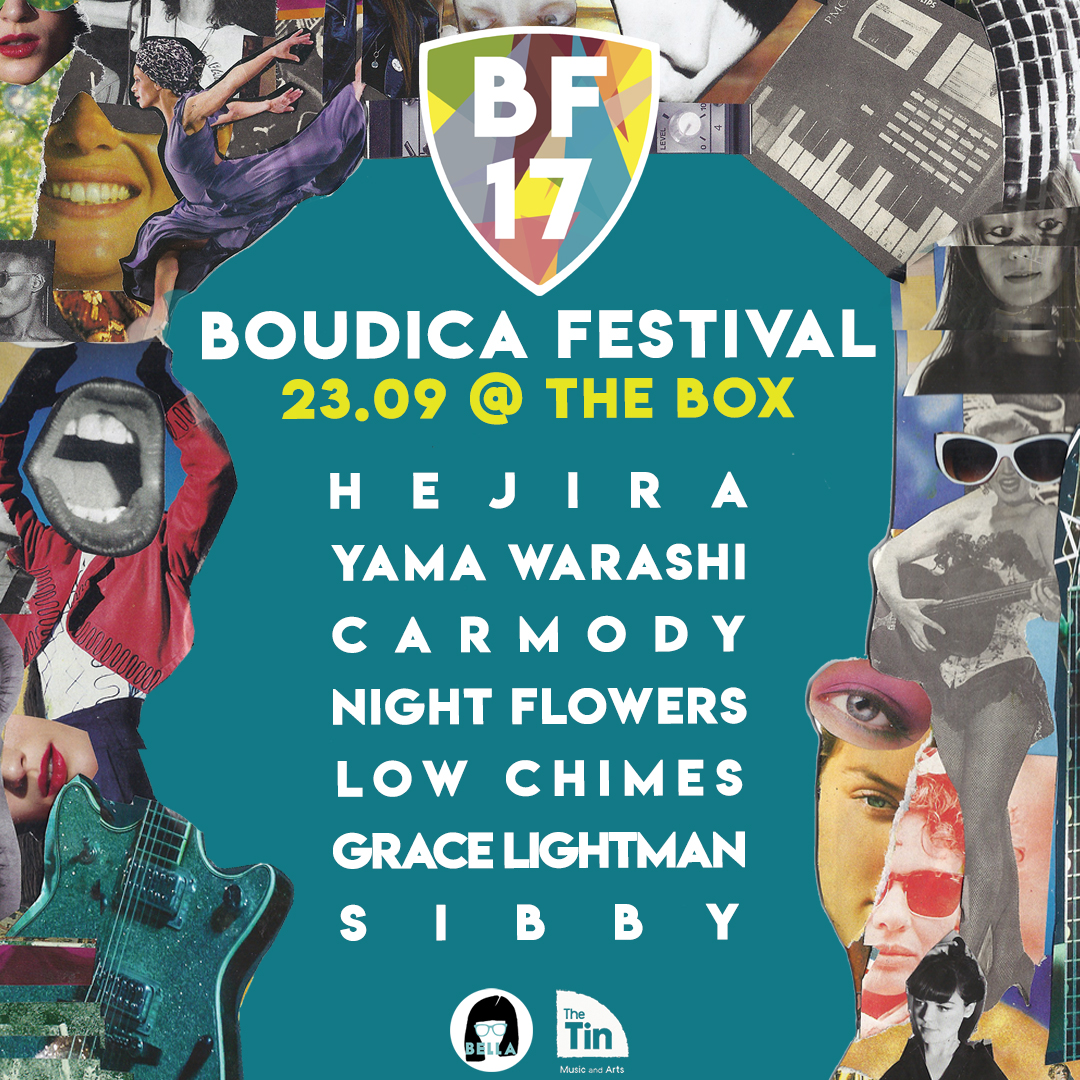 The Tin Music and Arts, in partnership with Bella Promotions, are launching Boudica Festival, a new annual music festival which will highlight the disparities in the number of women working in the music industry.

All these amazing female acts as well as DJs, Street Food, Stalls

With a female focused line up, Boudica Festival (named after the warrior queen thought to have been defeated in battle just north of Coventry) will be a unique event that will give a platform to and celebrate the underrepresented talent of women in the music industry both on the stage and behind the scenes.

A long term aim, as well as having a stellar female line-up, is to form an all female events crew, using the expertise of female sound engineers, lighting technicians and stage managers. As well as providing a platform, we want to highlight the opportunities available to women within the music industry other than performing. Join us on September 23rd for our debut event and be a part of something special!

Music for the Mind

Mind, the mental health charity has wrangled some of the finest acts in Coventry to play together!

Alex Norman, a singer and songwriter who has not only performed at Godiva Festival and won Grosvenors Top Talent 2016.
The Ellipsis, a wild and entertaining four-piece indie-rock band making a name for themselves both locally and globally after having played in Copenhagen recently.
Max Barrett from Quarry will be performing a solo set mixing together covers with his own unique twists and original never heard before songs.
Last but certainly not least, Eva Pemberton who specialises in the acoustic and artist influenced by Amy Winehouse, Joss Stone and James Morrison, will be showing her incredibly range and talent with acoustics.

In addition to the marvelous musicians, there will be a raffle between the acts, with the opportunity to win a selection of prizes. All money raised will go to Mind to support the work they do.

A night not to miss!

RATTLE is a band that focus almost exclusively on drums and more drums, although it's much more intricate than just that. The spectacular drums hide beneath a delicate overlay of vocal harmonies and percussive effects.

RATTLE was formed by Katharine Eira Brown (also of Kogumaza) and Theresa Wrigley (also of Fists), Rattle began as an experiment in crafting rich songs and melody using drums and voice alone, and boy did it take off. Their music weaves and intertwines post-punk, minimalism and experimental rock, through off-kilter rhythms, patterns and counter melodies.

Headlining with Rattle is Myles Manley, but he's not alone, he's bringing his Irish entourage with him. They play minimal pop songs with guitars and drums. Combining to create Tuneful and rhythmically delicious songs.

Myles Manley spent a good number of years involved in the NYC anti-folk scene and collected early releases in various styles as Greatest Hits 2012/2013, which was well received by the Irish music press. His experience in the music industry has only sharpened his talent and now he has the backing of an extremely talented band from his home country of Ireland.

A gig to suit all tastes it seems, be sure to come and see them live this Monday!

Westerman is a 23 year old, London based singer songwriter and a musical storyteller.

Westerman strikes the perfect balance between dreamy electronica music, and deep thoughtful lyrics that seem to drift between reality and fantasy. Wth his music finding inspiration from John Martyn and Nick Drake, Westerman's sounds alludes to the greats. Alongside his clever and stormy lyrics, Westerman pushes classic folk in to 2017 referencing José González.

A huge hit in London, Westerman has begun to branch out to broaden his musical repertoire, and bring his music to as many people as he can. Now supported by the lead guitarist from local Coventry band 'He is a Pegasus' Westerman plays at the Coal vaults at The Tin on his tour across the UK.

Come on down to the Tin and catch this musical genius live, truly a gig to see.