Spacific has written about the following acts:

To link to this page, use the URL http://www.hotmusiclive.co.uk/MAGAZINE/magazine/contributor.php?writer=Spacific 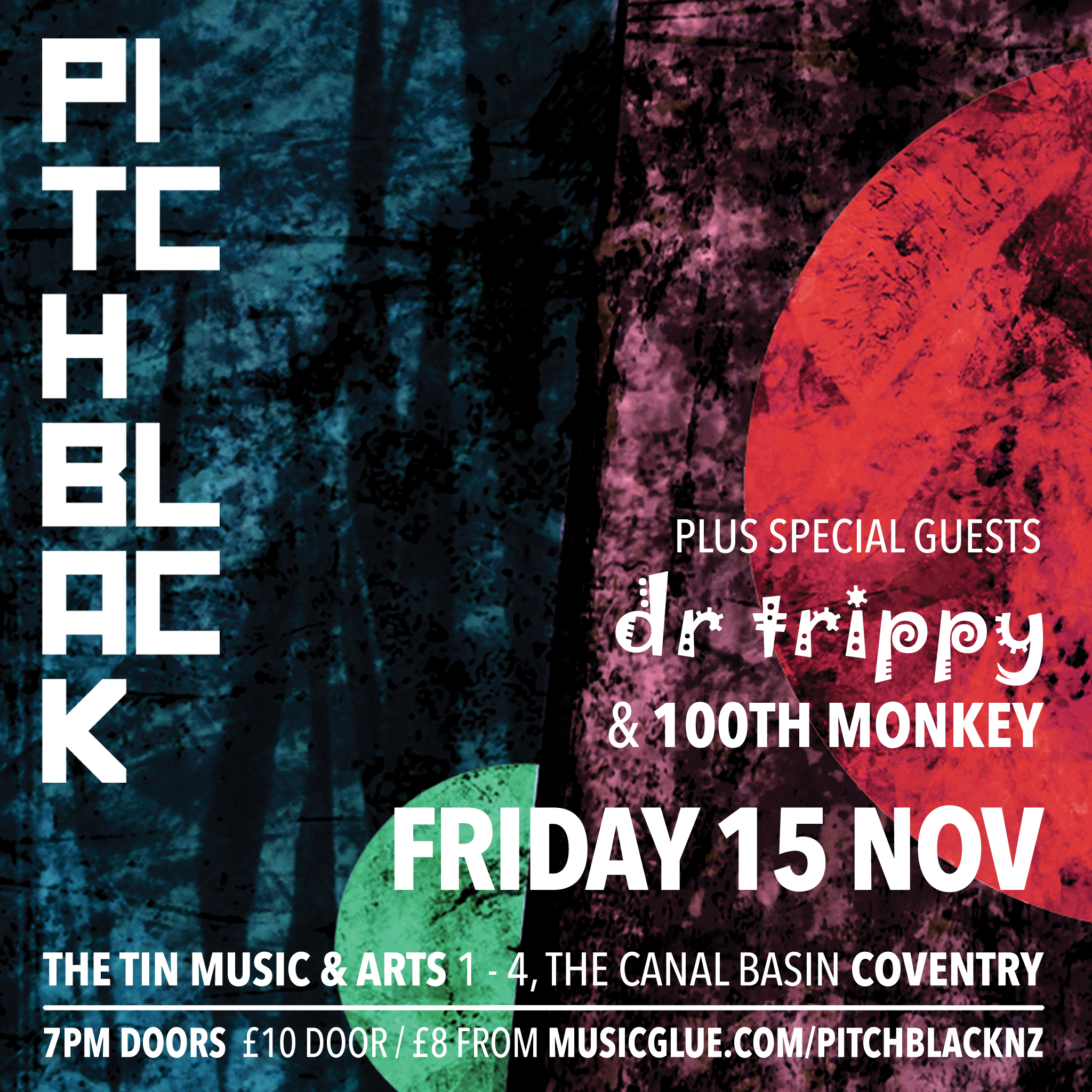 Spacific, in alliance with Disco Gecko Recordings and Dubmission Records, are proud to present an evening of outernational electronica featuring live performances by Pitch Black (New Zealand) and dr trippy (Leamington Spa) plus a DJ set by 100th Monkey (Coventry)

£8 advance tickets available from:
Music Glue - https://bit.ly/2VFYlBv
SEE Tickets - https://see.tickets/pb_cov
or it will be £12 on the door.

PITCH BLACK
Pitch Black are Michael Hodgson and Paddy Free. Having pumped their way through New Zealand's electronic music scene since their inaugural performance at the annual Gathering New Year's eve festival in 1996, they have spent the subsequent years rousing dance floor punters, generating rave reviews, winning awards and gaining thousands of fans across the world.

Hard to box into a single audio 'genre', Pitch Black is a combination of musical journeys. Their sound is distinctive; ranging from organic ambient beginnings and layered soundscapes to skanking keyboards, cutting acid riffs and thumping rhythmic grooves, with dub being the glue that holds their sound together. One critic has described them as like "Orbital meets King Tubby, or Rhythm and Sound in Technicolor".

It is their live show that really makes Pitch Black stand out from the rest of the crowd, both sonically and visually. Their tracks take on an added dynamism and their performances reveal the dialectic behind the band - Paddy wants to do it for the crowd, Michael wants to do it to the crowd. Visually they are in another dimension thanks to Michael's cutting edge visuals.

They have toured the world relentlessly, playing everywhere from Amsterdam to Zagreb and the streets of Las Vegas to the Australian outback, supporting acts such as Coldcut, Skream, Easy Dub All Stars and System 7 along the way.

DR TRIPPY
The creator of Punjabi swamp music, dr trippy (AKA Martin Corbett) has been dancing to the off-beat of the world for some time now with his riot of musical flavours. Sounding like a clash between India and Jamaica at an English festival, his dhol driven tunes are underpinned by the rhythms and resonance of dub, fuelled by a battery of synthesisers and effect units, and awash in esoteric vocals.