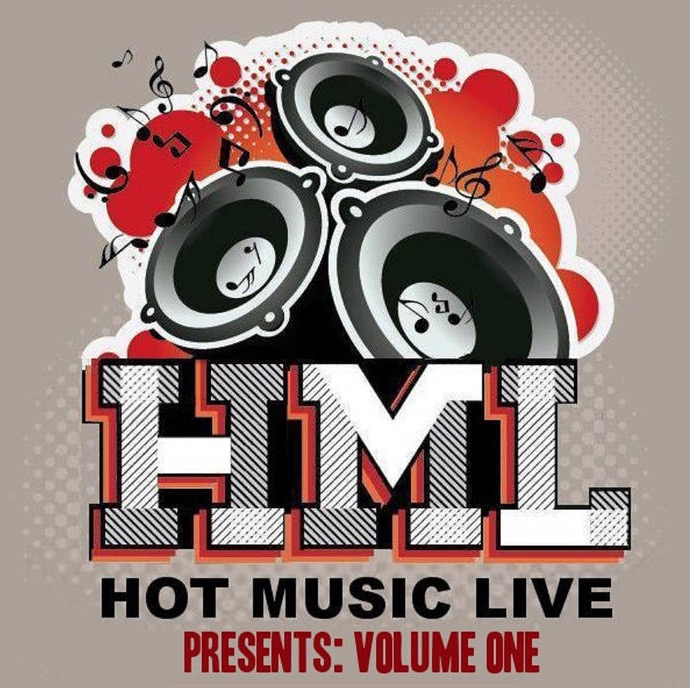 In a nutshell, what is Hot Music Live Presents all about?

It's a showcase for musicians from Coventry and Warwickshire. The aim is to open up the work of musicians who, while locally recognised as  strong, original, individualistic, and talented, are but not well known in the mainstream media.   We've also featured some  historical acts, people who have had more substantial careers in the past but escaped under the radar.

While most people who listen to the album will maybe know one or two of the artists, very few will know all 33.  If they listen with open ears they're in for a lot of nice surprises. This will hopefully spin out into searching for more of those artists' work, perhaps buying  some of their records, going to see them at gigs, and talking about them with their friends. We're aiming to create a beneficial spiral of interest in artists that people consider to be very good and on the cutting edge of what's happening in Coventry and Warwick.

So, hat's the format?

It's currently a 33 track free download online at https://hotmusiclivepresents.bandcamp.com/releases . We're also working towards a double CD, an artefact with an accompanying booklet that links to their  websites and gigs so as to give, artists the opportunity to set their stall out, talk about their philosophy and give credit not only to all the musicians involved but also the producers.

And what was the motivation behind this project?

There is a mismatch between the very few examples of commercial success and a thriving local scene. While gig-goers could cite a dozen or more names of people who are really exciting, not many appearing on mainstream media. If they do it's on specialist radio stations. There's not much on print media and few bigger gigs for these artists.

There was a big hoo hah this year over the 40th anniversary of the two-tone movement, probably the biggest commercial success for Coventry ever had. However, I personally believe there is a huge zeitgeist in Coventry and Warwick at the moment of good songwriting. People are creating individual and original songs of a quality and diversity which I don't think was there ten years ago.

We're living through a bit of a golden age. Because the music is more diverse, it's less easy for people to pick up on than perhaps two-tone which was an extremely homogenous sort of sound.  If we don't celebrate what's happening at the moment there'll be a tendency for some of these artists to just fade away. As Joni Mitchell might have said , ‘We won't know what we've missed till it's gone.'

Can tell us  more bout the business model?

It's about minimal expense! We rely on generosity of the artists; the artists who are on it ‘get it.'  The vast majority of tracks on there have been, or will be, available for commercial release.  It's all down to the generosity of the artists because they buy in to this idea of communality. They feel there's a bigger thing out there; if they contribute to it they can help other people.  If an established act allows us to use their track it acts as a bit of a magnet which maybe helps some of the newer starting artists get in on the same thing.

The biggest name is Horace Panter of the Specials who has been very supportive of the project and kindly allowed us to use an unreleased track. In fact, an important thing with compilations  is to get one or two attractive magnet names to start the ball rolling.   Some of the names, Wes Finch, Kristy Gallagher, and Shanade are fairly well known. What's more  Lieutenant Pigeon have given us a track because we dedicated it to memory of Hilda Woodward who was in the band when they had a number one hit. They're a name!

So it's not all rock acts?

The idea is to portray diversity - that's the important thing. The commonality is the quality and sincerity of the performances and the writing rather than the style.  I would hate to have a genre-specific style - I'm sure things like Stax and Motown and 2-Tone are very powerful calling cards but  our area has musicians working in all sorts of styles and most of the people on the album would prefer not to be genre-defined. Quite a few play acoustic guitar and several have played on folk circuits - although I'm not sure many would define  themselves as folk or indeed as anything else either.  I've seen them play both with full bands and acoustically by themselves and they can take their material and perform it in several different arrangements. It might sound quite rocky and poppy with their full band and more folky when they're playing exactly the same number by themselves with just an acoustic guitar.

Then strong songwriting is a major focus?

I think it's the main point.  From a practical point of view, I wouldn't put together a compilation with cover versions. It's a challenge to get the permissions and it's just not practical. Doing it this way tells a better story; performance plus songwriting holds up a mirror to a greater breadth of their qualities. The songwriting on this album will knock people's socks off, just as much as the performances. There's some very honest songwriting. People are feeding off each other a little and inspiring each other a little bit and you can actually track who's inspiring whom. It's a golden age for songwriting here. Who know if will still be so in five years time?

And where can people find these tracks?

At the moment, it's online at https://hotmusiclivepresents.bandcamp.com/releases  on Bandcamp; it's the only album on there.  Hopefully we will add other albums to it and, if it becomes possible, they are a lot of individual outlets who would stock a version on CD. Ideally it wants a sponsorship deal to make that possible.

How do you choose  which material to put on the album?

Most tracks had already been donated through a previous project that took a strange turn. Some additional material was offered in the aftermath by people who had a good idea of what we wanted. In several cases people sent me four track EPs and told me to make my own choice. It's amazing how often I said, ‘How about this track' and they said, ‘That's the one I would have said'. It's nice when that happens. I was going for ones which I thought would appeal more instantly. The idea is to appeal to people who've not heard them . We ask acts, ‘What do you think best represents you to people who haven't heard you before?'

What other directions do you see this project evolving towards?

When the previous project folded, I was very disappointed and felt that a lot of artists were being let down - ten or twelve people in all. I was encouraged by the musicians who wanted this music to come out nevertheless; they really impressed me with their enthusiasm.

I didn't know how to do it so I would particularly like to thank Sam McNulty (who is on the album with Two Giraffes) who said, ‘Put it online to begin with - it's easy, it's cheap, it'll get publicity'. And I would like to thank Michelle Sciarrotta, who performs as Fall Girl, who said that it seemed to fall really nicely under the banner of Hot Music Live and fitted well with their philosophy , suggesting, "Why don't you go and ask Paul (Englefield) and Alan  (Moores) what they think about it?" Subsequently Wes Finch come to me and asked, ‘Why don't you put a podcast together to showcase these bands?' Other people are also suggesting a live gig to showcase these acts.

There are lots of possibilities, as long as they're viable, as long as they're sustainable … anything's worth trying. One or two radio stations are now picking up on the project; it's great, the ball's rolling!   It not only benefits the project but supports what we were aiming to do.   It's a stimulus, a starting point and a catalyst. If you just back, pat ourselves on the head and say wasn't that nice, I think it just becomes a token vanity project.

In your view, what's the state of play on the local scene?

It's polarised. On one hand, the quality of musicianship and writing is at an all-time high. There's great diversity; people are writing with confidence in many genres, their voices are very, very clear. You can tell who's written a song by listening to the lyrics.  At the other end, there's a debate that's been going on a long time - the situation with live outlets, the chance to hear things is worse than ever. The number of live venues is decreasing. I'm really pleased that we're sitting here in Temperance which has recently opened because they're probably the biggest venue I know at the moment for putting on artists similar to those on the album. Otherwise, the number of venues has shrunk tremendously. The preponderance of ones who are left, the ones who can afford to pay artists a significant fee are preferring cover versions. There's a real danger that we're getting people with the quality but nobody's going to hear them.  A lot of radio stations are channelling whatever coverage they have of local music into very specialist programmes and it's not bleeding into the mainstream shows.

The future is looking rosy.  Here's a starting point;  if people like the music - and I would be horrified if anyone reading this didn't like  a fair few of these songs - I would like them to do a number of things.  I'm going to get polemical on this one -  it's not about an artefact, a one-off or a token, it's about a community of musicians and their audiences.

First, please download the album, please listen to all the tracks because I bet you don't know them all and I'd like to think there's something on there you'd be turned on by.

Second, please share this album with people - let's snowball it and get more people listening.

Third,  if you get an opportunity to support an artist commercially by buying their music, please buy the tracks or albums when they are available.
Fourth, keep your eyes open for gigs. Go along and support them. This sort of music won't necessarily be around for very long - it's no good enjoying it passively, you need to go out and engage with it. If you like it, don't just put a tick on Facebook, do something about it.