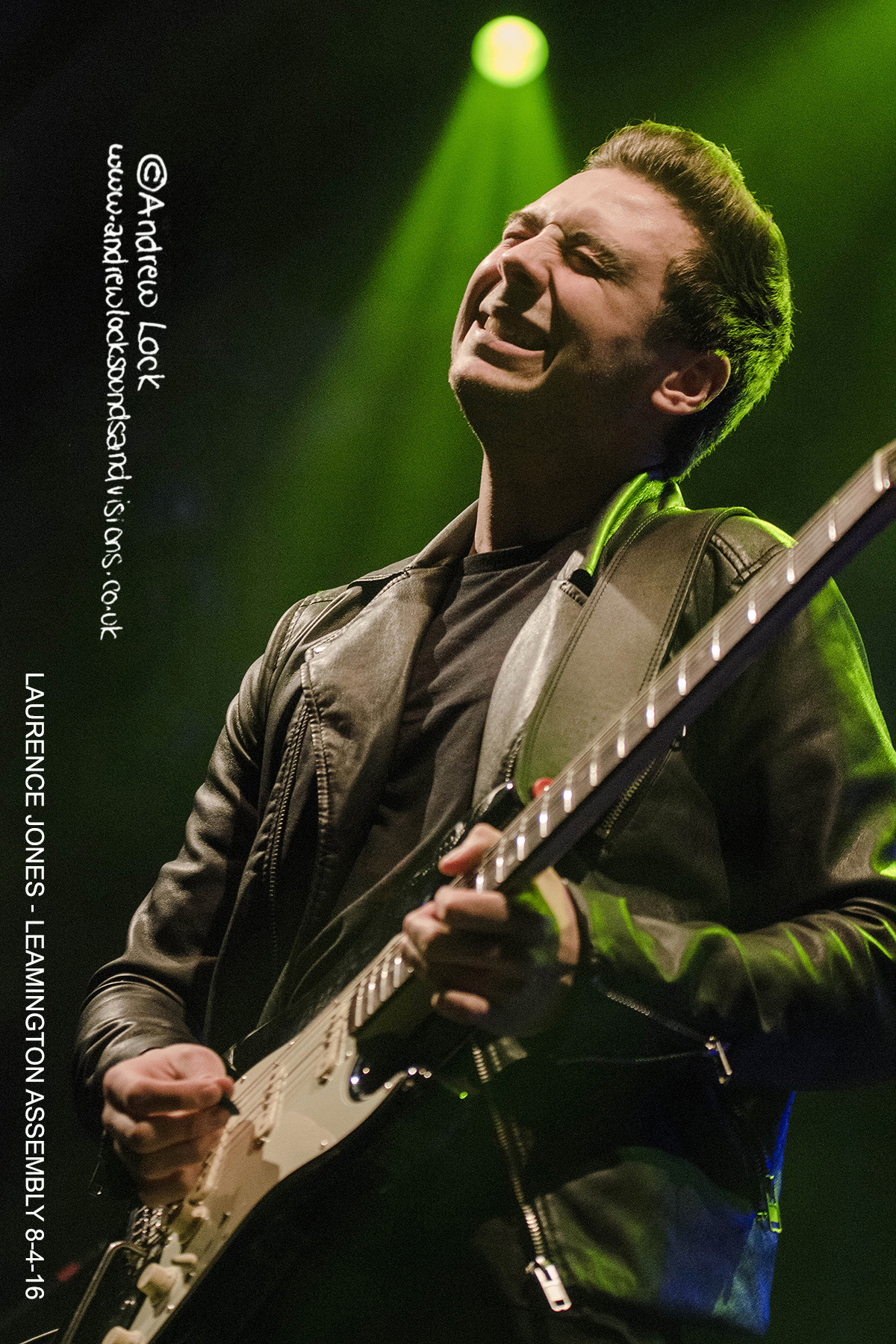 1 of 7
Another very welcome show on home ground by our very own blues sensation Laurence Jones an artist who still unbelievably seems get better and more accomplished each time I see him in action.First up on this three act bill was another talented local musician singer/songwriter Levi Washington, wonderfully smart and stylish he looked to for his solo acoustic set mixing well crafted, at times reggae influenced original numbers with a couple of classy covers.Highlights on the original side included the lyrically clever ‘Sex & Cigarettes' and ‘Fine By Me' which for me had a touch of Ed Sheeran about it and of the covers loved his heartwarming version of Bob Marley's ‘Three Little Birds'.An impressive start to the evening, Levi's set was full of quality guitar picking and rich vocals that complimented his impressive writing skills and he comes over as a pleasant, genuine guy.Next up The Black Circles a cracking three piece blues rock band from Warrington playing their debut gig in town.Well played hard driving rock with a blues edge and for me a good a good dose of Stevie Ray Vaughn was on the menu from these guys and making a particular impression on me was speedy rocker ‘Gypsy Girl' and ‘She's dynamite' with it's sizzling Chuck Berry style riff.All in all a fabulous upbeat set by a band I would love to see in town again.After a humorous but powerful introduction by the evenings larger than life American mc which managed to reference Lemmy, David Bowie, Donald Trump, David Cameron, the wrath of God and Laurence himself Laurence emerged looking every inch the part with slick hair style and leather jacket to a great reception.So pleased that long serving bass player supreme Roger Innis is still up there alongside Laurence as apart from being one of the top bassists around his interplay with Laurence is a joy to behold, there was however a new face in the band with Phil Wilson now on the drum stool who both looked and more importantly played the part perfectly.Opening number ‘Southern Breeze' while fairly low-key and laid back for a starting number worked really well with it's quality groove (think well chilled ZZ Top) and feel good beat, this was followed by the first of many from his last studio album ‘What's It Gonna Be' with the riff-tastic anthem ‘Good Morning Blues'.From the same album we had ‘All I Need' with it's charging backbeat and the wonderfully soaring ‘Set It Free' and from his 2012 debut album the epic title track ‘Thunder In the Sky' was a real showstopper with echoes of blues era Zeppelin and a stunning extended guitar solo.His clever interpretation of Stevie Wonder classic ‘Higher Ground' was a real crowd pleaser turning the number into a bluesy rocker.A rather magical part of the set was when Laurence brought on wonder kid guitarist Toby Lee for a couple of numbers, the ridiculously talented Toby was having a ball trading licks with Mr Jones and scary to think how far this lad could go.I loved Laurence's comment from the stage that when he first jammed with Toby he felt like he had moved from the brightest young blues artist to a veteran performer in one move.For the encore we had a rocking ‘Don't Need No Reason' full of passion and attitude, then after plenty of genuine thank you's to his home crowd it was time to hit the merchandise tables and say hi to the artists.Laurence at this show was again raising money for Crohns & Colitis UK, Laurence has suffered with Crohn's disease for a while now and in response to the care and support he has received during this time he likes to give something back, this tells you a lot about what a genuine, caring young man this is as well as an artist of incredible talent.Andrew Lock

No support just two hours of the finest modern blues around curtesy of our local boy Laurence and his red hot, explosive band and talking of his band ...
[3 images] END_OF_DOCUMENT_TOKEN_TO_BE_REPLACED

One of our very best local blues men Laurence Jones is back on home turf this May when he performs at The Zephyr Lounge on Friday 4th in conjunction ...
[3 images] END_OF_DOCUMENT_TOKEN_TO_BE_REPLACED

Another welcome return to town for one of our very own (Shipston-on-Stour, close enough!) and after his fabulous show at the smaller Zephyr Lounge ...
[3 images] END_OF_DOCUMENT_TOKEN_TO_BE_REPLACED

The multi award winning Blues sensation 25-year-old Laurence Jones was interviewed after his brilliant gig at the Zephyr Lounge in Leamington Spa on ...
[3 images] END_OF_DOCUMENT_TOKEN_TO_BE_REPLACED

Yet another spectacular performance by this amazing blues artist and another on home turf (he regularly looks after what he calls his family of local ...
[5 images] END_OF_DOCUMENT_TOKEN_TO_BE_REPLACED

Be it jamming on stage with Steve Walwyn and Joanne Shaw Taylor, supporting King King, headlining his own shows at the Zephyr Lounge and Leamington ...
[2 images] END_OF_DOCUMENT_TOKEN_TO_BE_REPLACED

AMBER RUN have announced an acoustic live show ‘AMBER RUN UNPLUGGED' at The Assembly, Leamington Spa on 10th May 2022 TICKETS ARE ON SALE NOW ...
[1 image] END_OF_DOCUMENT_TOKEN_TO_BE_REPLACED