Simon Ward has taken photographs of the following acts: 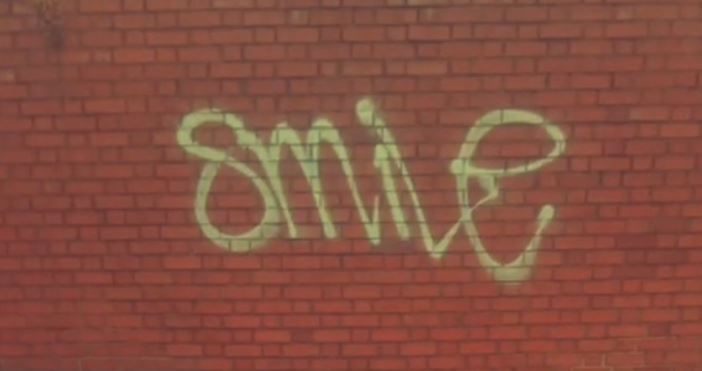 It was back in June that I introduced you to the debut single of Avidfan (the nom de musique of King of the Alps/Special Brew/Some Kinda Earthquake/Big Decision/Eight Miles High bass player and prolific "Hot Music Live Presents" featured instrumentalist Simon Ward). That one was called "Always Be Coventry" and if you neither heard the song nor read our review, you probably can work out its subject. You ought to try both though.

This time, I can tell you about the follow up "Smile" which came out today to mark World Singing Day. Which is something I wouldn't otherwise have been aware of I'm afraid.

This song once again is based upon a jazzy bass part (I'd say that as his band playing roles tend to give him less scope for this sort of thing, being Avidfan occasionally is really allowing Simon to access his inner Mingus. Which he is clearly enjoying.) but something a bit more relaxed and carefree, compared with its predecessor which in hindsight had something of an intensity. Not that that is intended as a negative criticism: Simon is a hugely positive advocate of his home city and, keen blood donor as he is, when he gives, no doubt the proceeds are a certain shade of blue. I think we can respect his keenness to extol what he so fervently believes in.

This time I think the depth of sincerity is still there, only this time he's expressing something different & adapting his mode accordingly. Whereas "Always Be Coventry" was site specific (it's hard to imagine heavy sales to anyone aside of Coventry ex-pats outside the city), this one addresses broader values. The theme seems to be around decent mental health & psychological well being with a manifesto encouraging happiness: not the worst idea at any time and especially in these uncertain and unsettling times.

Not someone who seems terribly keen to put himself forward as a vocalist, Simon performed "Always Be Coventry" by himself in a recitative style which clearly he felt comfortable with and was perfectly suited to the story in hand. This time round, he gets closer to orthodox singing with a mantra around smiling being possibly contagious and possibly our salvation, but also drops in a repeated sample by Vincent Price (ok using a noted horror film actor for what I've just described sounds at first counter intuitive but it's from "The Great Mouse Detective" so that's alright) and that works very nicely indeed.

In fact one of the joys of "Smile" is taking what Simon no doubt intends: an extremely focused and simple idea which he conveys effectively and then plunging down into the subtleties of the production. The sample is for example given the odd dub treatment among its reiterations. The bass propels the track as we'd expect, but then you notice a simple guitar chiming away and something (I know not what) being played backwards: again for that dubwise grooviness. By then it's lodged in your brain: again presumably the intention. Simon wants smiling to become contagious: "Smile" itself is infectious.

As before, there is a witty & humane video which complements and re-emphasises the music which you can find at:

This also heavily references a tagging campaign in Coventry which drew both positive and negative reactions and which was the original inspiration for "Smile'. 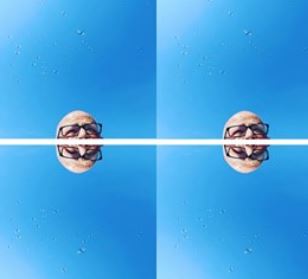 If you do not yet know the name of Simon Ward as well as you might do, then you could do worse than check out the credits on the various ‘Hot Music Live Presents' volumes as no-one else has appeared in the series as often as he has: with his current band King of the Alps plus former groups, Some Kinda Earthquake, Big Decision & Eight Miles High. You may also have seen him play with other bands not on those albums, perhaps most notably ska band Special Brew. In addition to his record role as a performer in the series to date, I find it hard to think of too many people as enthusiastic for supporting the project nor for supporting fellow musicians at gigs: you are as likely to find him in a local audience as you are on stage: so here's a chance to express my gratitude at least.

It's also a chance to recognise a landmark for him, as he has created his first solo single "Always Be Coventry", released today under the name of what he tells me has been his musical persona for many years without hitherto having had the occasion to use it for a release: Avidfan.

Not only did Simon create everything you hear, but he's also produced its accompanying video which you can see at:

An unashamed paean in words, music and images to his native city, Simon's motivation is very pure: to celebrate what he appreciates about Coventry and to inspire others to adopt his template in order to do the same from their own perspectives: in fact he is planning to work with his local school to produce their own to get the ball rolling: what an excellent example of true, passionate & grassroots culture and one I applaud.

It seems almost inappropriate to try to dissect the musicality of the single given what I've just said, but  "Always Be Coventry"  stands up as a piece of music. Simon is a bass player and there are few players of that instrument who issue solo singles which centre on their weapon of choice: most I can think of either swap for six strings themselves or bring in plenty of other players. The only other example which springs readily to mind is Horace Panter's solo "Goa Blues"/"Depleted Uranium Dub". However Simon plays to his strength and while you are watching his city travelogue and hearing him recite his "alphabetical ode", it's to a classy & groovy bass (and drum) tune: and it works really nicely. Simon is a tasteful player whose playing of ska, rockabilly, psychedelia and underpinning Paul Ingram's genre ignoring King of the Alps songs etc bear testament to his range: here he has free rein to indulge himself in something on the jazzier side of the dubwise, yet true to form it's not self indulgent: it serves the piece rather than showing off. Frankly Coventry is fortunate to have someone who loves it sufficiently to craft such a touching and tasteful tribute.