Manya Kay has taken photographs of the following acts:

"Changing with the Seasons" by Chloë Boehm 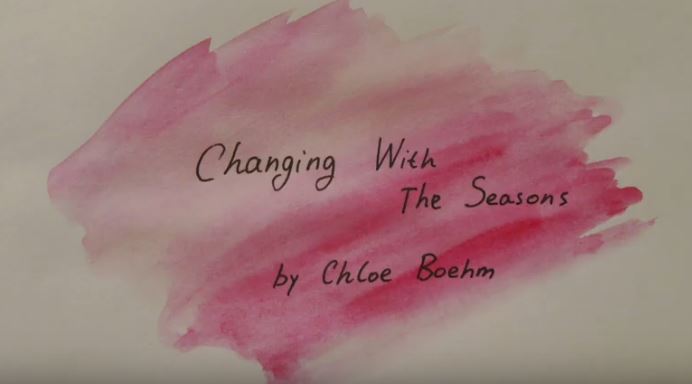 Although  Chloë Boehm has only appeared in "Hot Music Live" for under a year, she is already one of the local artists on a particularly steep upwards trajectory , and this despite the obvious constraints for much of that period. Her debut, "Dare You" appears on ‘Hot Music Live Presents Volume Three' while her most recent release, "Writers" (reviewed in September) has been an immediate hit with local music lovers, maintaining high placings in the HillzFM charts ever since its appearance.

Her latest song to share is called "Changing with the Seasons" (release date tbc) and you can enjoy it with its accompanying video by Manya Kay at https://youtu.be/OV9tvGDULp0

Switching to piano after the guitar accompaniment of her previous work, again she has opted for a very skeletal arrangement, with her vocals leading the song. This sparse approach suits her intimate & reflective lyrics well & only serves to heighten the emotional honesty bordering on a painful introspection which is emerging as a key characteristic of her work.

The words are admirably clear in their apparent meaning (time & change are naturally part of this as the title suggests, but there is more to it than that), yet there remains a sense with Chloë's pieces that these can be obscuring something less tangible: a personal tale she is willing to share with us up to a point, but with certain details kept private. This is understandable (in fact plenty of songs are probably of this ilk to some degree) and justifiable given that as the song progresses the rawness of the emotions becomes more pronounced & the listener (well this one) becomes uncomfortably aware that they may be peeping into part of an individual trauma.

If "Writers" represented a very significant step up in her creative development then in its own way "Changing with the Seasons' shows another progression beyond that. It will be very interesting to see what Chloë is capable of once the shackles are cast off.