Jack Blackman has taken photographs of the following acts: 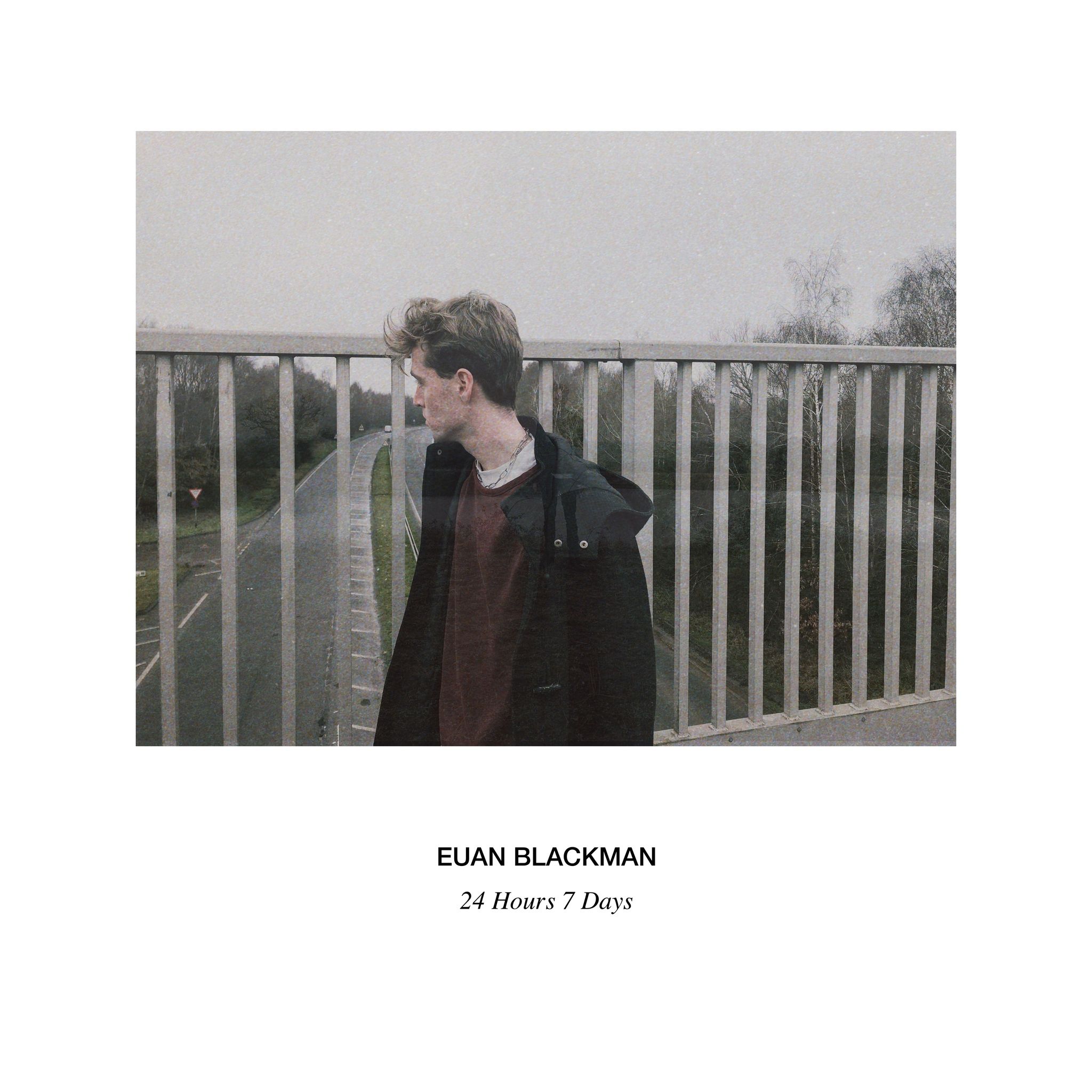 Fresh in from Alcester based artist Euan Blackman is his brand new release "24 Hours 7 Days": just when I imagined that the products of lockdown writing & production were coming to an end, here pops up a very fine example.

As it was recorded in his "childhood bedroom" maybe it epitomises this very curious and unexpected sub genre. As he clearly agonised over every tiny detail in its creation, that too may be an aspect of creative lives which will become in time a tale to tell younger generations. Obsession can be a very dangerous mode but there is no doubt that those sitting in solitude with no other focus than getting it Exactly Right have these past months made some extraordinary music which we never anticipated.

Unsurprisingly, the lyrical focus seems to draw a lot from the lockdown experience (which I suppose sounds like ride at a very bad theme park), yet Euan has had the wit to twist it away from some sort of pandemic self pitying towards an exploration of the sense of separation within a romantic relationship: which is much more attractive as a listening proposition as well as probably setting the song up for greater longevity of popularity. Lockdown as metaphor maybe?

The subject matter therefore occupies a similar temporal space to The Chefs' 1981 "24 Hours" classic and despite being nearly the polar opposite in terms of lyrical direction, shares something of that song's infectious bounce: in this case also hinting at an eventual optimistic outcome which is most welcome: I don't think anyone wants to hear anything too doomed at the moment.  Another artist whose work immediately came to mind the first time I heard it was John Lennon:  "24 Hours 7 Days" shares a little of the DNA of his dreamy, late Beatles acoustic songs such as "Julia" or "Across the Universe" (with finger picking reminiscent of the former). As he is a student at Liverpool Institute of Performing Arts, maybe that is fitting. Euan may be pretty upset by missing his beloved and being cooped up, but he seems to have a coping mechanism of pastoral mindfulness going on. This is not one of those taut, edgy lockdown paranoia fests.

Very ably aided by Olivia Mayall on backing vocals and Charlie Braddick who mixed and mastered the track, we are reminded too that in today's technological environment, working minutely on a song in your own bedroom by yourself does not automatically exclude others from the creative process nor limit you to a smaller piece of work than you envisage in your mind. I have been overwhelmed almost by how so many people I know have upskilled over the last year and a bit: thinking back to those first few fumbled livestreams on phones set at 90o through learning the basis of recording yourself to realising that you could collaborate on tracks with others anywhere in the world from the comfort of your own home & integrate them into the songs as if they'd been right beside you. I am not sure that people will continue in such a vein now (and I'm sure all my friends who run professional studios would rather that they didn't) but they now have useful extra talents to deploy at need. (speaking of extra talents, the photograph of Euan is by Jack Blackman & Euan himself designed the single's artwork).

You can see a video of "24 Hours 7 Days" at  https://www.youtube.com/watch?v=KtSP9MlABNo

I haven't reviewed Euan's work before, so I'm glad to have a chance to put that right, though I'm not sure how many previous formal releases he has had that I might have written about. He self describes as an artist who "…crafts introspective and evergreen songs for rainy road trips with wistful gazes. There is something of the past in his music, not retrospect, but memories we all share, tales of the human condition in soft focus" and I think either that encapsulates much of "24 Hours 7 Days" or else "24 Hours 7 Days" provides excellent evidence of these qualities. Since I gather an EP is being worked on, with luck, that will give me further chances, but in the meantime, this hypnotic and beautiful song has me hooked.

In the meantime you can catch him live playing in his brother Jack's (who is certainly no stranger to the pages of "Hot Music Live') band The Beautiful Wreck at Lakefest at Eastnor in Herefordshire on August 13th and the Moseley Folk Festival on Saturday 4th September: one presumes these will not feature his own material, so I hope solo gigs will follow in time. 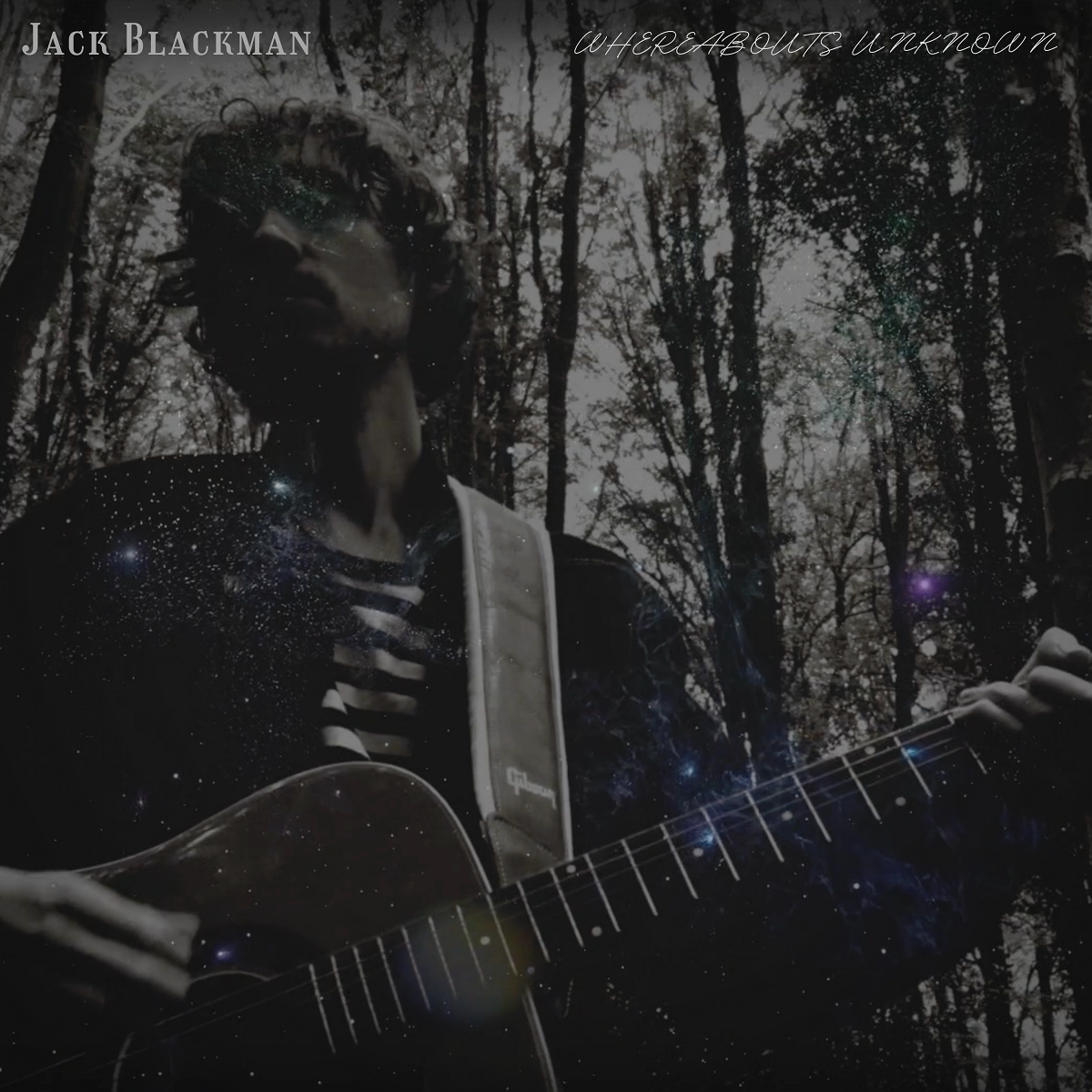 After his most impressive prolific run of form since the music scene was turned upon its head, from "Self Isolation Song" (which is also on ‘Hot Music Live Presents Volume Four') through  "Empty Beretta", (in September), "Hard Place To Be" & "Ballad of Clopton House" (both in October) and "Straight Up Genius" (November), culminating in his Christmas single (as "Jack Blackman and the Beautiful Wreck"), the marvellous "I Wish It Was Summer (At Christmas Time)", it's hardly surprising if Jack Blackman has paused for breath (and he's been doing a lot of teaching too) at the start of the new year.

However he is back now with "Whereabouts Unknown" which comes out on February 19th. Written (as you'd expected) by Jack himself, it features him playing acoustic, electric, slide & bass guitars, percussion and keyboards as well singing and it was mixed by Joe Collier.

Quite apart from the innate qualities of each song in this sequence (and they are far from few), what is striking is the range of styles & themes within them: it simply isn't possible to pigeonhole his range of interests & areas of expertise, except possibly within the much broader category of "roots". It is this sense of authenticity which elevates what he writes & performs above the level of dazzling technical expertise (admirable as this is) to create genuine songs with real emotional connection, whether he is operating with folk, blues or even garage rock contexts as he has so recently.

"Whereabouts Unknown" in fact ventures into completely new sonic territory from its immediate predecessors & sits very much at the gentler & more vulnerable end of the spectrum of what Jack can offer the world. It demonstrates just what he can do with quieter tones & restrained playing and singing, creating impact through withholding the more jagged edges of his virtuosity & making our imaginations fill in the gaps for ourselves: thus giving us more of a stake in what the song is seeking to say. That's not to say that the track is timid nor lacking in power: it certainly possesses the rawness of spirit which characterises Jack's work: he just chooses to deploy his skills in a way which best serves what he writing about- in this case the loss of one's place in the world, which he pulls off in a most affecting manner.

As with "Ballad of Clopton House", this single has a beautiful stark and bleak video shot locally which can be seen here: https://youtu.be/J8OxCNtZJJQ