Chris Logan has taken photographs of the following acts: 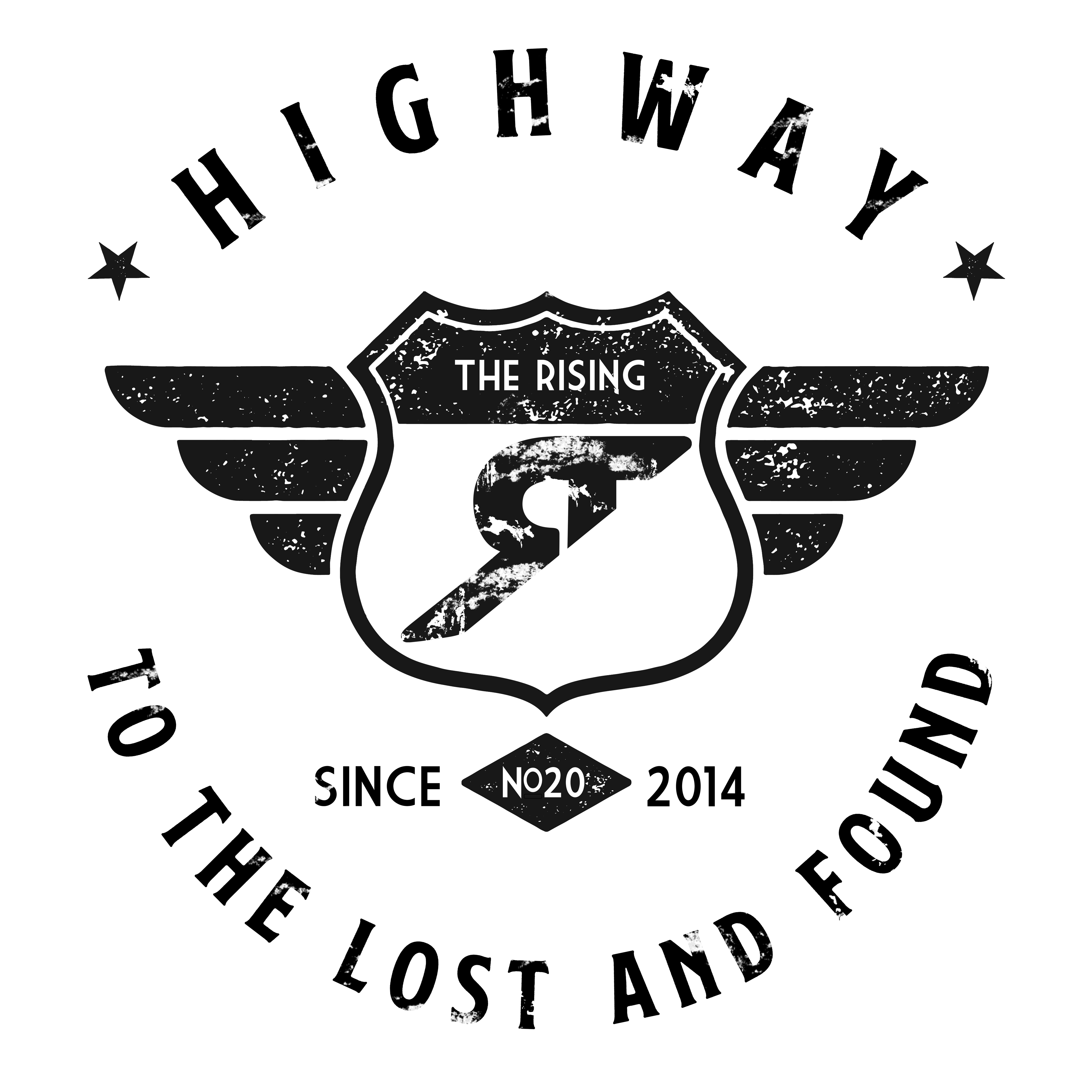 True to their mission, The Rising are back with a new single "Highway to the Lost & Found"  (due out on 3rd September) just over a month after the excellent "Break The Chains". Both tracks will eventually be also found on the ‘No Hope Without Love' EP in October: indeed this will be the fourth single from that EP.

Equally sticking to their guns, this latest song sounds nothing like its predecessor nor indeed anything else they have previously shared with us. This commitment to exploring the breadth of their musical interests and enthusiasms and keep their audience both entertained by the variety and startled by each successive release is laudable and they certainly avoid the trap of change for change's sake as every one to date has borne their trademark integrity and each one stands up thoroughly on its own merits.

This time round, the "rock" button is firmly depressed and it's a joy to hear both Chris on his guitar and Chantelle with her vocals let completely off the leash and allowed to rock out in their own unique ways. This is The Rising as you've heard before nor conceived of. As with the other recent tracks, they performed it all themselves bar the drums which arrived from Nashville courtesy of Chris Brush and they carried out all the production magic themselves at their own Renegade Maverick Studio with mastering by Pete Maher.

Titled after a comment Chris once made in an interview about careers in music and seeking to encapsulate the highs and lows of the journey, I expected from the title something similar to the bleak landscapes of say Ry Cooder or "Nebraska" type Springsteen songs, but in fact the song is more redolent of the bluesy bars and juke joints along the road than the wide open countryside between them. Spiced lyrically with anecdotes of life on the road, the song apparently came to the duo easily and made its life debut at their recent "Pub in the Park" gig in Warwick. It would not surprise me in the least if the song did not become a fixture in their set for a long while to come.

This is yet another facet of The Rising and as with the various styles they have previously embraced, they do it really well. While previously they very much identified with a country/pop crossover, it's interesting that their current attempt at self description is "whilst their music may cover a range of genres they are perhaps best described as blending the fresh-faced sounds of today's Pop/Rock with Modern Country Rock Stylings": quite a long and loose definition which reflects the nature of their releases over the past year or so, many of which have drifted quite a distance from their country departure point. It's a nice problem to have when you can't quite pin down your own music nor pigeonhole it and hopefully the media and audiences instead of being fazed by this (mainstream media don't half like the security of knowing which box an artist is in) will celebrate this. I know I do.

This is also a most timely opportunity too to publicly congratulate Chantelle on her successfully completing her degree in music and audio production at Queen's University, Belfast. 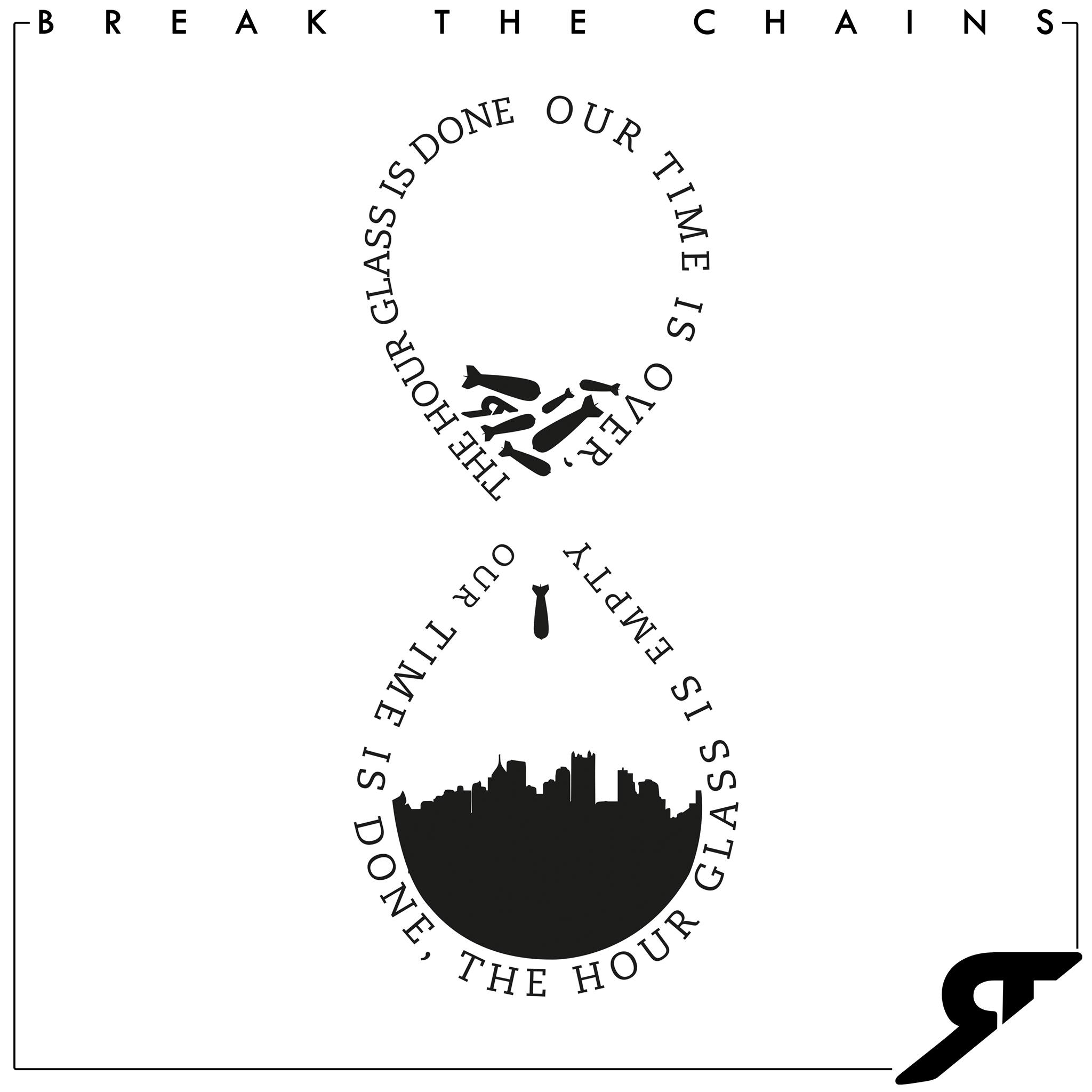 I hope you have been following the progression of singles released by The Rising from their upcoming ‘No Hope Without Love' EP?  Following April's "You Had It All"  and June's "Bruise You Left", guitarist Chris Logan & vocalist Chantelle McAteer are sharing the third instalment, "Break The Chains", with us on 23rd July, keeping to their promise of new material every six weeks.

Recorded once again at their own Renegade Maverick studios with the additional help once again of drum parts flown over from Nashville courtesy of Chris Brush and mastering by Pete Maher, "Break The Chains" plays a card which the duo like to play from time to time and keep us fully on our toes, namely offering something significantly different to much of their other work. You'll recollect I hope the most startling of these wild cards, "Shadows on the Wall" from last year which deals with child abuse but that is merely the most high profile of such songs which punctuate the tales of love gone wrong  and from time to time, gone right. "Ain't Nobody Got Me Here But Me" from earlier this year also broke a few boundaries for them to add another example.

I have often paused when talking about The Rising to others: especially describing their music as their name comes from their favourite Bruce Springsteen album, yet listening to their body of work, you'd be hard pressed to guess that he is an artist they admire so much given the frequent country style they adopt. Now though they seem ready to go more "Boss" for us and I'm glad they have. Drawing not just on Springsteen's inspiration but that of artists such as Woody Guthrie and Bob Dylan (who of course has recorded several country flavoured albums and duetted with Johnny Cash), they have decided to speak out on issues which move them and have written a protest song.

Being The Rising however, they feel no especial need to sound like any of those three above mentioned musicians (let's face it could anyone mistake Chantelle's voice for that of Bob Dylan? They are pretty distinct). However serious their words may be, the sound is their trademark breezy one: I suspect they care sufficiently about what they are saying that they'd like people to listen to it: which arguably a downbeat traditional protest song would achieve less well (which reminds me of the late Neil Innes' "Protest Song" parody ".."I've suffered for my music and now it's your turn.."). In fact the clarity of Chantelle's diction in her singing is a major bonus for getting such messages across rather better than some other practitioners of similar sentiment. Add in her passionate and intense vocal honesty and you do get a strong message.

Themed around a sense of aiming for global emancipation from negative elements such as racism and gender inequality in favour of a greater sense of common experience and need, this is the song in which the overall EP's name crops up among the lyrics. Painting an apocalyptic picture of what the alternative might be (and if we don't watch out is already shaping up to be), not only is the singing intense but the backing is built to match: something far further along the band's spectrum of edginess than normal, the guitar solo in particular sparks with a righteous anger. Interestingly, this song is the third I've reviewed this year already to use "the sky is on fire" as an image of impending doom: following in the highly respected footsteps of Ellie Gowers & of Luke Concannon. Let's hope they are all wrong in the longer term.

I do appreciate it when artists take us by surprise by the form as well as content of songs: it's a mark of distinction and given that as I write this, their current single "Bruise You Left" has just become their first track to surpass 10,000 streams, many others are waking up to their worth. Let's hope that "Break The Chains" touches a similar chord & gets even more.

In terms of live work, I'm pleased to see that the band were able to return from their relocation for last weekend's "Pub In The Park" gig in Warwick and they have been named too as playing the BBC Introducing Stage at the Big Feastival on 29th August.