Andy McGeechan has taken photographs of the following acts: 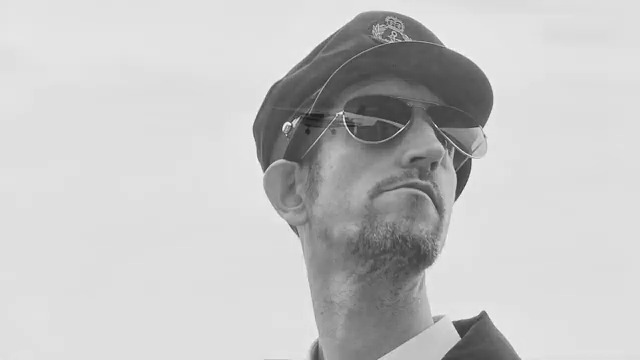 Last month, I caught up with John Rivers at Woodbine Street Studios and shared some of his enthusiasms with you. One of those was his work with The Eyes of Isabel, a band who have as yet to feature in the magazine, so I felt that it was a good opportunity to put that right.

As luck would have it, the proceeds of the latest sessions at Woodbine had resulted in the release of "Race Against Time", so that gives me the opportunity to introduce you to the band via a review.

As with fellow Coventry electro-pop artist(s) Paradise of the Titans, The Eyes of Isabel is in fact essentially the vision of one visionary, in this case Tony Ally, augmented as needed in the studio. In this case "Race Against Time" also features (in addition to Tony on vocals and keyboards) Woodbine Street's very own John on other keyboards and backing vocals and Eddy Hewitt on keyboards, bass, guitar & drums: so in addition to their skills on the production side, I'm delighted to be able to showcase John & Eddy's all too rarely reviewed performing talents.

n addition, entering the world of the Eyes of Isabel through this song, I was able to sample some of their previous work such as last year's "High Speed Photography" and 2020's "From the Darkness to the Daylight" and "Working on Your Chemistry" via the videos of regular collaborator Andy McGeechan (his channel, on which all their videos can be found is https://www.youtube.com/channel/UCdMtrYxTyLc8ipS_E7DDmzw) which are joys in themselves & offer additional insights into the songs themselves. Please do find the time to check them out: I think you'll be delighted as I was.

At this point, my response was "why on earth had I not encountered this great stuff before?" but then perhaps I can be excused by the fact that there is a significant volume of great local music around at the moment & the band do seem to have something of an underground status (I can't seem to find any evidence of live work, which is perhaps not surprising given the nature of the band). Anyway, I am obliged (as I regularly am) to John for the heads up.

For The Eyes of Isabel are very much a connoisseurs' band, if you like your music classy and with layers of subtlety, yet to be honest, the songs are so accessible that given a higher level of publicity, I think there is a considerable potential for popular appeal: songs of similar style, though of not necessarily equivalent quality often sold well in the early 1980s.

The key to the songs I've heard so far is a strong narrative sensibility (hence the ease with which the highly narrative videos fit the tracks like gloves), and one can imagine Tony having visuals as much as sounds in his head during the writing process.

"Race Against Time" has a video set in Holloway Prison in 1969 (at least at the start) and can broadly be described as having a gaol break theme, though that is selling the story very short: I strongly recommend that you check it out in full for yourself. (https://www.youtube.com/watch?v=t5Bb4o6pX_g)

Musically, as I say, the sound is a great balance between that apparent simplicity which draws you into the song yet a lot of detailed nuggets which encourage & reward repeated plays. You get a sense here of John's delight given the scope for such subtle playing and the production challenge of getting what is quite a quiet track just right, delicately revealing each element.

One of my own points of comparison was with the Monochrome Set, who certainly tend to highlight a slightly more conventionally guitar centred sound, yet nevertheless posses similar aesthetics: sophisticated yet connectable tunes, witty & literate lyrics which tell resolved stories and perhaps too something of that cultish status. All of which I intend as compliments.

The other tracks I mentioned above all offer their own pleasures (though I gather with slightly different contributors): the continuity being the cinematic qualities plus the beautifully crafted tunes, words and arrangements, yet each being so clearly distinct that they evidence a capacity to create afresh each time, with that general approach yet not a restricted single template.

I look forward to more from The Eyes of Isabel & I think you'll appreciate their many charms too.