"I'm Not Scared" by Euan Blackman 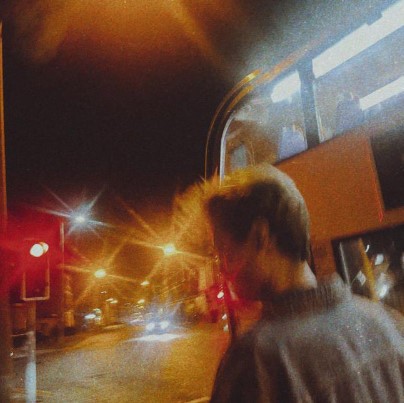 I hoped that you enjoyed the most recent Euan Blackman single "HIGHHIGHHIGH" which we reviewed here (it's also to be found on ‘Hot Music Live Presents Volume Seven')?

Well here he is back today with its follow up, "I'm Not Scared" featuring backing vocals from  rising folk artist Cooza and from Livia.

One of those wry songs whose music belies its message creating an instant tension which adds to its power, the song sounds a jaunty pop one: certainly not from the rootsier end of folk, but if you listen to what Euan is singing about, you get fear (despite the brave face of the title & the refrain) and discomfort as it's actually about poor housing conditions where not only do you lack the homely comforts & security you need, but your anxiety conjures up ghosts to act as metaphors for your attempts to manage living in such an environment.

I do appreciate it when artists use this sort of paradoxical approach: it's a little bit subversive, adds a sense of depth to their creativity & makes the audience work that little bit harder to unpack the full gist of the song.

It also adds a little humour to what otherwise would need to be a rather downbeat song & I think that's no bad thing, especially if Euan wants to build an audience, as long as he doesn't trivialise the subject, which I don't think he does as it gives off an aroma of sympathy & sense of trying to process negative emotions and experiences without being crushed by hopelessness.

If you are a fan of Euan Blackman, then you'll know his mission statement is "Alt folk for kind folk"  and therefore won't be too ...
[3 images] END_OF_DOCUMENT_TOKEN_TO_BE_REPLACED

Out now from Euan Blackman is his fifth single, "LED Lights": a track from this ‘alt folk for kind folk' artist which is definitely from the ...
[1 image] END_OF_DOCUMENT_TOKEN_TO_BE_REPLACED

Just over a month since we told you about his "Sinking" single, Euan Blackman will be releasing his third one "HIGHHIGHHIGH" tomorrow (Friday).
[1 image] END_OF_DOCUMENT_TOKEN_TO_BE_REPLACED

On 2nd September, Euan Blackman will be releasing "Sinking", his follow up to the widely praised and popular "24 Hours 7 Days" and I gather it will ...
[1 image] END_OF_DOCUMENT_TOKEN_TO_BE_REPLACED

Fresh in from Alcester based artist Euan Blackman is his brand new release "24 Hours 7 Days": just when I imagined that the products of lockdown ...
[1 image] END_OF_DOCUMENT_TOKEN_TO_BE_REPLACED