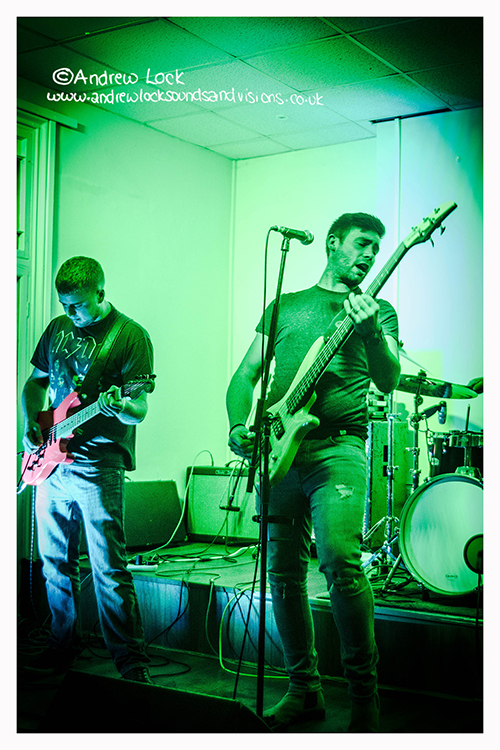 What a weekend of live music put together by Peter Drew (with a little help from his friends) and all put on to to raise money for Guide Dogs For The Blind.
Taking place over a weekend with 9 bands performing at either Leif on the Friday or the Oak House on Saturday and closing with a jam session on Sunday afternoon again at the Oak House.
I made both the Friday and Saturday and such an array of fine musical talent it was, touching on many so genres and it was a cracking line-up, cheers Peter.
First up the sensational vocal harmonies of ‘Just Us' with a selection of covers by the likes of The Hollies, Beatles and Everly Brothers as well as wonderful original material.
Next turning up the volume with a set of rock covers and a new line-up it was Pete Drew himself on the sticks for ‘The Intruders' including a pounding AC/DC track.
Next with a set of the finest indie rock numbers with more fine harmonies it was ‘The Blurtones' followed by the rocking psychobilly of the three piece ‘Jack O' Bones' who had the place and dance floor rocking.
Well that was Friday, Saturday began in gentle fashion with the smooth jazz stylings of ‘Coffee House Brew' followed by the classic rock covers of the ‘Old Smokehouse Band' which included a rare cover of Humble Pie's ‘Natural Born Woman'.
Time for youth next with ‘Twisted Minds' and such a diverse set it was from Buddy Holly to Oasis, next the fabulously named ‘Four Snakes One Charm' powerful vocals by Sarah (who also performed on the nights opening set by Coffee House Brew which showed her more laid back side) with a rocking blues band behind her.
Last up one of my favourite local bands the ‘Jolly Rogers' who opened with Motley Crues ‘Kickstart My Heart' and the pace did not wane all set.
I heard over £500 was raised for the charity, well done Peter and thanks to all the great bands who gave their time and performed so well, the venues everybody who assisted over the weekend or donated to the collection buckets.

Question : When did you begin writing ?Answer : At 16y ears I began writing lyrics to songs then music .
[2 images] END_OF_DOCUMENT_TOKEN_TO_BE_REPLACED

Just had the receipt back from The Cinnamon Trust and the amount raised for them by my recent "ROCK AND ROLL DREAMS COME TRUE" live music photo ...
[1 image] END_OF_DOCUMENT_TOKEN_TO_BE_REPLACED

Just had my first certificate from the one of the charities that benefited from my recent "Rock and Roll Dreams Come True" live music photo ...
[1 image] END_OF_DOCUMENT_TOKEN_TO_BE_REPLACED