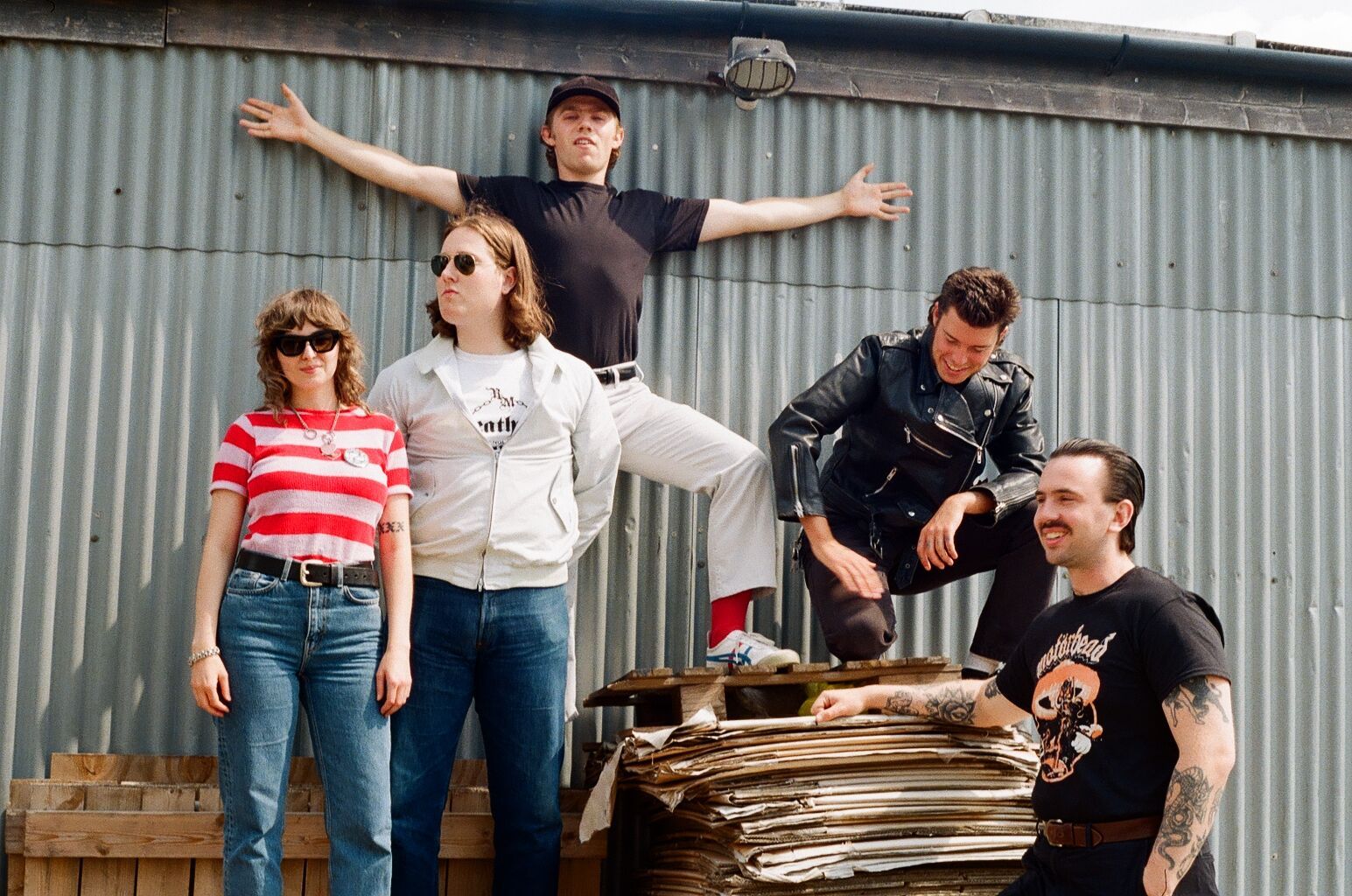 As premiered by Steve Lamacq on BBC 6Music, the track is part of a double A-side 7" out on May 28th via Partisan that will feature another new track entitled 'Life's Lemons'. 'Lightning Don't Strike Twice' is a three-minute ride through the band's entire moodboard – opening with lap slide noodling before steering into anthemic pub rock with snarling lyrics. The video was directed by Jasper Cable-Alexander, and takes inspiration from '90s internet cafés.

Speaking of the track, frontman Charlie 'Chubby' Manning offers: "I wrote this song about social inequality. Not mine but the people I saw around me. I feel like the whole premise of poverty is presented like this game in which if you play your cards right you can escape. In reality it's more like playing a game of dice when they're loaded against your favour. Constantly being struck by lightning and being told that it will never happen again. I remember witnessing someone's telephone voice where they had to change their voice when conducting business or applying for jobs so they don't come across as if they are from a lower class.

"I wrote the last verse about that because it disgusted me that in a system supposedly created on meritocracy a human being has to change their identity to try and shake unemployment. I've had very few jobs that required me to go for an interview. No one really cares who you are when you drive a minicab or lay out cables so I'm lucky in that sense. But many people aren't."

Both 'Lightning Don't Strike Twice' and 'Life's Lemons' will appear on the band's highly anticipated second LP due out later this year. More music + info on that coming soon!

The band have also announced a bumper 40-date tour of the UK and Ireland through November and December of this year offering a chance for many to finally see just why they've become one of the most exciting and talked-about punk bands in the world over the past year.

Chubby and the Gang recently performed virtually for SXSW, watch them play 'All Along the Uxbridge Road', from their acclaimed 2020 debut Speed Kills HERE.

Fronted by Manning (a former cabbie who now also works as an electrician), Chubby and the Gang have been leading a pack of bands coming out of a new wave of British Hardcore. Speed Kills was one of the critical surprises of the year thanks to its unrelentingly fun concoction of hardcore, pub rock, doo wop, and blues. The album was produced by Jonah Falco of Fucked Up, and boasts songs of deep substance and political conscience with a precise sense of time and place. It received an 8.0 Pitchfork review, Stereogum praised its "massive barroom gang choruses, power chords at breakneck tempos, rock spelled R-A-W-K and visceral gratification," while The Guardian declared them "UK punk's most vital new band" and NME called them "the scene's clear front-runners" and Speed Kills "a thrilling white-knuckle ride through multiple flavours of hardcore punk".