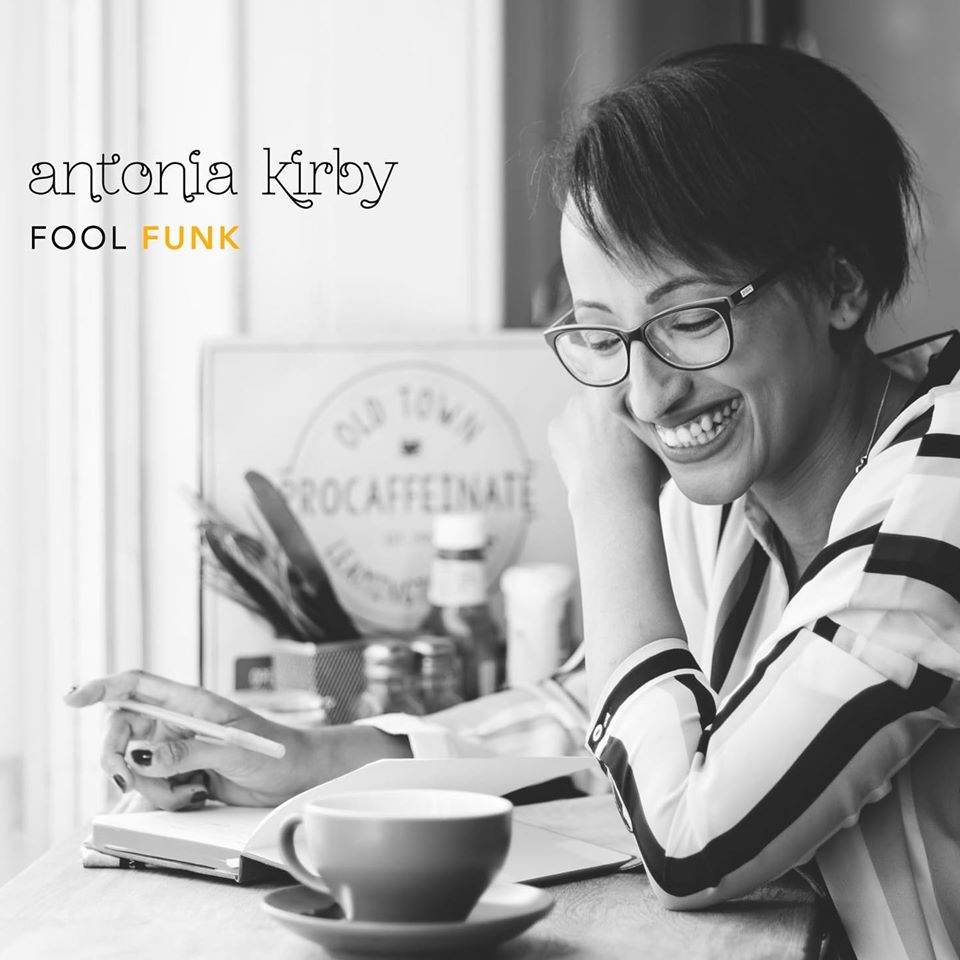 I briefed you all on December 20th on Antonia Kirby's excellent new single "Fool" and here I am a mere eleven days later telling you about the same composition again. However I hope you'll excuse my so doing on the grounds that this is in fact a substantially reworked version of "Fool", which she has named "Fool (Funk)".

You can probably guess from its title the style this version appears in: though I'd probably go for a sort of jazz/funk crossover rather than pure funk. You can certainly groove to this release though given that the words are the same and the story remains as it was, it's still one probably to listen to rather than go wild on the dancefloor to. Though you could well shimmy a little I think.

Antonia points out that in the world of reworkings, artists normally go for the fuller production first & then maybe an unplugged or starker format, but here she has reversed that. Wisely too I feel: the starker original arrangement I think brought out the lyrics to full effect: here she deliberately understates them which is another valid & powerful way of giving voice to what she has to say (check out my previous review for precisely what that is) but it's a more subtle approach & I'd understand how the message might be relatively less obvious against this cool & seductive vibe.

Reworked it may be, but even this version strips the instrumentation to a necessary minimum  and still foregrounds the vocals, taking you along with it and sounding like those involved had fun so doing...

Why not acquire both versions & hear the same observations from two complementary perspectives which reflect some of the many facets of this artist?

I'm pleased to have the opportunity to tell you of a new Antonia Kirby song: the first I think I've reported on to you since "Sides of Me" ...
[1 image] END_OF_DOCUMENT_TOKEN_TO_BE_REPLACED

After the misfortune of having the dreaded lurgy delay the anticipated & planned release of her new EP "Sides of Me", Antonia Kirby (whose "Labour ...
[1 image] END_OF_DOCUMENT_TOKEN_TO_BE_REPLACED

Today I'd like to share with you the latest single (out today) by Antonia Kirby whose"Labour of Love" appears on ‘Hot Music Live Presents ...
[1 image] END_OF_DOCUMENT_TOKEN_TO_BE_REPLACED

Today I have the opportunity to repair another omission in my reviewing history for "Hot Music Live":  to be precise until this moment, I have not ...
[1 image] END_OF_DOCUMENT_TOKEN_TO_BE_REPLACED