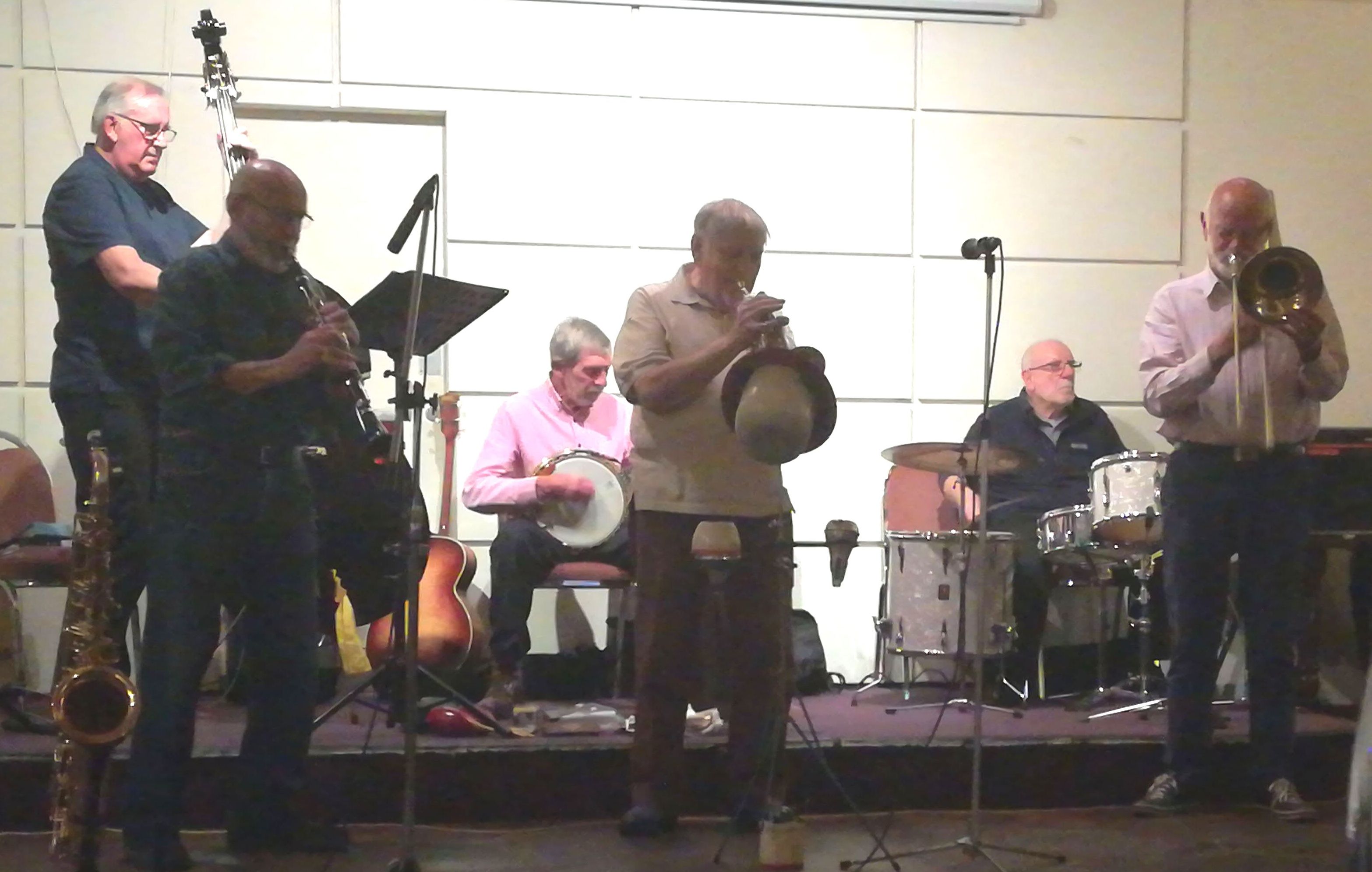 A superb night was had by one and all at The Ansty on Monday 22nd October. Tierra Buena is a band that has been together since I was a lad, (I am now approaching my 78th year). They have a regular Monday night gig at the Grove Road club in Ansty, just off Junction2 of the M6. Ostensibly a New Orleans traditional jazz band, the listener can expect any number of different styles, including Sidney Bechet, Duke Ellington, and many others including, just for example, Fats Waller. They are just as likely to play Latin American style too. Their set list usually comprises of just two or three numbers to get started, thereafter it seems to be composed almost entirely of requests from the audience. Their portfolio is counted in hundreds of numbers and you will hear songs and tunes that are both familiar and new (to you).

The regular personnel of Brian Bates, leader, (Cornet and Vocals), Dave Wagstaff, (Banjo/Guitar), Al Sharp, (Drums), Dave "Spud" Taylor, (Clarinet and Tenor Sax) and John McIntosh (Bass) were supplemented on this occasion by Avo Avesson (Trombone), due to the enforced indisposition of founder member,  Brian "Watty" Wathen. We all wish Watty a speedy recovery, I have yet to see a musician who enjoys his playing more, (although I suppose Paul Richards, percussionist with the Folk/Rock band "Fred's House" runs him a close second. If there were an award for the "happiest drummer" Paul's name would definitely appear on it. The closeness of the Tierra Buena Jazz Band ensures that everyone, especially, but not exclusively, the audience enjoys their playing.

It is some months since I last mentioned them in these pages, although I do try to get to one of their gigs every couple of months. There is no doubt they are tremendous value, £5 on the door and drinks at club prices. Every Monday night, 8.00pm until 10.30pm, a good and varied night of excellent music is guaranteed.

Sorry the photo is so poor, I only had my phone with me and the lighting was not great, the music was superb though!

Ansty is a village and civil parish in Warwickshire and  was part of the County of the City of Coventry until that county was dissolved in 1842.
[10 images] END_OF_DOCUMENT_TOKEN_TO_BE_REPLACED