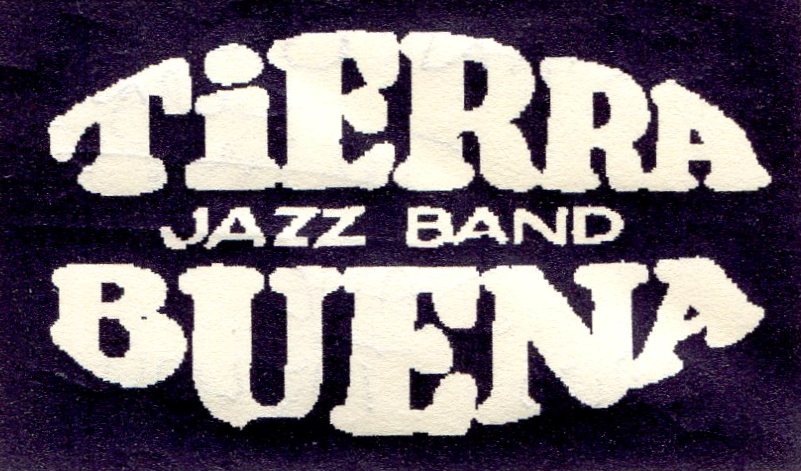 Ansty is a village and civil parish in Warwickshire and  was part of the County of the City of Coventry until that county was dissolved in 1842. It is notable for another thing now, it is the home every Monday night to Tierra Buena a band whose style is New Orleans Jazz.  They perform at the Ansty Club in Grove Road CV7 9JD. Traditional New Orleans jazz is alive and well in Warwickshire.

This is no ordinary jazz band because the core of the band, Brian Bates, (Cornet and Vocals), Brian "Watty" Wathen (Trombone and Vocals) and Dave Wagstaff (Banjo and Guitar) are the same three fellas who formed the band sixty years ago in 1958! Other personnel include Dave "Spud" Taylor, (Clarinet and Tenor Sax), Al Sharp on Drums and John McIntosh on double bass. On this occasion, Dave Wagstaff was indisposed so sitting in was multi-instrumentalist Ian Parry, playing banjo and guitar.

On Easter Monday 2nd April, they opened their account with "Eyes of Texas" one of over six hundred (600) songs and tunes in their repertoire. You name it they can play it. Their years of playing together shows in their mutual understanding of what each of them is going to do next. As is often the case, each of the front line take solos during the numbers and during Louis Armstrong's "Papa Dip," Watty gave a good impression of Trummy Young in the trombone solo. I don't think I have seen a musician enjoying playing his music as much as Watty appears to do. His delight is infectious and the audience warmed to him and his style. Al Sharp drives the beat along nicely and seemingly with the effort commensurate with several decades behind the skins.

Doubling on clarinet and tenor saxophone, Dave Taylor makes his hard work appear so effortless, especially when called upon to play the reed part of (say) "High Society." This was one of a few requests from the audience with which the band happily complied.  There were some numbers in the set, (each of which seemed to be the subject of a few second's discussion between the players), which I had not heard before.  One such was "I Saw Stars" in which Brian Bates took the vocal before allowing Ian Parry to take a lengthy guitar solo. There was no hint that he was not a regular member of the band in the way that he fitted in. Incidentally he had driven up from his home in West London to take part, having been playing elsewhere in Coventry the previous day. There's dedication for you.

The numbers that the band played are too many to list here, but some simply have to be noted. "Seems Like Old Times" (being here with you) was played in a pleasing swing style, again with vocals from Brian and guitar solo from Ian, before each of the front line took superb solos.  Watty took the vocal in a lively rendition of Clarence William's "Cake Walking Babies". Brian Bates on cornet is inventive with his solos, I am sure that I heard a cameo appearance of Rondo al a Turk during "Every body Loves  My Baby" but it seems to come so naturally that I am not sure he realised it himself.  They do not always restrict themselves to the standard jazz four beats in a bar, for example "Go Down To New Orleans" was played with a Latin beat and each of Spud, Brian and Watty variously played the maracas whilst the others were delighting us with their instrumentals.

Brian donned a Willie Nelson style headband for "Crazy" and then led the band into a super active version of "Stevedore Stomp" to close the show.

It was a super night and for only £5 admission with drinks at club prices, it was a bargain. I had no idea that this was a regular event on every Monday evening commencing 8.00pm. I heard of it only through a casual conversation with bass player John McIntosh. This needs to be publicised more because there must be many jazz fans in Coventry and the surrounding area who would be delighted to attend. Even if you are not a jazz fan, if you know someone who is, tell them about it and come along with them to give it a try.  You will probably find me there now I know about this musical gem of a night.

A superb night was had by one and all at The Ansty on Monday 22nd October.
[2 images] END_OF_DOCUMENT_TOKEN_TO_BE_REPLACED