Lorna Dea At The Fusilier


Lorna Dea At The Fusilier 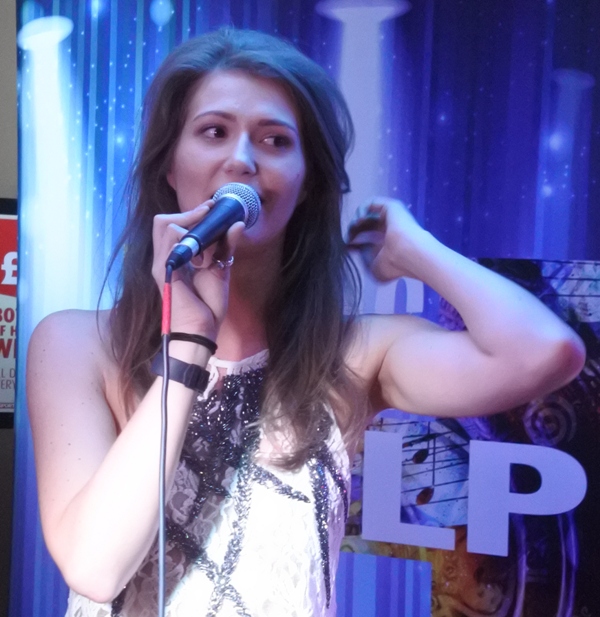 Lorna Dea has taken over hosting the Big Help Music Showcases at The Fusilier In Leamington and The Bear in Rugby.  On Friday 16th of this month she had not one but TWO artists bail out through having the bug that is going round. However we need not have worried, such is the depth of talent at Big Help Academy that we had a full evening of entertainment.

Lorna Dea herself not only performs Motown and Soul classics, but writes her own songs too. Her second EP recently charted at number five in the i-tunes R&B/Soul Charts earlier this month and the title track "Comfort Zone" was selected as "Track of the week" by BBC Radio Leicester. She has appeared on BBC Introducing in the East Midlands too. Topping all that is the news that on 14th March, she will be performing two half hour sets to twenty thousand concert fans at the O2 arena in London supporting Paloma Faith.  She is a regular and popular artist at The Fusilier. I am sure that her warm personality and talent will keep the fans at The Dome royally entertained.

Lorna started off her set with one of her originals, "My King" which featured on her first EP issued a year ago. This one of my favourites of her songs as I have an affinity with the message contained therein. Naturally she also included the songs off her latest in a set that captivated the audience.

Abz Winter has a voice of such power that it sends a frisson though those present at any of her gigs. Her opening number was The Zutons' "Valerie" which alone was miles better that another performer's efforts on prime time TV the following night! Alesha Keys' "If I Ain't Got You"  preceded a triumphant "I, (who have nothing)" This song, which has been recorded by a plethora of British and US stars, from Shirley Bassey, to Lisa Minelli, even Donny Osmond, actually started out as an Italian song, "Uno Dei Tanti." It took a couple of years before an English version appeared in 1963.

There were Goosebumps all round as Abz held the extended power note for an seemingly impossibly long time  at the end of "I Know Where I've Been" from the musical Hairspray. Perhaps the lower register at the start of the song could have done with coming up half a tone, but once it got going it was magnificent. At fifteen, perhaps it is a little ahead of time for Abz to be considering such things. but in Megan Trainor's "Dear Future Husband", she is laying out the ground rules for a future marriage. No gig featuring girl singers would be complete with out an Adele song and Abz duly obliged with "When we were young." Every time I see her I like this girl more.

Trinity Trappett is a BHM protégé who is learning her trade, She had spent an exhausting day prior to the gig in the studio in a one to one song writing/producing session with a very able producer. She is gaining confidence all the time. A Paloma Faith song appeared early in her set with "New York" the song of a love rival which was a city was delivered well by  this young teenager. She also visited The Rhianna, Sean Mendes and Britney Spear song books, before giving a lively performance of another Paloma Faith song, "Stone Cold Sober".  She returned to home soil for what I considered to be her best number on the night, Gabrielle Aplin's "Please Don't Say You Love Me."

One of the most attractive and accomplished acts on the bill was Kieran Taylour. He accompanied himself on guitar singing a variety of covers and a couple of his own original works. I was particularly taken with his song "Daddies Girl" Kieran's experience, he is now in his twenties, showed through when he gave fine performance of Nina Simone's  dramatic "Feeling Good." It takes a certain amount of confidence to tackle such an iconic song for a Friday night pub crowd. I have to say that this confidence was not misplaced. Ed Sheeran's "Perfect," was ...well, perfect. I first encountered this young man at the BHM Christmas Concert in St. Andrew's Church, where he was  stage manager, although he did do a couple of songs himself. It is no wonder her is in demand for weddings and family gatherings, he has the necessary skills to carry them off with ease.

The Fusilier continues to hold these showcases once a month and will also be the venue for possibly a couple of Folk On the Water Festival concerts during the first week of July.