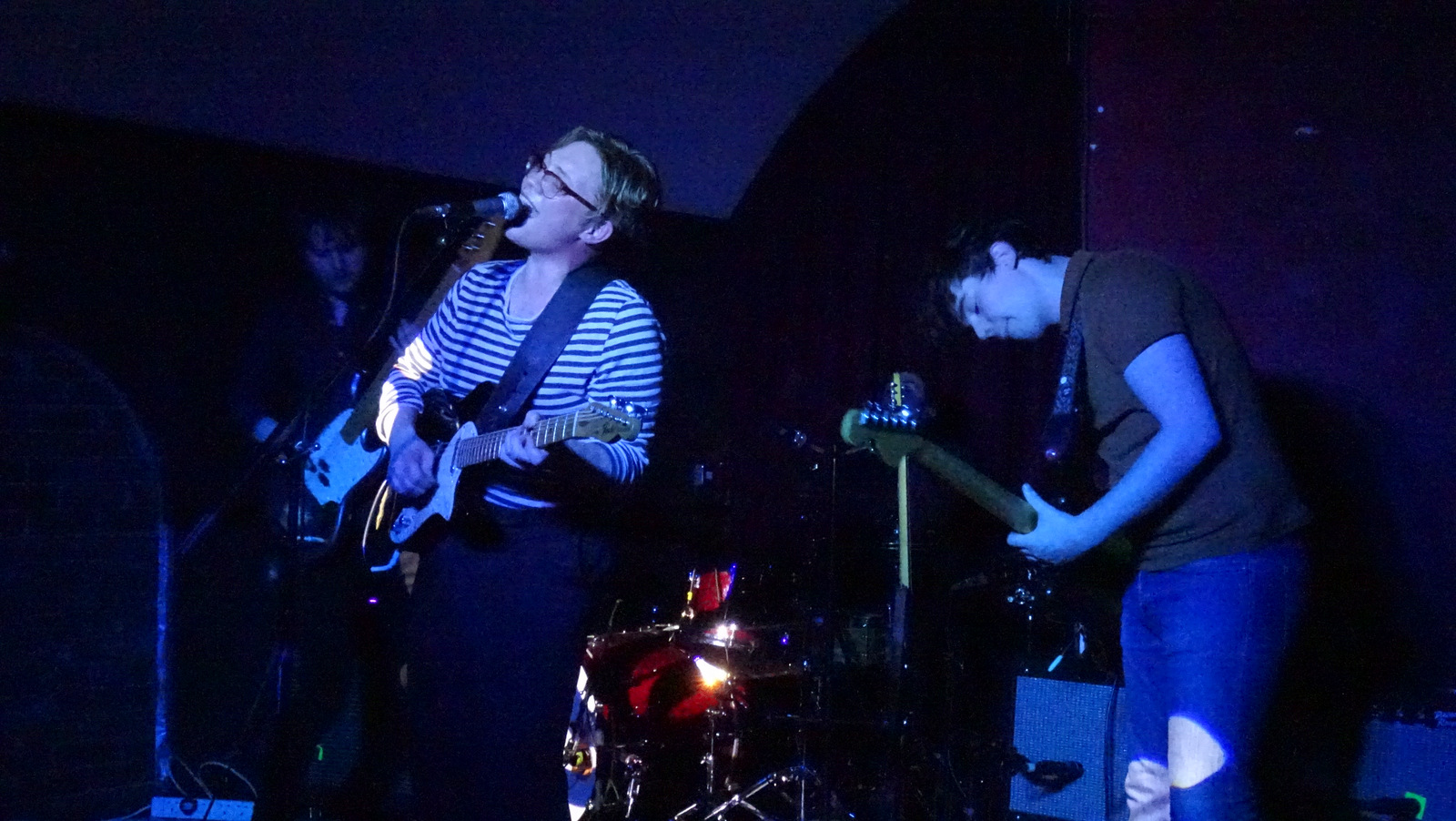 It's Friday 2nd Feb 2018 and we're off to see The Howl & The Hum at The Tin ... and I'm feeling strangely quite excited! I've already seen the band play, back in August, at The Criterion Theatre supporting Wes Finch (along with another must-see-again singer/songwriter, David Ward Maclean). They completely blew me away then, when they were still testing the water with their setlist, but since then they've had national radio airplay from BBC Radios 1 and 6 (making it onto Radio 1's "Best of BBC Music Introducing" playlist: https://www.bbc.co.uk/music/playlists/zzzzdc) and are even being talked about by the music establishment (Benjamin Francis Leftwich, Tom Robinson, Sigrid, etc.) - that's when you know you're on the right track!  So, I was very interested to see how they would handle themselves this time round.

Well they did not disappoint and, in fact, they exceeded even my preconceptions, upping their game from just a few months earlier.  Festival organisers, book this band now while they're still relatively unknown - they are amazing!

The Howl & The Hum aren't from round these parts though, they're from York! However, they have strong ties to Coventry as their bass player, Bradley Blackwell, well known to the majority of The Tin audience, is himself from Coventry. The other band members are Sam Griffiths (vocals & guitar), Conor Hirons (guitar) and Jack Williams (drums). They have been likened to Massive Attack and Portishead but, for me, some of their song structures and use of light and shade remind me of Alt-J and occasionally Sam's vocals are reminiscent of those of Damien Rice. These guys are excellent musicians, 2 guitars, bass and drums - a basic rock structure, but well considered use of effects pedals adds the colour that would normally come from the palette of electronic keyboards. The stage performance was full of energy and Sam kept us all amused between songs.

I can't close this article without mentioning the fantastic support acts, firstly Charlie Tophill and then He Is A Pegasus.  I had seen Charlie Tophill at The Tin before when she was in Curtis Eller's American Circus.  Charlie's acoustic guitar set of about 8 songs was a perfect opener for what was to follow.

Then, Coventry band He Is A Pegasus followed Charlie's gentle start with a real belter of a performance. Front man, David Butler, takes you on a journey with each song, often starting gently, standing still and singing like a choirboy, to a lung bursting crescendo whilst cutting shapes similar to Paul Simonon's on the cover of London Calling, but thankfully without endangering his precious Hofner! Jack Arnold (drums), Michael Price (guitar) and Kacper Jelec (bass) make up a top-quality backbone of this superb local band. The audience loved them too, which actually got me wondering who they had come to see. It was abundantly clear that Dave was local when he collected the mystery bike helmet at the end of the night that had been lurking around the stage area before setting off into the cold outdoors with his Hofner backpack.

Another top night at The Tin!

As I've got out more in recent weeks to see live music again, I've been most fortunate to catch some artists whose reputations were made in ...
[9 images] END_OF_DOCUMENT_TOKEN_TO_BE_REPLACED

As anticipated in my interview with Bid last month, yesterday evening saw a magnificent gig at the Tin with the Monochrome Set being supported by The ...
[6 images] END_OF_DOCUMENT_TOKEN_TO_BE_REPLACED