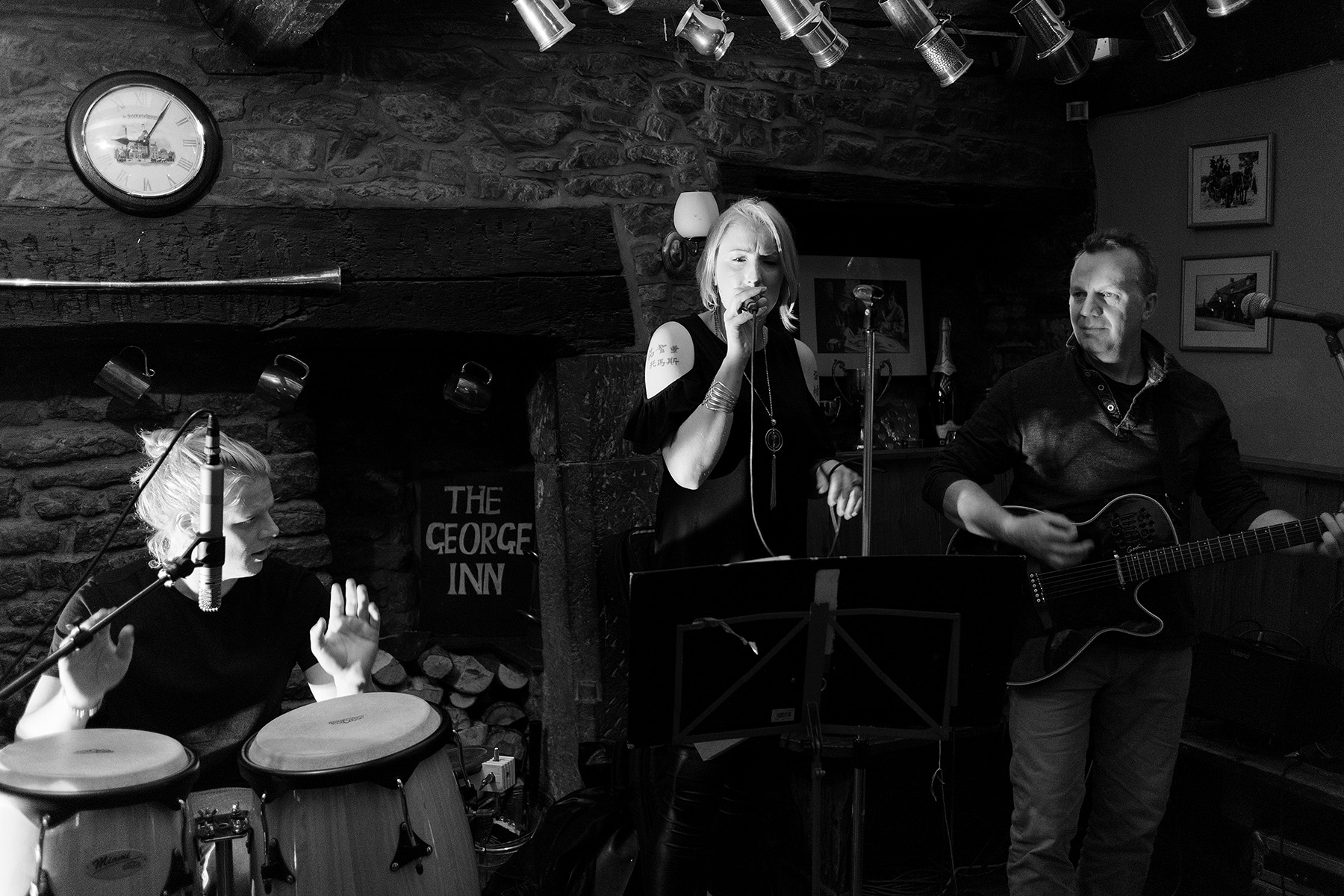 As part of the Valentine Day celebrations The George Inn at Lower Brailes hosted local band Elastic to entertain the crowds enjoying the warmth from open fire and warm radiators.

The George Inn is opposite St. George's church in Lower Brailes and is probably a late-16th-century building; it retains two of its original stone-mullioned windows with labels but has otherwise been much altered.

The band line-up consisted of Laura Furnell (vocals), George Scholes (guitar) and Toby Barnett (percussion). This was their first gig together with this particular line-up.

Laura and George feature in other local bands including The Reformers and 3rd Dimension, playing locally in pubs and other venues in Brailes and Shipston-on-Stour.

Shipston is famous locally for its Shipston Proms festival with The George at Brailes featuring in its venue line-up. The Proms are celebrating their 20th anniversary this year (15th – 30th June 2018).

The George Inn is a Hook Norton Brewery owned pub, who are a regular supporter of local music in the area through Giles Minkley, is in the heart of the picturesque village of Brailes. The Landlord, Baggy Saunders also has two other pubs in the nearby town of Shipston-on-Stour; The Horseshoe and The Black Horse. The George Inn is managed by Lisa Slowther and Becci Scott.

The band gave the lively audience a mix of different styles of music including pop, rock and reggae and included some favourites including Let's Dance (David Bowie), Faith (George Michael), Don't Worry About a Thing (Bob Marley), Everybody Wants to Rule the World (Tears for Fears), All Night Long (Lionel Ritchie). Go Your Own Way (Fleetwood Mac) and Little Respect (Erasure).

I am sure that Elastic will be performing locally again soon, as they are enjoyable to listen and/or dance to, and I am sure they are likely to appear at this summer's Shipston Proms.