Tenebrous Liar at The Tin


Tenebrous Liar at The Tin 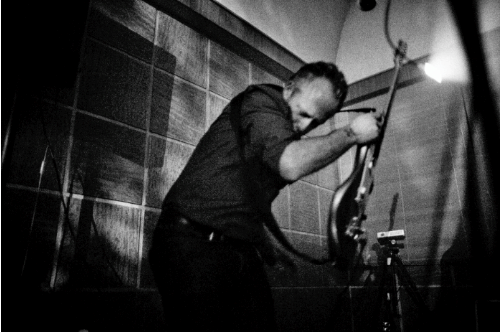 TENEBROUS LIAR will return in 2018 with a brand new release: The ‘Alienation' EP, plus a clutch of live appearances.

To mark the announcement, the band today unveil one of the featured tracks of the new EP: ‘Swing', with an accompanying video available to watch here: https://youtu.be/ClaA_vET25Y

Capturing the raw, unadulterated furore of a Tenebrous Liar live show, the ‘Swing' video was shot by Curtis Gullick at the scene of the band's favourite show to date; a unique performance at the abandoned offices of the Coventry Evening Telegraph in December 2017.

'Swing' itself, is just one of many prime cuts set to appear on the exhilarating ‘Alienation' EP set for release via the Straight Lines Are Fine Label on 9th February 2018. The single sits aside another 5 new tracks, plus fan favourite ‘Alienation' (which also featured on the band's recently re-issued 2017 album: ‘The Cut'). Diverse, daring and eclectic in nature, this latest collection from Tenebrous Liar showcases their genre defying sound and ambition in overdrive. For full track-listing for the ‘Alienation' EP please see below.

Plus, there's news of live dates on the horizon for 2018. On February 16th and 17th, Tenebrous Liar are teaming up with Piano Wire and Horseflies at Hackney's Paper Dress Vintage, and Coventry's The Tin the following night, as they look to repeat the raucous shows they played together over the last year.

A limited edition of just 40 hand numbered, lavishly packaged CD copies of the ‘Alienation' EP will also be available to order via Straight Lines Are Fine & at the band's forthcoming shows.

Tenebrous Liar is the alias of acclaimed rock photographer Steve Gullick. Scratching a long felt itch, Gullick founded the project in 2005 and following a purge of frantic, genre-bending experimentations, he released his debut album ‘Tenebrous' the following year on Fire records.

Recognising he required the assistance of a full band to express his visions on the live stage, Gullick soon began to enlist an eclectic & ever evolving line-up of friends for his subsequent outings as Tenebrous Liar. Creating a further five albums under the moniker in as many years, the project has also seen Gullick perform with a diverse selection of artists since its genesis, including: Scout Niblett, Josh T. Pearson, Nick Cave & the Bad Seeds, Foo Fighters, Duke Garwood, Oxbow, Soulsavers, Bonnie ‘Prince' Billy, Ed Harcourt & Cindytalk.

After a 5 year studio hiatus, Tenebrous Liar returned in 2017 with eighth LP ‘The Cut' released on the Straight Lines Are Fine label and now available on CD, LP and digitally.

Like Gang Of Four swapping nightmares with Mogwai / Snarls like The Sex Pistols trapped in a swamp. Artrocker

Shellac, Liars and Nirvana at their most bloody-minded and musical. The Quietus

Builds adroitly from Birthday Party blues into a thing of thunderous ferocity. Uncut

Imagine Lift To Experience stuck in the eternal damnation their songs tried to escape from, but with a result more ashcan reality than spiritually vivid. Drowned in Sound

This is a document of the cursed, wretched souls, condemned to rock ‘n' roll under pure white heat. Rock A Rolla

As I've got out more in recent weeks to see live music again, I've been most fortunate to catch some artists whose reputations were made in ...
[9 images] END_OF_DOCUMENT_TOKEN_TO_BE_REPLACED

As anticipated in my interview with Bid last month, yesterday evening saw a magnificent gig at the Tin with the Monochrome Set being supported by The ...
[6 images] END_OF_DOCUMENT_TOKEN_TO_BE_REPLACED