The Peas at Willow and Tool's Music Parlour


The Peas at Willow and Tool's Music Parlour 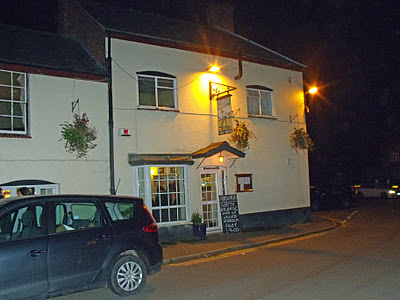 At first glance Willow and Tool's Music Parlour is a typical back of the pub Folk Club. However that is far from the case. Sunday 7th January is a case in point. Top of the bill were that energetic musical twosome, The Peas. They are Kelvin Leitch - guitar/ vocals/ kick drum, tambourine and Kelly Rashleigh/ double bass/ vocals they both add kazoos and "mouth trumpets" as and when required.

To say they only play covers is misleading. They take popular and well known songs and give them special treatment such that you may hardly recognise them at first. Everything is played at a cracking pace and will have cameo appearances from other pieces of music. For example one of their numbers tonight was (based on) The Prodigy's "Firestarter" but it included excerpts from amongst other tunes, Toussaint & Tyler's "Java" and The Entry Of The Gladiators! It is all done with humour, backchat,  tremendous skill and innovation.

Other well known stars get similar treatment, George Michael's "Faith" is taken at a fast canter. The Bangles, Depeche Mode, Ultravox, all have their music treated in a way that I am sure was never envisaged when it was written. "Kiss" had variations which depicted both Prince AND Tom Jones. Everything from "Pump Up The Jam" to "Spice Up Your Life" got the Peas interpretation. Some acts are a long time forgotten such as Tommy James and the Shondells but they're recording of "I Think We're Alone Now"... Well I think you get the idea now. Both the "Kells" have good voices that can handle solos as well as blending into harmonies. It remains a mystery how such a big sound can be produced by two people acoustically, no electronics were involved, although at larger gigs amplification is used. In fact Kelvin, on more than one occasion mistook his kazoo for a microphone. . This is an act you have to see live. Audience participation is mandatory and tremendous fun.

Supporting The Peas were Mesa, a Leamington based trio, Neil, who writes all the songs and plays guitar, Dave on percussion and Paul on Fender. Paul has a special dispensation to use amplification at Willow and Tool's Parlour, otherwise all the concerts are acoustic. Neil does the introductions and often reveals where he was when the songs were written, in the kitchen, walking the dog etc. Wherever it happens the quality of the writing is assured. Somewhat surprisingly the two guitars both blend and contrast beautifully. My favourite song of the set was "When Love Calls" which along with "Gonna Take You To My Heart" (also in the set) can be heard on the their website: http://www.mesamusic.co.uk/music.htm plus many other songs from their repertoire.  They are regularly to be seen at the Sommerville Arms in Leamington. If you are looking for a gig to attend on the 4th Friday of the month:- There you go.

Also on the bill were Father and Daughter, Chris and Hanna Tobin. They opened as a duo Chris on Mandolin, Hanna on Ukulele, and singing the Slim Chance/Ronnie Lane song, "How Come". They each later did solo spots encompassing the works of Culture Club, The Ink Spots and Laurel & Hardy. See what I mean about eclectic?  Hanna also performed a remarkable feat, the keyboard part of Del Shannon's "Runaway" but she played it on the Melodica! How she didn't run out of puff we'll never know.

Of course the hosts, The Willow and Tool Band opened and closed the show with their own brand of lively folk rock and singalong music, including that favourite of theirs, "Trouble" (you can't fool me) with Pete Willow leading the vocals with which of course the audience joined in. Keith Eardley covered Memphis Minnie's "What's The Matter With The Mill."  Laurel McIntosh sang and played her flute exquisitely through both of those songs as well and leading others. John McIntosh played double bass, but mostly told bad jokes.

It was a really good night, one to lift the spirits on a cold winter's evening. The Willow & Tool's Music Parlour is open on the first Sunday of every month at the Harvester Pub in Long Itchington. Near Southam. Warwickshire. Free entry, Jug collection.

Willow & Tool's Music Parlour What a delight was in store for visitors to the Music Parlour on Sunday 4th February Top of the bill, was ...
[12 images] END_OF_DOCUMENT_TOKEN_TO_BE_REPLACED