FISH - A stunning Assembly performance on a cold winters night 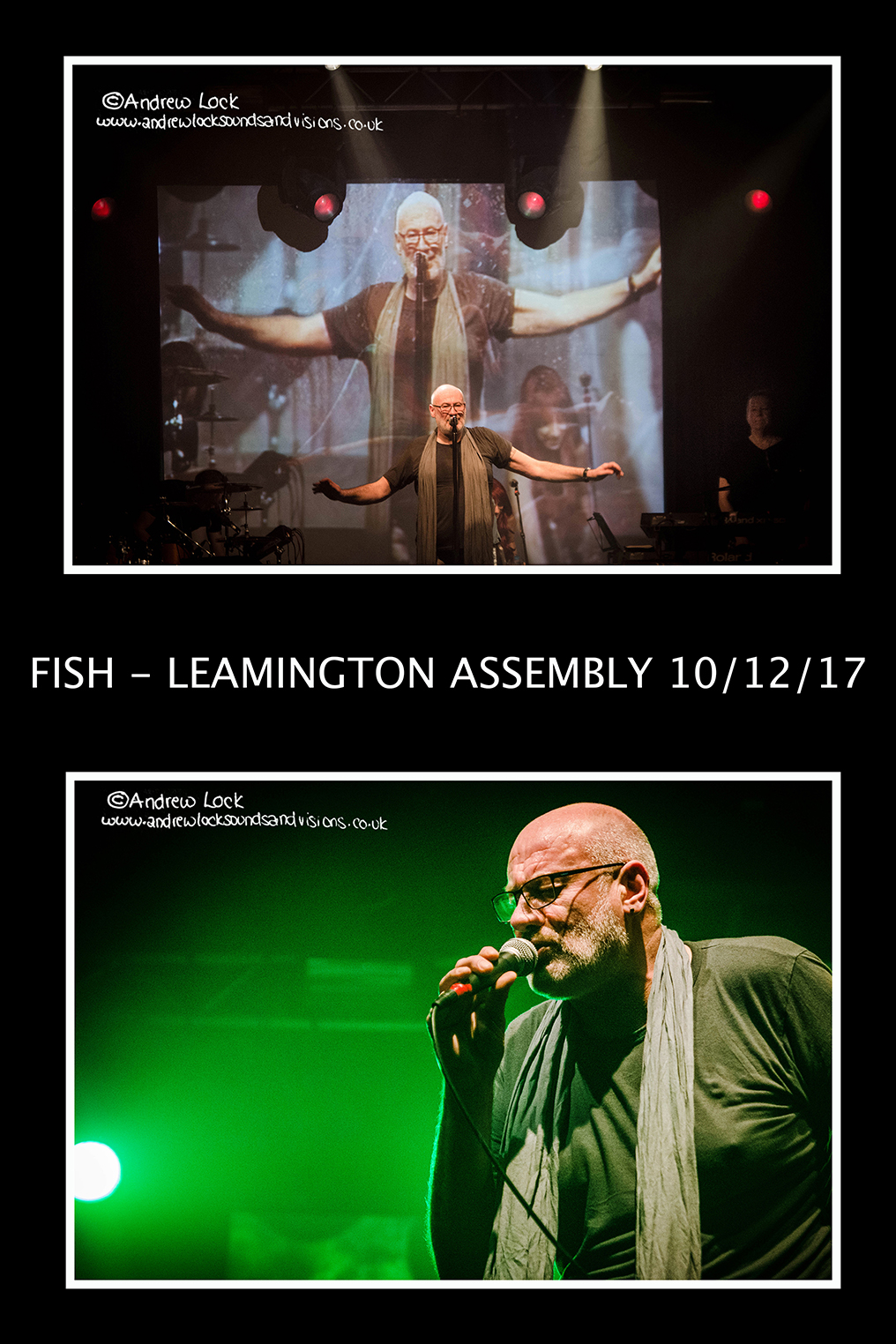 Thrilled to have the opportunity to review this amazing show for The Classic Rock Society Magazine which for a while looked like a ‘will it go ahead or not' show with the extreme weather that hit the area but go ahead it did and what a gig.
I am working on a full review for the magazine but wanted to share a few of my images of the night with you guys and give you a brief overview.
Support Doris Brendel and her band were very entertaining, her style slightly eccentric with plenty of all out rock sections with at times a touch of blues and prog and you could not keep your eyes of Doris who worked the crowd to perfection including inspired use of several light based props.
This is a very special tour for headliner Fish as it celebrates the anniversary of one of Marillion's finest albums Clutching At Straws and so performed with a huge back screen showing off stunning Mark Wilkinson artwork we had the whole album performed to perfection by the big man and his amazing band including the likes of ‘Incommunicado' and ‘Sugar Mice' while the rest of the set cherrypicked classics from his extensive solo output including a stunning ‘Perfume River'.
You never get anything but a knockout performance by the Fish and this no was no exception and his voice was in fine form and fingers crossed that before he puts an end to his live work we get at least one more Leamington show from this amazing performer.

Thanks to The Classic Rock Society this was the third show I have managed to catch while Fish is saying a live goodbye to his final (a masterpiece in ...
[5 images] END_OF_DOCUMENT_TOKEN_TO_BE_REPLACED

As I have mentioned before I had a wonderful experience at my first Cropredy Festival last year when I managed to get a pass for the Saturday (mainly ...
[3 images] END_OF_DOCUMENT_TOKEN_TO_BE_REPLACED

A must see this one as Fish returns to town to celebrate both the 30th anniversary of his final (and absolute masterpiece) album with Marillion ...
[2 images] END_OF_DOCUMENT_TOKEN_TO_BE_REPLACED

AMBER RUN have announced an acoustic live show ‘AMBER RUN UNPLUGGED' at The Assembly, Leamington Spa on 10th May 2022 TICKETS ARE ON SALE NOW ...
[1 image] END_OF_DOCUMENT_TOKEN_TO_BE_REPLACED