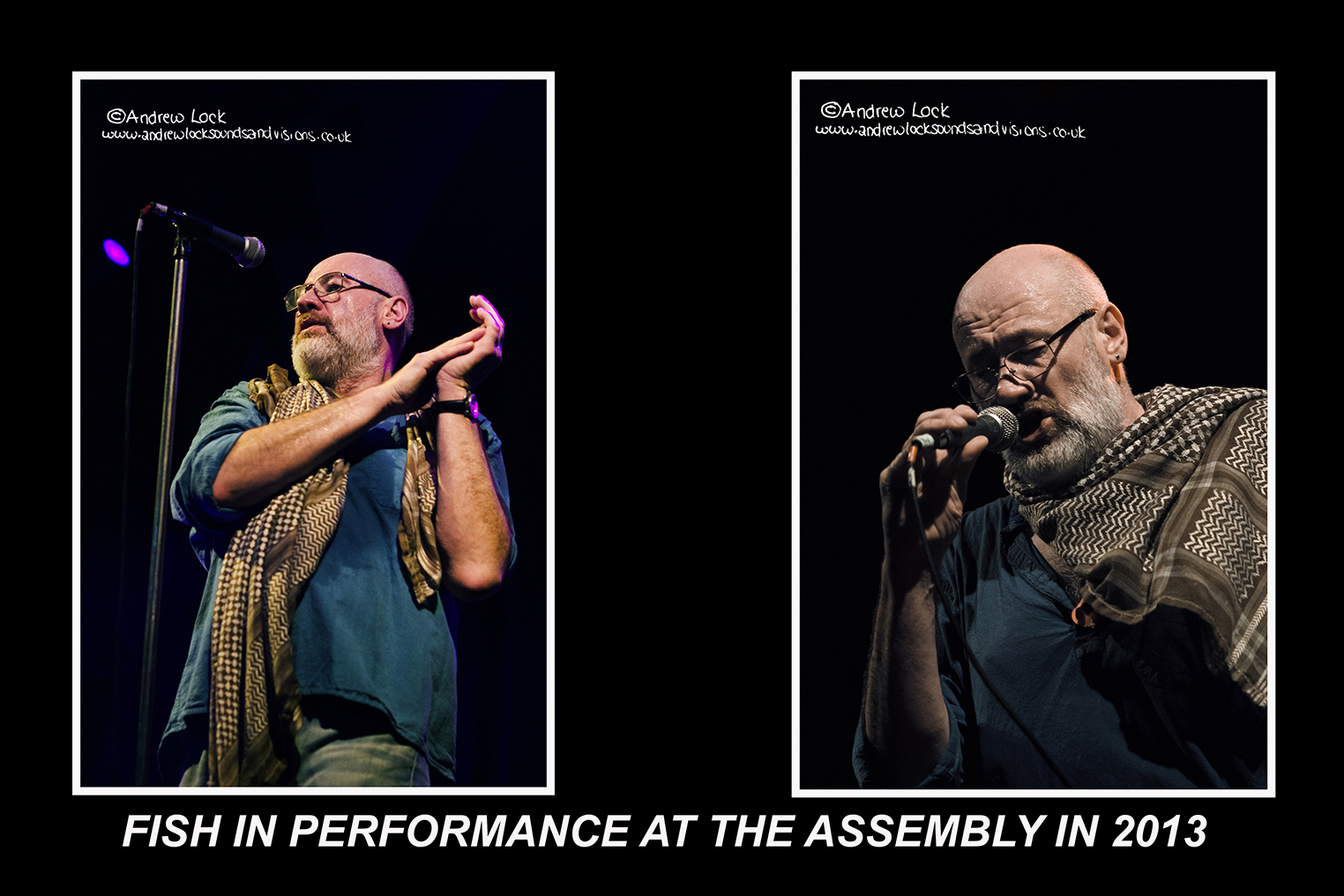 A must see this one as Fish returns to town to celebrate both the 30th anniversary of his final (and absolute masterpiece) album with Marillion Clutching At Straws and the release of his final solo studio album Weltschmerz.
He has been no stranger to the venue staging two of his fan club conventions there in 2009 and 2012 as well as choosing the Assembly for a showpiece leg on the tour for his last studio album A Feast Of Consequences in 2013.
One of rocks greatest showmen and a masterful story teller he still has such a powerful singing voice (he just changes the key on some Marillion numbers) to go with his ever present charisma and stage craft and attracts musicians of the highest calibre to perform alongside him.
This could be one of the last chances to see this amazing artist perform on local turf as he plans to start a retirement tour next year and I so highly recommend this show which will surely be a night not to forget.
The photos above are from his last Assembly visit in 2013.

Thanks to The Classic Rock Society this was the third show I have managed to catch while Fish is saying a live goodbye to his final (a masterpiece in ...
[5 images] END_OF_DOCUMENT_TOKEN_TO_BE_REPLACED

As I have mentioned before I had a wonderful experience at my first Cropredy Festival last year when I managed to get a pass for the Saturday (mainly ...
[3 images] END_OF_DOCUMENT_TOKEN_TO_BE_REPLACED

Thrilled to have the opportunity to review this amazing show for The Classic Rock Society Magazine which for a while looked like a ‘will it go ...
[4 images] END_OF_DOCUMENT_TOKEN_TO_BE_REPLACED

AMBER RUN have announced an acoustic live show ‘AMBER RUN UNPLUGGED' at The Assembly, Leamington Spa on 10th May 2022 TICKETS ARE ON SALE NOW ...
[1 image] END_OF_DOCUMENT_TOKEN_TO_BE_REPLACED