South Town at the Town House


South Town at the Town House 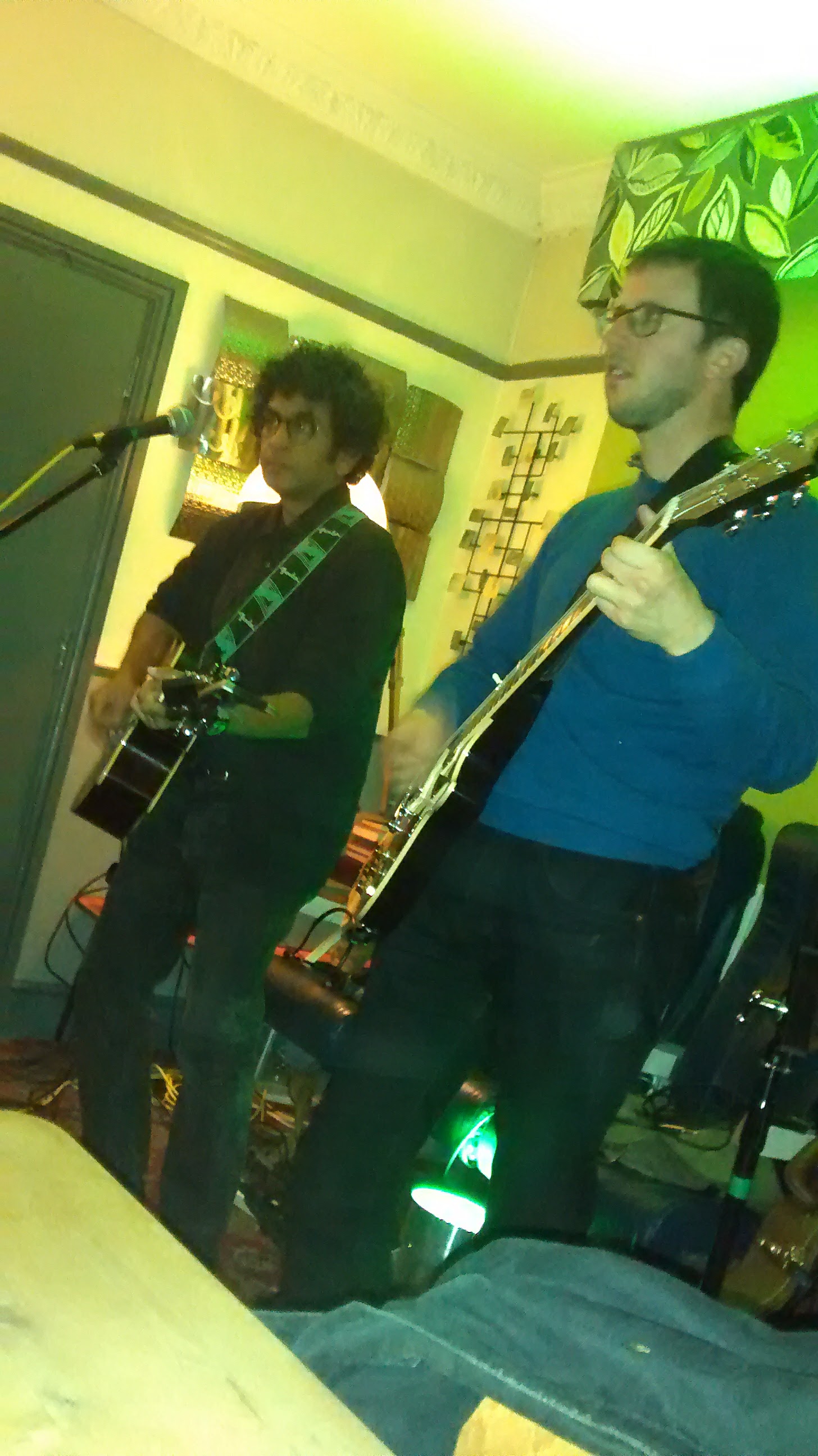 After the superb Stone Bear gig at Tunehouse at the Townhouse last week, this week saw another top notch act, namely the return of the splendid South Town: these days in duo format with Jayan Nayar (guitar, harmonica & vocals) and Martin Luckhurst on lead guitar.

As ever with this group, you don't get the same experience two gigs running. Endlessly inventive & exploratory with their own material, this time Martin opted for an electric guitar & adapted his playing accordingly: whereas my previous review detected hints of Charlie McCoy, this time I certainly couldn't. Adopting a much more chordal approach generally, rather than the restless melodic lines of their previous performance, I spent the entire gig trying to find a comparison, if not for the readers of this review, at least for my own peace of mind. Possibly elements of David Gilmour, possibly other echoes of Mark Knopfler, but even those suggestions are inadequate. Martin really is the master of adapting his own rich knowledge of styles to embellish Jayan's heartfelt & profound songs. There were even last second key amendments just to test their own playing skills....

The set contained many South Town live favourites (many in altered form of course) plus a few new ones. Fan favourite "In the Name of Religion" returned to the set tonight, albeit in yet another new costume: perhaps how Son House might have played it in 1925? At any rate, I have lost count of the number of ways I have heard them perform it, but never has it failed to come across less than it deserves. Perhaps the band's constant revision of arrangements explains why such strong material has yet to be released, though I offer readers of "Hot Music Live" an exclusive that talks are underway to secure "In the Name of Religion" for a major new compilation series in 2018 (hopefully): "the cream of Coventry & Warwickshire music, past, present & future" no less.... Watch this space.

South Town occasionally throw in a cover version: the standout in this respect being a moving tribute to Tom Petty with a version of "Free Fallin'" (and I might mention a version of the old standard "Happy Birthday" performed by guest vocalist Marcella Concannon).

Playing pubs can sometimes be less than easy, especially when your material is original & complex lyrically. Nevertheless, I watched as audience response grew from perhaps two or three people applauding the first song (me included) via ripples spreading throughout the room to dancing, unanimous applause & one member of the audience pleading with the landlord for them to be allowed to play one more number, so taken with them was she.

All the set was nothing less than up to the band's normal ultra high standards, but perhaps their rendition of "Mr Citizen" was the one which got my pulse racing the fastest.

I expect we all agree that music can actually do things to us & for us: improve our mood & morale, lift our spirits, transform our psyches.
[2 images] END_OF_DOCUMENT_TOKEN_TO_BE_REPLACED

I have to admit from the start that I found writing a review which captures the essence of Tigermask adequately, having seen him play at the Town ...
[1 image] END_OF_DOCUMENT_TOKEN_TO_BE_REPLACED