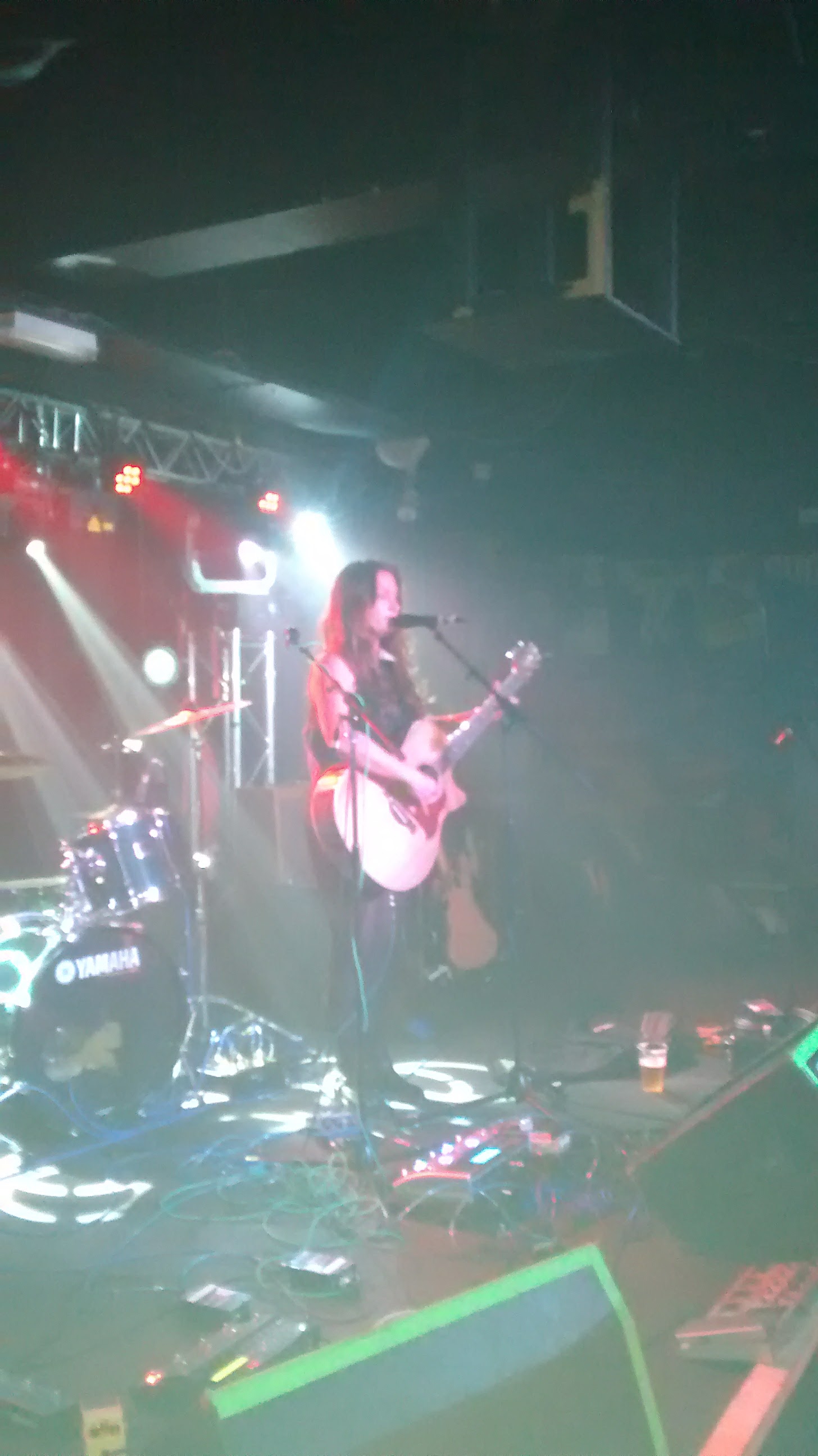 Always containing the unexpected & thought provoking as well as the highly imaginative & skilful, this night always features myriad acts of compelling and complementing styles: no better value for money anywhere.

Saturday 23rd September 2017 was up there with the best of these nights.

Satsangi as hosts were naturally on the bill as was Shanade: a regular APE contributor. I love both acts so much that I review them frequently & have pretty much said all I feel about them. Unsurprisingly both were as superb as they always are: if you want a criticism, the audience wanted more songs from them, but they of course had to leave stage time for the others. Satsangi introduced some great new material which worked extremely well and in my constant attempt to list all the influences etc I detect in their music (see previous reviews) I am indebted to two more suggested by members of the Hot Music Live family: the Pixies & Fugazi. In a recent review of Rosetta Fire, I cited them as one of the five or so top local bands I'd like to see do well: unsurprisingly, Satsangi are another of these.

I'd caught Dissident Noize Factory at a previous APE night & had my eyes & ears agreeably opened: one of the most exciting new bands I've been treated to for some time. If I don't watch out, I'll get trapped into trying to pin their style down. However there is a great deal in their high energy mix: dub, afro-celt, punk etc etc and I'd love to see them do well. I'd also like to see them again.

Tonight's big surprise for me was Johnny Kowalski & the Sexy Weirdos: yes the name is enough to get your attention but can they walk the walk too? Yes they can. After a couple of enigmatic opening numbers they blazed into a swirling set of gypsy-punk glory. Just right to keep the energy levels at top setting & another band I'd see again: I commend them to you. Like DNF, they feature a violinist which is interesting in terms of the sound textures: not sure when I last saw two bands on the same bill with one, especially outside a folk festival.

A thought for the final band, Autumn Party: it was their first gig & they clearly had got some good material & stage presence: what they had not got unfortunately was a well enough worked out stage sound & it was often a struggle to hear them clearly. I am sure once they get a few more gigs under their belt, this issue will be resolved.

The only sad news from the night was that I'd been looking forward to seeing Mr Binx live (as had many others). However, his laptop had disappeared the previous night when gigging upstairs at the Assembly with the Neville Staple band (featuring Roddy Radiation) which put paid to that (though he kindly did a DJ stint having worked hard to reconstitute his setlist which had also been on said laptop). If any reader knows where it is...could you please?

The latest news from APE Promoters Central is of "Wrongmas 2" on Saturday 16th December at the Zephyr Lounge: I'll be going for sure.

I reviewed (back in November) the most recent single from Satsangi, "World Falling Down" and mentioned a little bit at that time about their ...
[1 image] END_OF_DOCUMENT_TOKEN_TO_BE_REPLACED

Fresh out from Satsangi is "World Falling Down", (their first since they raided their own vaults for the "Don't Want Anything But More" single ...
[1 image] END_OF_DOCUMENT_TOKEN_TO_BE_REPLACED

During these turgid times when there is a distinct danger of every successive day seeming like its predecessor, it's helpful to be surprised now ...
[1 image] END_OF_DOCUMENT_TOKEN_TO_BE_REPLACED

Satsangi, never a band to shirk a challenge nor to be meekly led by fate nor wander aimlessly down roads many others have trodden previously, seem to ...
[1 image] END_OF_DOCUMENT_TOKEN_TO_BE_REPLACED

Well life under lockdown continues to evolve doesn't it: even, or perhaps especially, our musical life.
[1 image] END_OF_DOCUMENT_TOKEN_TO_BE_REPLACED

Some excellent news for lovers of music which dares to be a bit different.
[1 image] END_OF_DOCUMENT_TOKEN_TO_BE_REPLACED

I have often written about the wonderful, in fact the weird, thought provoking & wonderful evenings Johnny Satsangi puts on at the Zephyr Lounge ...
[1 image] END_OF_DOCUMENT_TOKEN_TO_BE_REPLACED