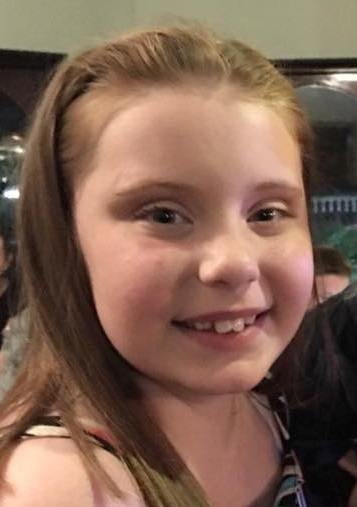 The first of the autumn 2017 series of the Big Help Music showcases at the Bear Pub in Rugby was held on September 1st. These events offer the chance of young artists to perform to a typical Friday night pub crowd and in doing so gain experience of their trade.  Some are established entertainers who have successful chart entries with (mostly) EP's, other have yet to achieve that level of attainment.

All of the members of the Big Help Academy are talented, but they may lack stagecraft and confidence, this is where BHA become involved. Instructing and  instilling in the youngsters on exactly how to behave on stage and cope with different gig environments. First up on Friday was Bianca -Jade This twelve year old from Milton Keynes started the evening with a couple of songs from before she was born. Lulu's "Boom Bang-a bang" opened her account. She has been spotted by the South African Embassy having done two gigs for them already this year. On the 24th of September she will be performing in another of their Diaspora events, this time in Wimbledon embracing her South African heritage by singing traditional African music along with more popular fare. It was appropriate then perhaps that she finished her gig at the Bear by singing "The Lion Sleeps Tonight." Her confidence with a mic in her hand defies her young age.

Ffion Rebecca is a singer songwriter from St Ives in Cambridgeshire. She has her own band which often accompanies her, but on this night she was supported by her lead guitarist and music collaborator Ryan. "No Diggity" opened their set with an arrangement based on an '80's disco theme with jazz overtones. When Ryan and Ffion get together jazz is never far away, a case in point is "Hidden Beauty" a Ffion original which started life as a muse of the beauty of clouds in the sky, but has now been given the jazz treatment and is all the better for that. The TV series Nashville has proved to be a source of songs in the country genre which can be mined for good material. "Fade Into You" is one which Ffion has picked up and her version is beautiful.

Singing covers is part of an artist's development and the White Stripes contribution "Seven Nation Army" is one which is often picked up and no wonder, it became the third best-performing song of the noughties decade on the Modern Rock Chart after it's release in 2003. However Ffion Rebecca's forte is writing her own material and there are several new songs in the pipeline, one of which, "Devil" got an airing at the Bear. It starts off slowly but becomes more exciting as it progresses. She is going to have a real problem selecting songs for her forthcoming CD which is to be released later in the year.

Trinity Trappett is a fifteen year old who I have seen once before, this girl epitomises the values of BHM in that she is an avid supporter of the other artists in the stable and this is reciprocated when she is in the spotlight. She has appeared in a school production of "Funny Girl" and carried off the role superbly. Her confidence in her ability to win over a noisy pub crowd was illustrated by her choice of opening number. The normal rule for any band at almost any gig is: start and finish with your two most spectacular numbers, spectacular in this case usually means lively. Trinity had the assurance to cast this advice aside and begin with a melodic and slow version of "Tee Shirt" by Birdy. It was a pleasant change and whilst it cannot be said that the pub fell quiet, the crowd loved it.

In a more up beat mood, two Paloma Faith numbers followed later in the half hour long set  with "Stone Cold Sober" and the ubiquitous "Upside Down"  . Also included was "Please Don't Say You Love Me" from the pen of Gabrielle Aplin about a girl who cannot commit. There was no lack of commitment from Trinity in what could have been a difficult atmosphere for the rendition of sensitive songs. The climax of "I see Fire" from the film The Hobbit written in a single day by Ed Sheeran was fitting end to a lovely set from Trinity.

Charlie B is an artist who is much improved over the last few months, being the only boy in the BHM circuit when he joined, (and indeed still is) it has taken a while for him to find his feet. He produced an outstanding set at the recent RushFest in Rushden and this was replicated  at the Bear. He both plays guitar, (which is now one of his strengths) and sings to backing tracks some of which are to his own compositions. Going solo from his earlier experience of boy bands is undoubtedly giving him more control and enabling him to move in the direction he favours. He is a lot happier now and it shows in his performances. His clarion clear voice makes understanding the lyrics of song so much easier His set included songs from Harry Styles, Thomas West and Kygo as well as two of his own. I was particularly taken with his performance of Niall Horan's "Slow Hands" it's rhythmic beat suiting the circumstances perfectly. Horan also contributed "This Town."  I feel Charlie is better when he is accompanying himself on guitar particularly as he is getting more proficient at projecting his personality. By the time you read this, it may be too late, but Charlie |B is one of the long list of artists performing at the Scarecrow Festival at Lubbenham in Leicstershire on Sunday 10th September. It should be a great show.

There can be few prouder moments for any parent than watching your daughter, a top twenty blues artist being accompanied by your son. Darrell Barnes and his wife Karen had just that opportunity at the Bear. Tazmin Barnes and her brother Jordan rocked the place, starting off with a spirited rendition of the Cranberries' "Zombie". Tazmin and Jordan were band members in well known group when they lived in China, but he is a more recent inclusion into his sister's act and I feel he adds so much to the performances.

Tazmin is however the singer and has the success of her solo CD "Trapped" in which to revel as well as having her own Youtube channel. This features many of her original songs. I always feel that she is constricted by the small stage at the Bear. she is at her best on a big stage as she has the space to exhibit all the moves to enhance her undoubted talent. This was exemplified by her performance of "Stop and Stare" the One Republic song. The rather depressing lyrics need an artist of confidence and ability to sell this song to an audience. The hit of the night was a new song to the set, "Cheap Thrills" from Sia. This performance got the audience in pub clapping along and it was a complete success. I hope that Tazmin will keep this in her repertoire for some time.  It is a measure of how well Tazmin is thought of within the industry that she has been invited to support Chinese X-Factor winner Mary Jess on parts of her UK tour and record a duet with her too. The both speak Mandarin so the possibilities are "very interesting" (with apologies to Rowan and Martin)

Abz Winter from Rugby is a synchronized swimmer at National level and the only time I had seen her before, she was straight out of the pool and still in her tracksuit. At the Bear on Friday I was surprised on two counts.  Firstly she was wearing a very sophisticated and attractive black dress and secondly, boy! Can she sing?  A powerful performance of "Valerie" bode well for the rest of the set. My recollection of that song was the version by that flawed genius of song Amy Winehouse although the original was by the Zutons. There were some compelling interpretations of well known songs in Abz' set, the outstanding feature of which was the sheer power and command of her voice. It was delightful to hear. Alicia Keys' "If I Ain't Got You" was quickly followed by Shawn Mendez' "Treat You Better." Into more familiar territory for the older generation came in the form of "Stop In The Name Of Love" the Diana Ross classic. The closing number was the stupendous "I Who Have Nothing" It was great hearing a teenager handling this power ballad with such panache. She was completely in control and what's more she knew it - it showed in her performance.

Big Help Music run two showcases a month, one at the Bear in Bilton on the first Friday of the month and the other at the Fusilier In Leamington on the third Friday. Both are free to enter, but you do have to buy your own beer.

You know how it is when plan A falls apart you have to look for a plan B.
[8 images] END_OF_DOCUMENT_TOKEN_TO_BE_REPLACED

Big Help Showcase at the Bear

Big Help Music showcase at the Bear 13th January 2017Rather later in the month than usual, the first BHM showcase was held at the Bear, in Bilton, ...
[6 images] END_OF_DOCUMENT_TOKEN_TO_BE_REPLACED