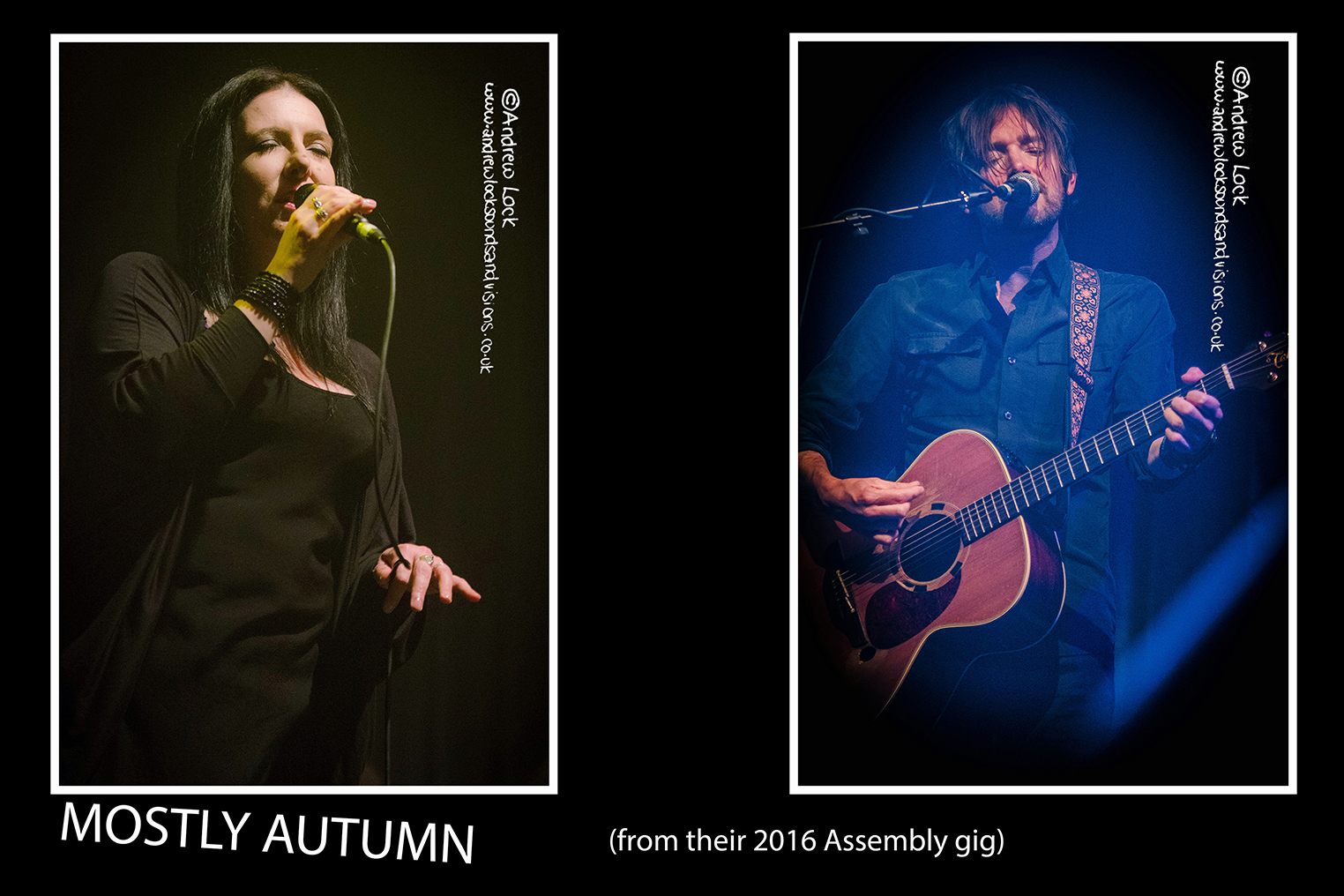 One of my favourite bands Mostly Autumn return to the Leamington Assembly on Saturday September 16th for what seems to be coming a regular venue for the band on their yearly tour cycle.
The Assembly show is one of just three dates on the tour to be upgraded to special with a complete performance of the bands fabulous and epic latest album ‘Sight of Day' as well as another full set of Mostly Autumn classics.
If you have already seen them in action I should see you there if not I so highly recommend you give them a go, they have their very own distinctive blend of classic rock with touches of prog an occasional celtic feel and always plenty of emotion.
You can be head banging along to one of their rockers one minute and the next taking in a wonderful, heartfelt, powerful ballad, the whole band are masters at their chosen instrument and the line-up includes one of this countries finest rock guitarists Bryan Josh and one of the best female rock singers around Olivia Sparnenn-Josh
I have seen them many times (the first time was here in Leamington at the Robins Well pub way back in 2002) and I have never been anything but completely entertained at times mesmerised by for me one of the greatest British rock bands around.
The photos above are from the bands 2016 visit to The Assembly.

The Prog world gets together again next month at The Leamington Assembly when on 11th May Trinity the prog rock music festival returns to its ...
[7 images] END_OF_DOCUMENT_TOKEN_TO_BE_REPLACED

Mostly Autumn live always give value for money but this show (along with two others on the tour) gave even more as they performed two full sets, the ...
[5 images] END_OF_DOCUMENT_TOKEN_TO_BE_REPLACED

An epic Assembly show by one of my two favourite bands (luckily for me the other Marillion playing the same venue 3 days later) and Mostly Autumn ...
[9 images] END_OF_DOCUMENT_TOKEN_TO_BE_REPLACED

Not many artists mean as much to me as York based rock band Mostly Autumn who make a very welcome return to Leamington for their biggest show of the ...
[6 images] END_OF_DOCUMENT_TOKEN_TO_BE_REPLACED

AMBER RUN have announced an acoustic live show ‘AMBER RUN UNPLUGGED' at The Assembly, Leamington Spa on 10th May 2022 TICKETS ARE ON SALE NOW ...
[1 image] END_OF_DOCUMENT_TOKEN_TO_BE_REPLACED