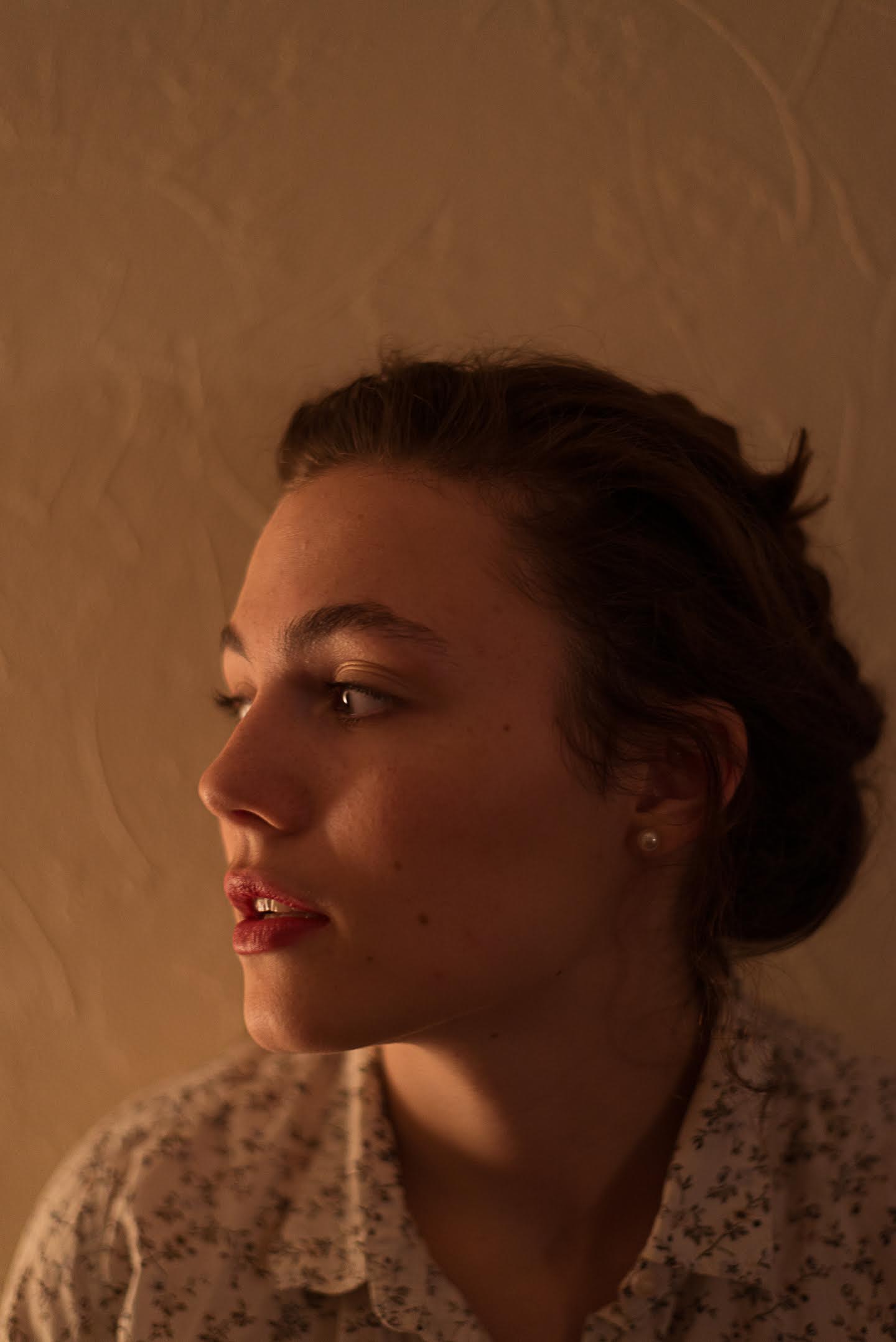 One thing which I guess always gets the pulse of a reviewer speeding up is the chance to write about someone whose musical career is just taking off: will our piece be cited in the future as an early review of someone about whom loads of writers are later producing copy?

It is a pretty good time in that respect for Coventry & Warwickshire: quite a few potential stars are emerging at the same time & attracting informed attention.

One such is Ellie Gowers: you may well have seen her play live locally: not least at a well received slot on the micro acoustic stage at this year's Godiva Festival. You may also have heard her on BBC Coventry & Warwickshire's Introducing which show is such a shrewd judge of talent. (Ellie also plays a part in organising the Kenilworth Arts Festival & indeed performed at the launch party at St John's Church in the town).

This four track offering will be launched on 31st August at Kenilworth's Treehouse Bookshop where if you are fortunate enough to be able to attend, you can hear the songs played in an "intimate" setting (we are promised)

And so to the review. Two main thoughts: firstly, thank goodness Ellie doesn't sound particularly like any other performer, freeing me from the tedious option of merely linking her name to someone else's.

No doubt this young musician has taken on board many influences to come as far as she has (she does list some on her website) & in time no doubt her own personal voice will develop in ways neither she nor we might imagine today: in the meantime thank goodness she is not a hostage to what she has been listening to & learning from.

Odd reminders of course do occur to me, but never very explicitly & not necessarily in the most obvious ways. The title track for some reason has echoes (to me at least) of the more gospel side of Alison Krauss yet is purely English in tone & sound. Equally the track "Flower Child" reminds me in places of Tracey Thorn in terms of melodies & approach: though the song is otherwise not in her normal style at all.

The second point is Ellie's bravery: the overall impression is of someone prepared to let her song & voice prevail: no song is over-arranged with generally little or even no instrumentation (e.g. "Robin") which leaves her potentially very sonically & emotionally exposed: but the risk (if it was a risk in her eyes) is worth it given the results.  In the same way, the song "City" requires frequent use of a high register which is worthy of praise, yet "Flower Child" shows off her attractive lower register too.

I enjoyed the guitar work on "Better Days": did I detect the influence of another Warwickshire musician, Nick Drake? Not necessarily in terms of virtuoso technique but certainly in terms of approach.

I hope you enjoy the EP & get to hear Ellie play live: the possibility is definitely there that she may spread her wings....

Ellie's "Robin" EP can be bought at bigcartel.elliegowers.com

What a joy to tell of you of the release today of the new Ellie Gowers single: "Brightest Moon", itself one of the tracks on her new album ...
[1 image] END_OF_DOCUMENT_TOKEN_TO_BE_REPLACED

Strange and wonderful times: I find myself today writing my second live report inside a week.
[3 images] END_OF_DOCUMENT_TOKEN_TO_BE_REPLACED

One of the many frustrations of the past year has been the loss of momentum in the careers of various local artists who were so obviously on a roll: ...
[1 image] END_OF_DOCUMENT_TOKEN_TO_BE_REPLACED

For those of you who have been deprived of hearing the music of Ellie Gowers (I was fortunate enough to catch a live set on February 29th, but that ...
[1 image] END_OF_DOCUMENT_TOKEN_TO_BE_REPLACED

Some of the records I review for "Hot Music Live" come to me out of the relative blue.
[1 image] END_OF_DOCUMENT_TOKEN_TO_BE_REPLACED

Last evening was one of local music's most anticipated gigs of 2019 so far.
[1 image] END_OF_DOCUMENT_TOKEN_TO_BE_REPLACED