New residency for Rack and Ruin


New residency for Rack and Ruin 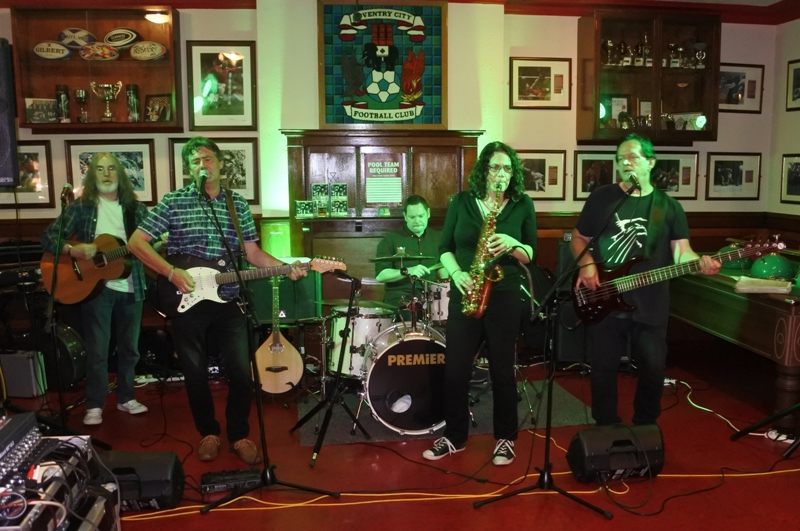 New Residency for Rack and Ruin.

The long established Rack and Ruin Ceilidh Band has announced a new residency for the autumn. The band is Mick Bisiker, (Vocals, Guitar, Mandolin), Nigel Ward,(Vocals, Violin, Mandolin, Guitar), Chris Ratley (Vocals, Bass), Alex Stott (Drums) with new member Debs Gunby on saxophone. September 29th marks the start of the new residency at the Humber pub in Humber Road Coventry CV3 1BA. They will be there on the last Friday of every month see their website  http://www.rackandruin.co.uk. Their mix of  folk rock, lively jigs and reels, always goes down well. I was at one of their gigs on Friday 18th August and it is fair to say that it was a "craicing" night! I particularly enjoyed their version of Carrickfergus which featured Deb on saxophone. But they don't only play traditional music, Mick Bisiker pens some of their material too, they played his "Nothing's Changed" along with some Americana such as "Living In The City" You are very unlikely to get bored at a Rack and Ruin gig such is the variety of music in their repertoire. Seek them out. It will be worth it.