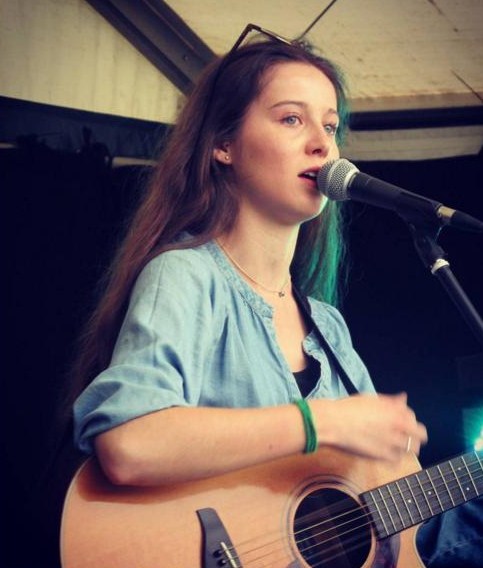 I have spent a couple of weeks trying to figure out how on earth to capture my Godiva Festival 2017 experience in one concise article (I was there all three days and saw many acts, all of whom merit mention).

Readers will therefore hopefully forgive me if I try this approach. I was based for the Festival at the Acoustic Stage and caught various acts on other stages. I imagine that many others will have written about Main Stage acts and indeed Rhythm Tent ones, so I think I'll avoid detailed reviews of those areas & concentrate on the local acts which I saw more of & which honestly I feel deserve our particular attention.

Godiva is in fact a tremendous festival for local music: I was shocked at the poor coverage of the festival in one major local media outlet, once known for its excellent coverage of local talent (but no longer), whose reports gave the impression that only one stage (the Main one) was in operation & only one act (a rock act from elsewhere in the country) played it. That band need no great extra publicity, but it would not hurt our emerging talent to have some...

We had 44 acts on the Acoustic Stage (organised by a team led by local music icon Sam McNulty) with the vast majority from Coventry & Warwickshire. "The coolest stage at the festival" said Sam. I wouldn't disagree. On the Community Stage, it was wholly fitting that the local acts featured were introduced by BBC Coventry & Warwickshire's Brody Swain whose local "Introducing" show does such a fantastic job in promoting local music. Equally, 2017 saw the Rhythm Tent transformed into the "Specialive Tent" on the Sunday, at last a Godiva stage to showcase the 2 Tone heritage specifically & who better to MC there than the greatest expert on local music, Pete Chambers?

I'd also like to raise my hat to BBC Coventry & Warwickshire a second time for four hours of live broadcast from the festival on the Saturday with live performances coming from local acts such as Viktoria, Shanade, the Folly Brothers  and Louie Forde and each being interviewed by Justine Greene & her enthusiastic & knowledgeable team. I think I can safely say that there cannot be any area in the country where opportunities for new artists is better supported by enough elements in the local music scene & media to make a real impact.

Once I get to this stage of the article we are in danger of a long list taking over, but I'll do my best to balance being succinct & yet paying deserved dues.

The performance by Army of Skanks in the Tent has rightly drawn a lot of media attention: this much admired band simply goes from strength to strength but even by their standards this was one of the highlights of the Festival.

On the Acoustic Stage, Izzie's stunning act on the Friday was another which had the knowledgeable buzzing: both musicians and music lovers were making appreciative noises.... Personally, I'd also like to see The Caprines gain the prominence they deserve: their rather new wave sound which bore comparisons at time with bands such as Talking Heads or Orange Juice (well comparisons that I and the person I watched their set with made) was another personal highlight.

On the Saturday, former Enemy bassplayer Andy Hopkins' new act Autopilot revealed their sound  to a great many people who were wondering what they would be like: my impression was certainly of massive approval.  Later on, on the same stage, it would be fair to say that the Voodoo Kings kicked up a right storm on a blisteringly hot afternoon and again, I picked up feelings that this was one of the most popular sets of the day.

Back at the Acoustic Stage, perhaps the two most "ear opener" sets were by King of the Alps and Bazza's Dispensable People. Most acts on this stage were solo artists or artists with backing musicians, but these two bona fide bands, each with a highly original sound made excellent impressions with the huge crowd around this small stage. I'd also advise you to catch the very distinctive and original sound of Viktoria if you can.

As the evening wore on, the heat started to dissipate & the dancing began, a triple whammy of local stars Danny Ansell, the Folly Brothers & Shanade played the superb sets we have come to expect from them & numerous folk hit the floor, or indeed lawn. Each delivered songs I have heard many times before but have I ever heard a more passionate version from Danny of "Drinking with the Band"? Equally the video of the intense version of "Love is A Lesson" by Shanade I posted online got loads of likes & appreciative comments including one from a musician with multiple number one hits in his CV....

Sunday saw Kiaya (who had played the Acoustic Stage on Friday) play her second set of the weekend on the Community Stage: it is always interesting when multiple organisations are spotting the same artists & they get multiple requests for sets.... Shows who the emerging stars may be.

Back on the Acoustic Stage Jade (accompanied on some numbers by local legend Baz Eardley) won many new fans & later another nice surprise was Taylor-Louise featuring Jools Street with his violin in her well received Festival closing set. Earlier, Nicky Ager was another artist whose performance had sections of the audience metaphorically purring.

A Sunday afternoon treat was a performance by a three piece version of local cult band Crokodile Tears with today Chris Sidwell being aided by Cabin Studios producer & multi-instrumentalist Alf Hardy and Hawklord Jerry Richards (plus, on the performance of "Egg & Chips", Sam McNulty). Chris' dedication of "Trains" to Pete Chambers & the Coventry Music Museum went down very well with many us.

And so to Pete himself, introducing a series of 2 Tone linked bands in the Tent and raising money for the "Specialised" charity (linked to the Teenage Cancer Trust). Great to see local legend Roddy Byers with his Skabilly Rebels, plus local live favourites Rooted & Booted: possibly the band which gained most new fans though may have been the Lloyd McGrath Collective.

To complete my list, other acts whom I'd suggest you look out for (they play locally) would include Caleb Murray, Laurence Wood, Ellie Gowers, Rich Keogh, Alex Norman, Calton Kelly, Louie Forde, Dan Cross, the Sons of Rest, Foxpalmer, James Temple, Pandora and Sophie O'Hara.

Well since the Festival ended, we now know that the attendance was a record. We also now know that Coventry has made the shortlist for the 2021 City of Culture selection. Both bode very well for the future of this great event & we look forwards next year to another bumper festival. We'll see many new acts I know. I look forwards to catching again many I saw this year and indeed catching them in other venues in the meantime. Knowledgeable people were saying that a number of Acoustic Stage acts should be considered for the Main Stage or Rhythm Tent in 2018 which would be great. In any event, I wish all the acts I saw the success & progress they deserve.

Today saw the release of "Hot Music Live Presents Volume Six", the follow up to the previous five albums in the series: another free download album ...
[2 images] END_OF_DOCUMENT_TOKEN_TO_BE_REPLACED

I appreciate that I've introduced reviews before saying that I'm excited about them, but I'm afraid it's the truth: I review what ...
[2 images] END_OF_DOCUMENT_TOKEN_TO_BE_REPLACED

14 years at the TumpThere are not too many folk clubs that can boast fourteen years of continuous existence having met every week since inception.
[10 images] END_OF_DOCUMENT_TOKEN_TO_BE_REPLACED

Blues at the Cape

Folk On The Water Music FestivalThe mid term night of this travelling music festival was held at the Cape of Good Hope pub in Warwick.
[7 images] END_OF_DOCUMENT_TOKEN_TO_BE_REPLACED

Big Help Showcase at The Fusilier

Every year for the past 21 years (with one exception) Coventry have sent city children to compete in the International Children's Games.
[6 images] END_OF_DOCUMENT_TOKEN_TO_BE_REPLACED

I could, I suppose, run through every act I saw & enjoyed at the 2019 Godiva Festival in detail which would give them the credit they thoroughly ...
[12 images] END_OF_DOCUMENT_TOKEN_TO_BE_REPLACED

Firstly an apology: this is not & cannot pretend to be a broad overview of the 2018 Godiva Festival (the 20th in fact): I think that is beyond anyone ...
[8 images] END_OF_DOCUMENT_TOKEN_TO_BE_REPLACED