Ed Donovan and His Wandering Moles at Newbold Chapel.


Ed Donovan and His Wandering Moles at Newbold Chapel. 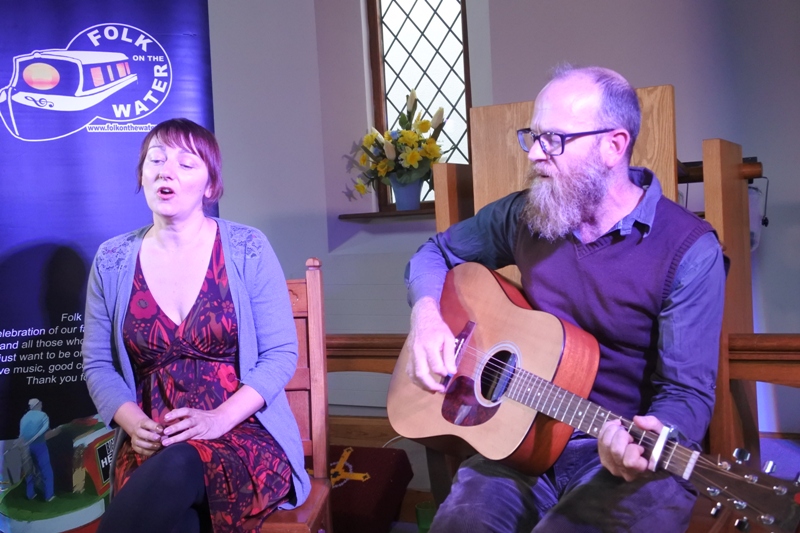 Ed Donovan and the Wandering Moles.

The first Folk On The Water "after festival" concert took place at Newbold Chapel on Friday 14th July. Unusually for these occasions it was a "solus" event with a single act on the bill.  If you like your music with a heavy dose of Melancholic content then an Ed Donovan and the Wandering Moles gig is one for you. Ed will say himself that "there is joy in Melancholy"  and he went about to demonstrate this with some passion.

Ed in "real life" is a social worker and inevitably some of the things he sees and experiences find their way into his music. Indeed the first song "The Social Worker" explained this in some detail. "I am a social worker, I'm a means to an end and then I'm gone." It seems it is a thankless task because later on in the lyric goes on: "Damned if I do, Damned if I don't, Damned if I will, Damned if I won't."

On this occasion, Ed was accompanied by just one of the wandering moles, there are normally four or five of them. Emma's soft voice contrasts well with Ed's more strident tones. Perhaps the lack of colleagues contributed to dearth of more up tempo songs that are in his repertoire. There are happier songs like "Glasses and a Beard" which may have moved the tempo up a notch or so. "Call Me Old Fashioned" suffered for having only one instrument and two voices instead of having a whole band to propel it along.

Ed and Emma sang several songs from their CD "Making Mountains Vol.1" Including "Where The Dogs Don't Bite" and Alien Light." An introspective poem "I am" seemed to suggest all sorts of things that I am. " A plea to life, the breath you held under water, the winter waiting for the spring" amongst many other things. The whole song was composed of a litany of items that "I am." Indeed, a song to celebrate being all things.

Tragedy also raised it's head in "Fell Like Snow".  Lyrics such as "The shadow this tragedy did cast" and "you came to change the world around me. The words you spoke, they fell like snow and gathered all around me." Then, "I was sad and I was lost and I was lonely"

You will gather that it wasn't the most cheerful of set lists that I had ever heard. I can take the odd tale of misfortune, but I would like it leavened with a little buoyancy now and again. I can hear the fans of Ed and his wandering moles raising protests at these words and no doubt there were those in the room who thoroughly enjoyed the whole thing, sadly I was not among them. Rather than being chilled out, I was left feeling depressed.

A Different Thread at Newbold Chapel

Bernard Hoskin at The Chapel Newbold

Folk on the Water's second monthly evening concert of 2017 had a superb collection of artists to entertain us.
[10 images] END_OF_DOCUMENT_TOKEN_TO_BE_REPLACED