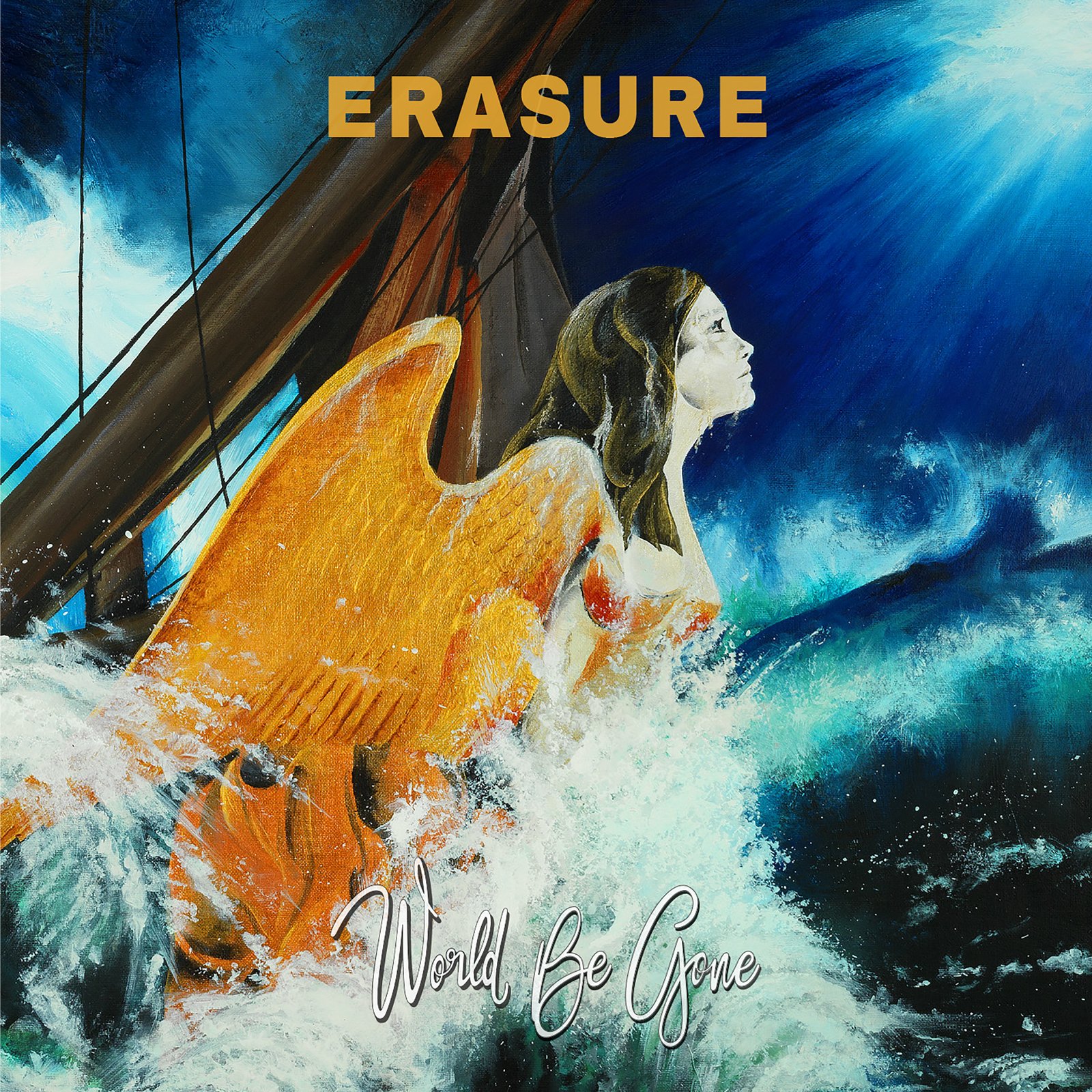 Following the release of their 17th studio album 'World Be Gone' in May, synth pop icons - ERASURE - have lined up a huge live show with Robbie Williams at The Ricoh in Coventry ...

Here's the (belated) official word from their promoter, Sonic PR ...

HEADLINE TOUR DATES ANNOUNCED IN MAY

ERASURE (Andy Bell and Vince Clarke) today announce details of their seventeenth studio album, World Be Gone, out on Mute on 19 May 2017.

World Be Gone is the follow up to 2014's The Violet Flame, and follows the band's recent 30th anniversary celebrations.

Their new album sees the award-winning songwriters in a more reflective mood, giving the world and recent political upheavals a thoughtful examination and, as highlighted on the painted artwork showing a ship's masthead rising up from being submerged in the stormy waters, looking forward to the future.

Explains Vince Clarke, "Obviously the current political climate lends itself to lots of ideas", Andy Bell continues, "I think there's an underswell of opinion, and people are slowly waking up. I'm hoping that people will take the album in a positive way, that they'll use it as optimistic rabble-rousing music."

Watch the trailer for the new album here:


Written, performed and produced by Erasure and mixed by Matty Green, MOJO have described the album as "A triumph of achingly beautiful pop protest music." while Electronic Sound describe its "effortless electronic majesty".

The enduring BRIT and Ivor Novello winning pop duo have released a staggering number of albums, including 5 UK Number 1's and 17 top 10 singles (35 singles charted in the UK Top 40) and their recent best of, Always, saw Erasure entering the Top 10 album charts once again.

Erasure are delighted to have been invited as special guests on Robbie Williams' 2017 stadium tour taking place in the summer. Ahead of those dates, Erasure perform three headline shows: 27 May in Glasgow, 28 May in Manchester and 29 May at London's historic Roundhouse. Full details below.

World Be Gone, written, performed and produced by Erasure and mixed by Matty Green, will be available on CD, ltd edition orange vinyl, regular vinyl & cassette and is available to pre-order now. As a special thank you to fans, everyone who pre-orders the album by 7 April (through the dedicated World Be Gone pre-order site) will get their name included in the album artwork. 500 copies of the album will be signed and all pre-orders give access to the exclusive fan ticket pre-sale for the band's forthcoming headline shows.

THE STONES ROCK THE RICOH WITH ‘SPECIAL' GUESTS

A bucket list gig this one for me being a Stones fan of many years standing but having never seen them on stage.
[0 images] END_OF_DOCUMENT_TOKEN_TO_BE_REPLACED