A Different Thread at Newbold Chapel


A Different Thread at Newbold Chapel 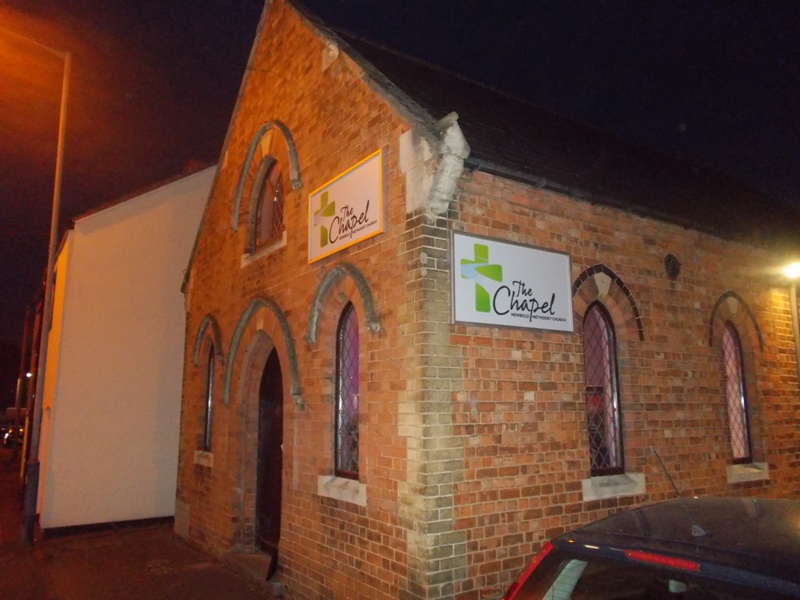 1 of 9
Folk at Newbold Chapel.A Different Thread really are different. The mixture of guitars, harmonica, violin and cello might not strike you as the usual set up for a small band. However, Robert, Alisha and Isaac combine beautifully to make a lovely sound.I encountered them for the first time at Newbold Chapel in one of Folk on the Water's monthly concerts, ( it is only a month before the festival proper gets under way starting on 16th June and the Boat Inn, Birdingbury Wharf with ten concerts at five venues over fifteen days check out the schedule and find one near you. www.folkonthewater.com or search on facebook.Anyway, back to A Different Thread they have embarked on an extensive May tour themselves, the day after the Newbold gig they appeared at Dart Fest in Dartmouth! They play mostly songs written by Robert Jackson interspersed with tradition songs from England, Ireland and America. They started their set with "Tight Time" a lilting melody which bode well for the rest of the evening. "Home From Home" followed which was very atmospheric. A third original song was "A Wayward Sun" which Robert wrote for his father whilst on the plane coming back from a visit to USA. I liked the almost rock style guitar played over a cello counterpoint. It contains the advice "Put on your hat when the rain comes, let it roll down your back." Sage guidance indeed.We visited the Emerald Isle for "Red Is The Rose" a traditional Irish tune. This tune fully exploited the interesting combination of cello, guitar, violin, mouth organ and vocal harmonies. A further original song "Sweet Elizabeth" ("when will you be free") recounted the tale of a love that cannot yet be requited. It seems the oldest recorded English folk song is ""Prickly Bush." (aka "The Maid Freed from the Gallows") Like most songs of that age, they have been "adapted" by singers over the ages, to the point where no two versions are alike. That said, each has their own appeal and none more so that the version we heard this night. The unfortunate in the song is about to be hanged, but pleads with the hangman to stay his rope as a succession of the miscreant's family are seen approaching, hopefully with payment to secure release. Sadly, they each want to see the hanging. A lover appears with the requisite fee and a resolve is made never to stray again. This song was followed by "Cherry Tree" which was notable for a good instrumental in the middle.We were back into original country for what was intended to be the last song of the set "Hold Me Down" ("...and hold my tongue, as I figure out how to get along with you".) This actually turned out be the penultimate number in the set because a suggestion came from the audience that they try "Big Crane" for which the video has just been issued. On the record, it is played by a full band and it was interesting to see the treatment given to the song by only the instruments to hand. . - I loved it! It was a super set and the sort of appeal that this band has should attract audiences from all spheres. Certainly, A Different Thread" are now on my radar and I hope to encounter them again soon. Check out their Facebook page, search for their name. they also have a website www.adifferentthread.com.

Ed Donovan and His Wandering Moles at Newbold Chapel.

Bernard Hoskin at The Chapel Newbold

Folk on the Water's second monthly evening concert of 2017 had a superb collection of artists to entertain us.
[10 images] END_OF_DOCUMENT_TOKEN_TO_BE_REPLACED