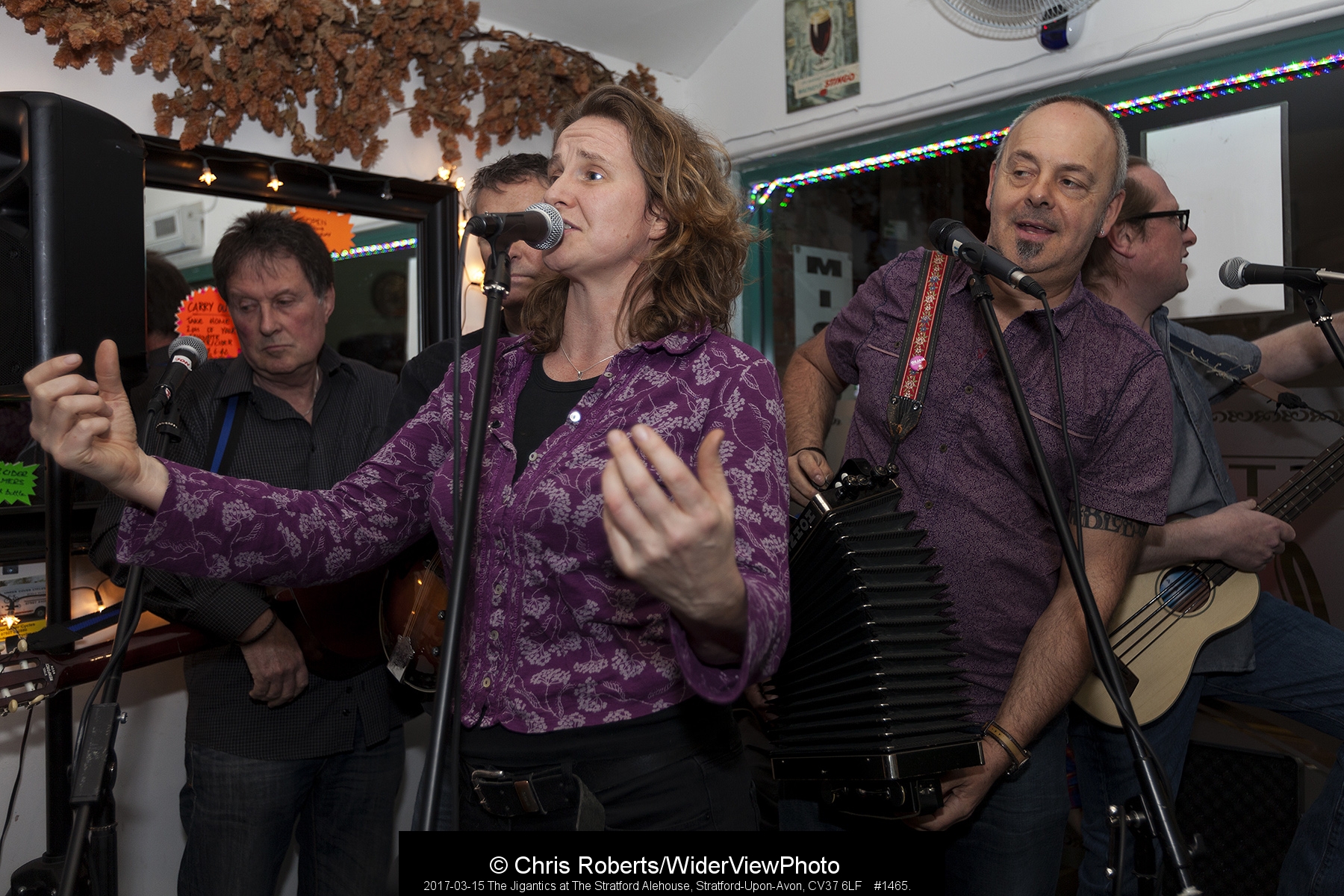 1 of 8
The Stratford-upon-Avon Folk Club celebrated its 6th birthday this week with The Jigantics as feature act along with generous amounts of cake!The Stratford Folk Club was setup 6 years ago by local cellist Tori Rushton with help along the way from local musician Jon Bird. Tori and Jon both play in the local folk group Magik River.The club started off at The Embassy club before next moving to No1 Shakespeare and in 2015 to the Stratford Alehouse on Greenhill Street. The Stratford Alehouse, run by Bill, Phil and the team, was voted best branch pub of 2016 in the Warwickshire area.After an introduction from host Tori Rushton The Jigantics took to the stage in their new 5 piece format, with recently recruited Graham Missen on vocals, guitar and mandolin. Joined him was Mark Cole on vocals, mandolin and guitar, Lyndon Webb on acoustic bass and vocals, Rick Edwards on guitar and improvising on the small stage Martin Fitzgibbon on percussion (which was the back of an acoustic guitar)!.The Jigantics had headlined on the 1st Stratford FABFest held in 2015 in the gardens behind The Old Tramway pub.They sang a selection of their own songs including "Swimming Song" and "Hold On" as well as a new song "Turning Away". They also played some covers including "The Weight" and "Hammer Down".All of the songs were performed with passion, both quick and slow numbers, with great guitar/mandolin/bass interplay with great multi layered harmonies. Audience participation was a must and we all joined in on songs lots of the audience had heard before.Following their performance and encore Tori brought out cake for all the audience and musicians to share.Following on from The Jigantics we had several acts taking up a floor spot on the stage including Jonathan Fletcher, Steve Bentley, David Manley, Samantha Tongue and a little song from Tori at the end.As Tori commented after "The Stratford Alehouse was packed with music lovers, Ale drinkers and chocolate cake. The atmosphere was truly lovely and so fantastic to have a warm, beautiful community feel on these nights I put on twice a month." "I feel blessed and I thank all of you from the bottom of my heart who have been to the folk club previously to any of the folk club acoustic and concert nights in the last 6 years as well last night celebrations. Here's to more years of sublime local live music for this beautiful town." This summer the very first Stratford Folk Festival, with camping, will be held (2nd June to 4th June) as well as year 3 of Stratford Fab Fest at The OId Tramway (15th July and 16th July).