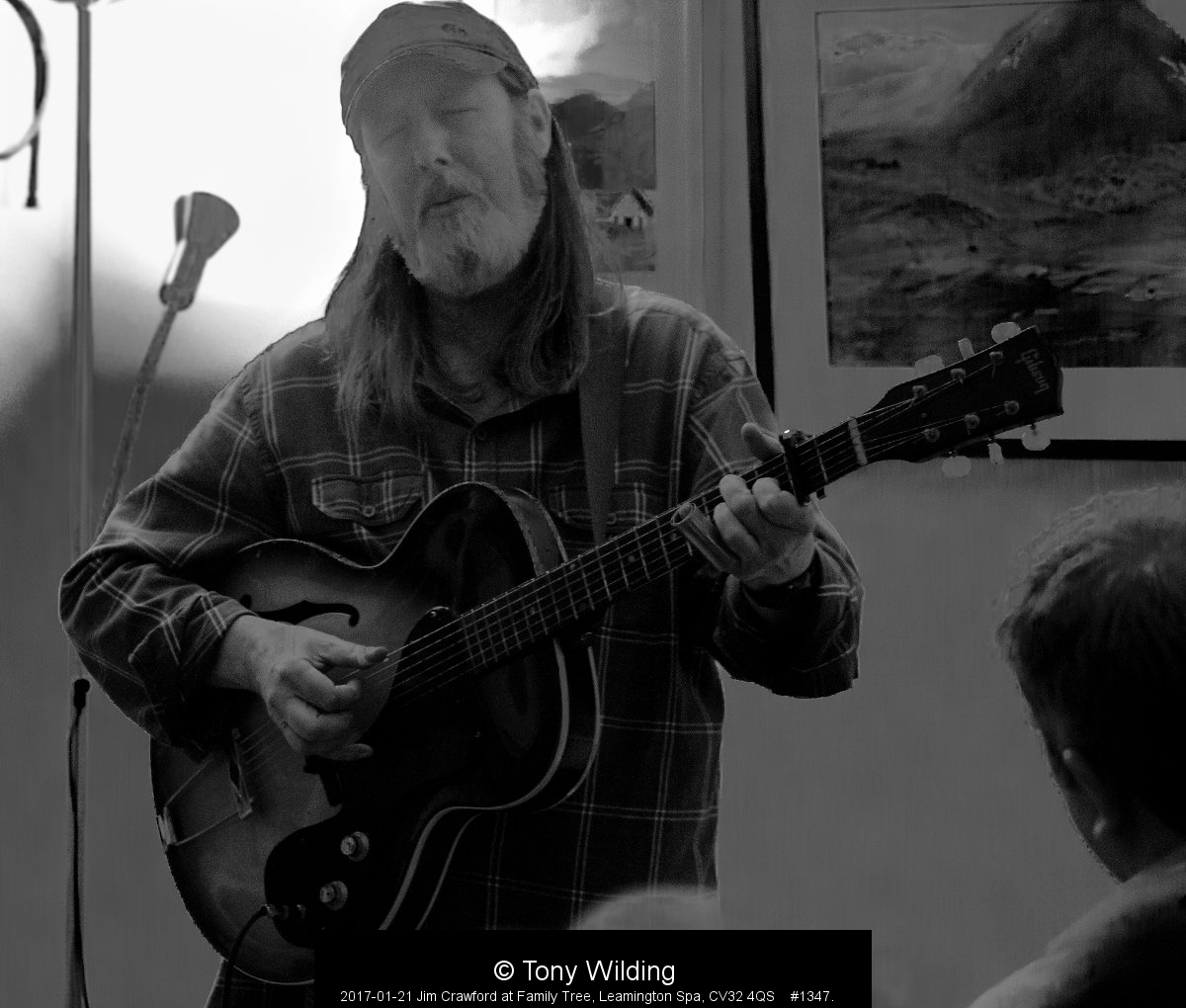 Sheep Dip Sessions with Jim CrawfordSheep Dip sessions a regular house concert in grand home of gracious hosts Michael and Dee welcoming 40 plus folks to evening of veteran bluesman Jim Crawford.West Country based gent provides slide and acoustic blues of the highest order on the bill replete with a sparkling wit as he charts his music career from it's early days in Mecca dance halls, Jim recalls transposing the latest trends after purchasing and listening to chart 45's on a turntable and his latest crack Tip Of The Week (you have to be there).Referencing blues masters by christian name rather than nickname as he finger-picks or performs slide homage to the likes of Sam Hopkins and Huddie Ledbelly with originals and covers lifted from his own 3 releases. "Roots & Originals" the most recent (2010) airs Bob Dylan's 'Girl from The North Country' with an arrangement by Jim with one of those guitar phrasings that cannot fail to please. Title song of his 2002 CD "When The Rains Came" acknowledged two fold, pen drop (I know it should be pin but this writer the clown who dropped his pen) and greater recognition on 2008 Beth Rowley album "Litte Dreamer". Fellow guest Kate Vassalos cribbing the music chart for both the aforementioned songs. This CD also home of call and response 'Sell My Monkey', Chicago providing the original source, lapped up in sing-along. 'Jitterbug Swing' lifted from "Blues Boy" a title which belies the senority placed before sated audience, treated with 'Nothing Left To Lose' another Kate may just learn at tomorrow's workshop with Jim who earlier had given those gathered quick lesson on Ukulele as he demonstrated both leanings of folk and blues in just thinking guitar. Next Session - Red Dirt SkinnersInvite and venue detailshttp://www.sheepdipmusic.co.uk/#/sessions/4565296490