Kellimarie hits the big time in "Got what it Takes?"


Kellimarie hits the big time in "Got what it Takes?" 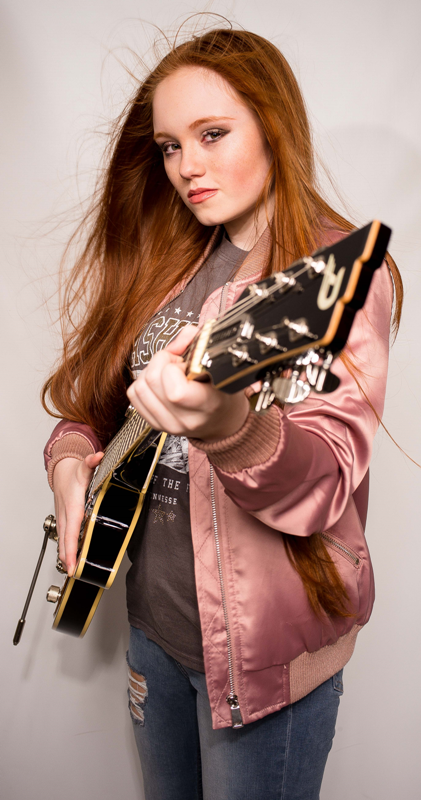 Fourteen year old Kellimarie Willis from Ryton on Dunsmore is about to be unleashed on the nation. She is taking part in the second annual CBBC talent finding show "Got what it takes?" The first airing is on 7th February and continues for ten weeks. Kellimarie who has been playing guitar since she was given one for her seventh birthday, writes her own songs of which she now has thirty or more under her belt. The appearance on the weekly show in her own words counts as "the best experience of my life." I have been watching this talented girl for about two years and as I have said before the maturity of her lyrics are astounding in one so young. Her inspirations are past experiences of family and friends which she might turn into a story about herself. Her early inspiration was Hannah Montana (aka Miley Cyrus). Kellimarie's mum, Debbie Nash, is a cabaret artist in her own right and Kellimarie would sing along as Debbie rehearsed in the car. She noticed that her daughter even at the age of three years possessed a fine vibrato. Even so her parents didn't take Kellimarie's singing seriously until she was almost a teenager. Since then she has given numerous live performances to her credit, gaining confidence all the time.The TV show takes eight super-talented youngsters and puts them (and their mums) through the mill, giving them challenges to earn points towards a place in the final in week nine. There are three places in a sing off each week, two are won by the candidates themselves and the third is won by the mother by completing some sort of physical challenge. One of the challenges might be to write a new song with one of the other competitors, who you might not know very well and who might have very different musical tastes to you. Oh, and by the way, you have an hour to do it! The more points achieved, the better the chance of an appearance in the final which is in week ten. The eleventh show is "The Winner's Story" which culminates in a guest spot in BBC Radio 1's Big Weekend alongside many of their idols in the music industry. That said, during the competition, the kids meet and rub shoulders with the likes of Nick Grimshaw, Calum Scott, Tony Mortimer of East 17 and The Vamps. The ninth week will be open to a public vote to determine the finalists. It will be free to cast your vote. Details will be given during the broadcast of the show. You'll just have to watch (and vote) to see how our local girl makes out. If you can't wait that long, you have two great chances to see her locally. First is the International Children's Games Gala on Friday 17th February at the Albany Theatre in Coventry (aka The Butts Theatre). with a matinee performance on Sunday 19th February. Secondly there is Kellimarie's own EP launch which is taking place at the Rialto in Coundon Coventry on 24th March where she will be supported by Brooke Layla who recently appeared on prime time TV on BBC One's Michael McIntyre Big Show as his "unexpected star". Also on this bill is Tazmin Barnes, who has a singing career in both UK and China. All three artists are part of Big Help Academy based in Rugby. Throughout March, Kellimarie can be seen singing and playing at the Bear in Rugby, The Chapel in Newbold and The Fusilier in Leamington. Check her Facebook page for details. https://www.facebook.com/kellimariewillis/events/.