Gig promotion: The Handsome Family at The Assembly, 19th Feb


Gig promotion: The Handsome Family at The Assembly, 19th Feb 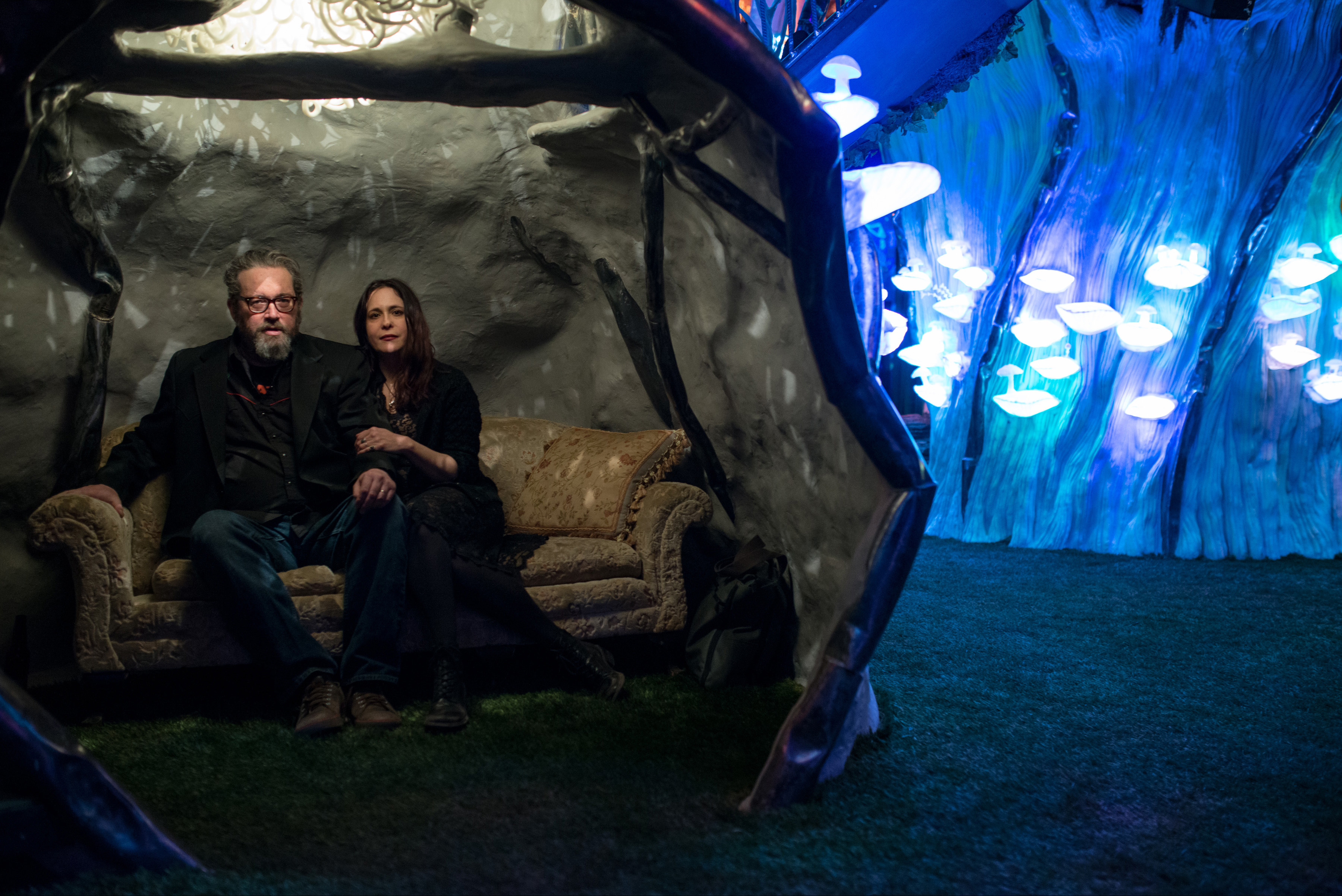 The Handsome Family will be at The Assembly on Sunday, Feb 19th!
Here's the official word from their promotion team at SonicPR...

Cult husband and wife duo The Handsome Family will follow the release of their much anticipated forthcoming stu-dio album release Unseen, with a tour of the UK and Europe, in February and March 2017.

The UK leg of the tour includes the following dates:

The European leg will include Amsterdam, Hamburg, Berlin and Paris.

'Unseen' was released on 16 September and has already been described by Mojo as "The Handsome Family's master-piece". It's causing a serious buzz online with recently released singles 'Gold' and 'Back In My Day' receiving rave reviews and support from key blogs and streaming services such as Spotify including New Music Friday Playlist UK for both their singles...


The band also release a video for their recent single 'Back In my Day', the second single from their forthcoming 10th studio album 'Unseen', released on 16 September via Loose. The video is a fantastically surrealist visual to accompany the tracks' celebration of years past, which sees the band harking back to a time where we could "drink from the river", had "mile-high glaciers", when "the birds were always watching" and "there were monsters in the sea"...

"'Back in My Day' grew out of my frustration at the new street lights put up around our house in Albuquerque, New Mexico. It no longer gets dark here. We get a half-twilight orange dusk for a few hours and then the sun comes up again. I miss the dark night. I miss the stars and the calm that comes from looking out into black space. In this darkness-deprived state I can't be held responsible for whatever false memories pop into my head, but I truly do remember playing music on rings of ice. I remember trying to fold a map. I remember feeling the entire forest watching me as I wandered off into the pines. Brett says all the instruments used to record this song were actually made from ice. He still wears a wristwatch. It may not be removable. He has seen monsters in the sea." - Rennie Sparks, The Handsome Family.

'Unseen', The forthcoming album, with its unique mix of country instrumentation and intriguing surrealist lyricism, explores the unseen stories, people and places of the American west, where The Handsome family live - in Albuquerque, New Mexico. 'Unseen' shines a light on the obscure and forgotten.

The album's first single, 'Gold', recently released to rave reviews and support from streaming services such as Spotify (New Music Friday Playlist UK) is a modern classic murder ballad set against a backdrop of "wide empty streets, the air shaking with heat". 'Gold' paints intense images of a protagonist, with snake tattoos, a ski mask, and gunshot wounds – all the result of feeling "hungry to do something mean". The first track on the album – 'Gold' is the beginning of a journey taking the listener "past the last lights of town" – driving us into the unknown – a place familiar to The Handsome Family.

In 2015 Rennie and Brett Sparks saw their song 'Far From Any Road' about "fire ants on their driveway" picked by American actor Matthew McConaughey to be the theme tune to the HBO TV smash hit: "True Detective".

Rennie Sparks describes an event that personified the band's strange experience of being propelled into a surreal state of limbo by their post True Detective fame, when she miraculously disappeared in an airport. Rennie stated: "At the height of True Detective S1 excitement I disappeared one afternoon while waiting for a flight at O'Hare. A middle-aged businessman, McDonald's bag in one hand, rolling-bag handle in the other - walked up to me and, without pause, turned and sat down on my lap. A second later his French fries and rolling bag were on the floor and he was sputtering apologies, insisting he'd seen an empty chair. This strange invisibility felt similar to the night Brett and I watched the series in our little house in Albuquerque, feeling oddly alone. I have learned to embrace my power to vanish. As a songwriter, you have to be willing to disappear and let your songs outshine you in order to embrace points of view bigger than your own. It was great that a song written about ants in my driveway became a song about cops in Louisiana. That's the best any songwriter can hope for."

And so, Rennie happily remained invisible, even as the band became visible to millions, with YouTube counts for The Handsome Family's 'hit' song climbing to twenty million and more. The song was in the top 10 in US and UK Spotify charts and spent months in the iTunes top 100 in countries as far-flung as Vietnam, South Africa, and the Ukraine.

'Unseen' continues The Handsome Family's embrace of things beyond easy view: the slow dive of the sun, enormous bugs awakening in thorny yards, sirens and coyotes that cry out to the purple sky. 'Unseen', an epic western gothic masterpiece, draws from real life events. 'Gold' began when a bunch of twenty-dollar bills blew in Brett's face in a parking-lot dust storm. 'Gentlemen', is a tribute to William Crookes who built the first vacuum tube in 1875, hoping to detect spirits from unseen dimensions. Many tracks fix around the idea that light that emanates from things we can't see - behind 'The Red Door', in the empty hands of blackjack losers ('The Silver Light'), and amidst desert bones bleaching in the sun ('King of Dust').

'Unseen' was recorded by Brett at his home studio at night – "with only hawk moths listening". It features a rich tapestry of instrumentation, which conjures images of the magical landscape of the Sparks' New Mexico surroundings. David Gutierrez plays mandolin on 'Tiny Tina' and dobro on 'The Silver Light'. Alex MacMahon: guitar on 'The Silver Light', baritone guitar and pedal steel on 'Gold'. Jason Toth: drums throughout (except 'Green Willow Valley'). Rennie wrote all the lyrics. She sang and played banjo and autoharp, but "didn't bother to write down on which songs".

The Sparks have released 10 albums since 1995's Odessa. Their songs have been covered by countless YouTubers and well-known artists like Jeff Tweedy, Amanda Palmer, Cerys Matthews, Christy Moore and Andrew Bird (who released an entire record of HF covers). Guns 'N' Roses used, 'Far From Any Road' as stage entrance music for a South American tour, and both Bruce Springsteen and Ringo Starr are fans. Decades into their careers, after win-ning the TV theme tune jackpot - the Sparks still find their greatest reward in disappearing into new songs.

Unseen, the new album from The Handsome Family, was released 16th September on Loose. Available on 180g Pond Green vinyl, CD and download.

The Handsome Family at The Assembly

The Handsome FamilyThe Assembly (aka A great venue to worship Satan)Sunday, 19 Feb 2017 at 7:30 PM(support: William the Conqueror)If Gomez had ...
[12 images] END_OF_DOCUMENT_TOKEN_TO_BE_REPLACED

AMBER RUN have announced an acoustic live show ‘AMBER RUN UNPLUGGED' at The Assembly, Leamington Spa on 10th May 2022 TICKETS ARE ON SALE NOW ...
[1 image] END_OF_DOCUMENT_TOKEN_TO_BE_REPLACED