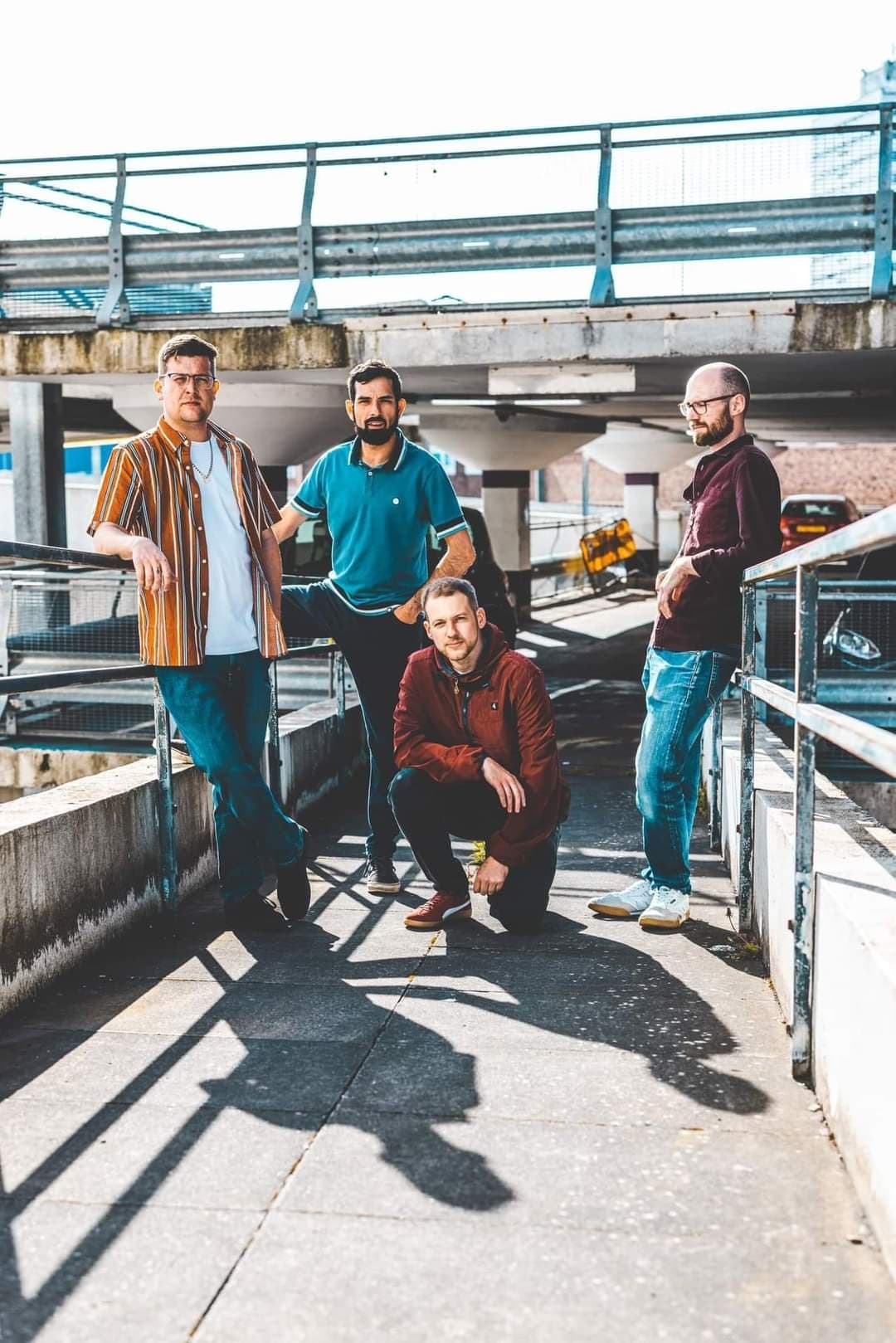 You may remember popular local band Fourth in Line whose "On The Run" appeared on ‘Hot Music Live Presents Volume Four'.  That band is no more, but fortunately former front man Louie Forde has been in touch regarding the new band he is now a member of, Spiral City.

You may have already caught them supporting Idle Noise at the HMV Empire and their hard work developing the band & a repertoire will really start paying off with their debut single scheduled for later in 2022, more high profile gigs & a headline one planned for 2023. They aim to "hit the ground running" and feel that having all paid their dues in previous bands, there is no need to do so again. To aid them get the message across, they have already put a substantial support team in place to help with production, sound, visuals & social media/promotion.

As well as Louie, the new band features his former Making Maisie bandmate Dan Ostrowski on drums, former The Taboo Club member Tom White plays bass & Jack Waterfield whom you may recall from Flygone is on guitar: something of a local indie rock supergroup in fact.

They seem to have pooled not only their considerable musical resources but also their experiences in order to distil down what it is that they are aiming for and to deliver it as clearly & precisely as possible. As Louie tells me:  "We like to play with dynamics and timing…to create an enveloping atmosphere that draws people in and keeps people hooked until the final note is struck!"

With the preparatory work pretty much completed, the next stage is clearly to reveal themselves to the wider world. Obviously some of you will have heard them play already, but I have been fortunate enough to hear  a couple of the first tracks the band have recorded & slated for release ( the debut "Divide" and another one to appear later in the year whose name for the moment I'll keep under wraps until its time comes)

Believe me their efforts, thoughts & talents have paid off with "Divide". The band are walking a fine line between the burning desire to tell you all about themselves and the danger of spilling all their secrets at once, so I'll respect that & whet your appetite without ruining the treat when it drops.

Wise & experienced heads know how to make decisions along the lines of "what should be our debut single?" You want impact & you want to grab people's attention at the first opportunity, so you look through your repertoire to find something with hooks & heart, which sums up your music (you certainly don't want to run the risk of putting out something so unrepresentative that it does well but your second one, being greatly different, disappoints relatively) but on the other hand doesn't sound cynically constructed to grab for instant commercial success at the expense of respect: you need to respect your audience and offer something truthful.

And I believe they've pulled that off.  The band have set out several characteristics they'd like to be known for: "infectious guitar lines"? Check. "Strong vocals"? Very much so.  "A robust rhythm section."? To be honest, I think they set their sights a little low here as although undoubtedly robust, the bass & drums offer a much more sinuous experience which twirl around the other elements as well as offering them a foundation.

You get more hooks than in the average angler's kitbag, frequently shifting dynamics, interesting arrangement details and all the necessities to keep the listener engaged for every one of the three and three quarter minutes, and it's all tied together by the liquid vocals which though strong, also do not show off nor add false emotions: it's all for real folks.

In terms of the scheduled follow up, I need perhaps to be even more discreet at this point (though no doubt I'll be reviewing both in their turn) as the band are keeping it under wraps at least as far as its status as an intended single is concerned. Since you'll probably hear it at a gig, it's up to you to speculate which of their setlist it might be… All I will say is that it's not terribly similar to "Divide" so they won't be falling into any traps around boring audiences with homogenous material & if you like funky rock where the bass in particular is a heck of a lot more involved than just being "robust" then you'll love it.

Pending the single release and a gig you can make it to, you can hear Spiral City on BBC Introducing for Coventry & Warwickshire this evening (23rd July) and here are the media by which you can acquaint yourself with the band & their activities:

They are open to working with promoters, other bands etc so why not check them out & if you fancy what you hear, make them an offer?

This sounds to me like a combination not only with the quality to make an instant impact but one with the commitment to being around a long time.