"Got To Be With You" by The Eyes of Isabel


"Got To Be With You" by The Eyes of Isabel 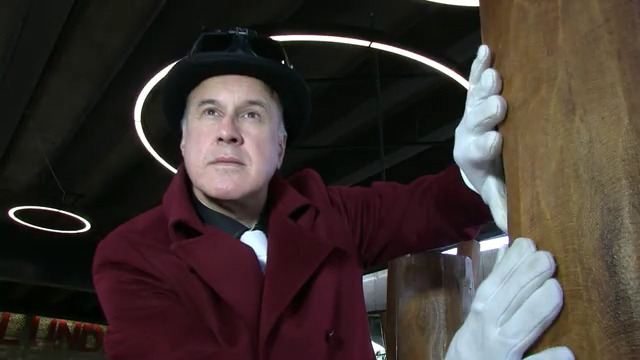 Out now is the new single "Got To Be With You" from The Eyes of Isabel. As often is the case with this band/project whose pivotal member is founder Tony Ally, the lineup is slightly different to the preceding "Penthouse Complex" as Adam Cross, with whom they'd previously worked on "Sensual" is here on saxophone, joining Tony on lead vocals with the Woodbine Street production team of John Rivers (keyboards & backing vocals) and Eddy Hewitt (bass, keyboards, guitars and drum programming) also contributing as performers as they often do.

As with all songs by the band, you will probably become acquainted with it via the medium of the cinematic video by Andy McGeechan (check it out at https://www.youtube.com/watch?v=LTLpqB-LB00 ) who  interprets Tony's words & therefore adds extra layers of meaning & nuance. Again starring Tracey Gillan plus Tony's cousins Lee & Leo plus the former's partner Cristal Marie and shot locally (you may recognise locations in Cheylesmore, Meriden & Coventry city centre), this is a world away from the gangster & crime centred tales of recent singles with a romantic & summer orientated feel: the lyrics celebrating  relationships rather than skewering the obnoxious & deplorable.

The sound is pretty funky though there is a ska feel in the beat & sax which works well with the bassline. It says in music & words (plus Andy's images) what it means: there is no ambiguity nor obfuscation here: just one to enjoy & hopefully relate to. "We all wanted to make a fun summer pop video and we all had a real blast making it" Tony tells me of the video & I imagine he could have said something similar about the track itself.

"Penthouse Complex" by The Eyes of Isabel

Fresh out from The Eyes of Isabel is their latest dramatic piece, "Penthouse Complex".
[1 image] END_OF_DOCUMENT_TOKEN_TO_BE_REPLACED

Last month, I caught up with John Rivers at Woodbine Street Studios and shared some of his enthusiasms with you.
[1 image] END_OF_DOCUMENT_TOKEN_TO_BE_REPLACED