A catch up with Roxanne de Bastion 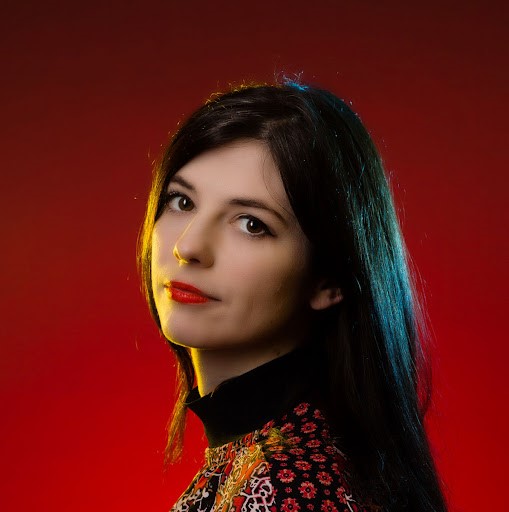 As reported in the magazine way back in February, acclaimed singer-songwriter Roxanne de Bastion will be playing at The Tin on June 7th as part of a national tour celebrating the release of her latest album ‘You & Me, We Are the Same': the follow up to her big breakthrough debut ‘Heirlooms & Hearsay' from 2017. I was fortunate enough to catch up with her to discuss various musical matters ahead of that gig.

My first concern was for her health: the original tour dates having been rescheduled for such a reason. You'll be glad to know that those issues are behind her & she's really looking forwards to playing the tour.

More generally the last two years have "been eventful… a steep learning curve". Roxanne had literally just finished recording the album (with Bernard Butler in his home studio "which was fun") when COVID19 struck. So busy has she always been as a performer that it was "quite a shock to the system" not just to be unable to play live but it had literally been the first time since she left school that she'd spent more than a couple of months in a single location. However she seems to have turned the necessity into a positivity and now feels "grateful for the break": no doubt this relates to some degree to the processing of emotions and grieving as her Dad passed away just before the pandemic struck & the album reflects the period when they were clearly losing him.

She feels "heartbroken" for artists with less an established fanbase whose plans were scuppered & momentum lost & is grateful that she'd already built one up and was able to livestream to them: something she enjoyed even though it was so different performing to a laptop rather than to "a room full of energy & people's immediate reactions". She is therefore looking forwards to finally playing these songs in such a space "and seeing what life they take on out in the world".

We spoke too a little about how so many artists swiftly upskilled in learning how to livestream & this drew some interesting observations from Roxanne along the lines of "independent artists are used to develop very quickly & you have to acquire such a weird wide range of skills that I think independent & smaller artists are almost better at being able to do that than acts who have teams and big budgets..we can react much quicker".

It was helpful to ensure that she wasn't just sitting on this new album & so she went on a virtual tour of the country, teaming up with different groups for livestreaming including The Big Comfy Bookshop.

Come the Tin gig, Roxanne reports that her setlist will be drawing on both albums & since they both centre on family members with roots in the West Midlands, she is looking forwards to playing them in their home region. Support for all gigs on the tour will be Zoe Konez but Roxanne was able to reveal to me that a special guest for this date would be Bar Pandora whom of course we have featured in the magazine.

I especially wanted to talk too with Roxanne about her work with the Featured Artist Coalition. She told me that joining this "lovely community" who support artists' rights was a good progression for her. As someone who "learns by doing", she "kind of made it work" touring & recording completely independently to begin with & this drew the FAC to approach her to bring her expertise & experience to one of their panels, which led to being invited to join the Board to represent "a younger generation of artists who are used to building their career outside of the traditional music industry" As a "strong believer in community and in music" she feels that she could challenge the old industry which "pitted artists against each other, using smoke & mirrors, was very intransparent.." and allow artists to learn from one another. (Which is really redolent of what Paul McLoone said to me only the previous day about how he sees the current Irish music scene compared with the "bitchiness" of his earlier years in the business). She is really happy to have found an organisation "which has those core values and is fighting for a more transparent industry… make sure artists are heard & represented".

Looking specifically at current & frankly existential issues for musicians such as streaming & COVID19, Roxanne assures me that they are very much on the FAC's agenda & they've been contributing to the Government's examination of the effects of streaming. She finds the systems involved to be highly complex & technical but also outdated and unfair to artists. With regards to COVID19, she was "happy to see the industry pull together: all the major companies & organisations came up with some form of relief fund" for all those left high & dry: crew, promoters & venues as well as performers. "If you come into something as a little bit of an outsider…..as an independent musician you just discover things .. you learn about royalties….you discover how these things work or don't work bit by bit. A lot of it is "Emperor's Clothing".. lots of music fans don't understand: lots of musicians don't understand what a standard musical deal looks like. That can sometimes be really unjust towards artists…. What I'm trying to say tactfully is that there's a lot to improve upon and luckily there are such organisations like the FAC and like Help Musicians and through technology artists are empowered to have more choice over how they want to conduct their careers. It's great that signing to a major label isn't the only route towards becoming a full time musician".

I felt that Roxanne's outlook seemed on balance to be optimistic and she confirmed that. "If you don't see the potential and have the hope that that we can all make a choice every day to make our environments better.. I don't think being optimistic negates how difficult some things are: I just think that's the only way to make progress".

We then moved onto the issue of the mental health of musicians post COVID19 particularly. Roxanne paid tribute to her Dad at this point, crediting him with being "the eternal optimist"

"I know it can be so tough after two years of not making music but I'd like all musicians to know that what they do regardless of how big their audience is really important and matters. Making music is good for your mental health…. Singing is therapeutic, dancing to music is therapeutic, playing music is therapeutic and I think once live music was taken away, if we didn't know it before, we all realised what a powerful force that can be, when people come together in a room to experience music."

My final enquiries were around which other musicians Roxanne is currently listening to & which emerging artists she'd like to recommend to "Hot Music Live" readers.In terms of the former, she cited The Beatles, Ezra Furman and Anaïs Mitchell and for the latter I was delighted that she suggested two Coventry & Warwickshire artists: the afore-mentioned Bar Pandora plus Emma McGann whom she finds "inspirational.. always embracing new technologies"

So there you have it: a musician with a very thoughtful & self aware understanding not only of her own craft but also to the wider musical community

As I've got out more in recent weeks to see live music again, I've been most fortunate to catch some artists whose reputations were made in ...
[9 images] END_OF_DOCUMENT_TOKEN_TO_BE_REPLACED

As anticipated in my interview with Bid last month, yesterday evening saw a magnificent gig at the Tin with the Monochrome Set being supported by The ...
[6 images] END_OF_DOCUMENT_TOKEN_TO_BE_REPLACED

Sadly, my live reviews for 2020 & 2021 have been disproportionately outnumbered by my reviews of releases (and let's not forget the last word of ...
[3 images] END_OF_DOCUMENT_TOKEN_TO_BE_REPLACED