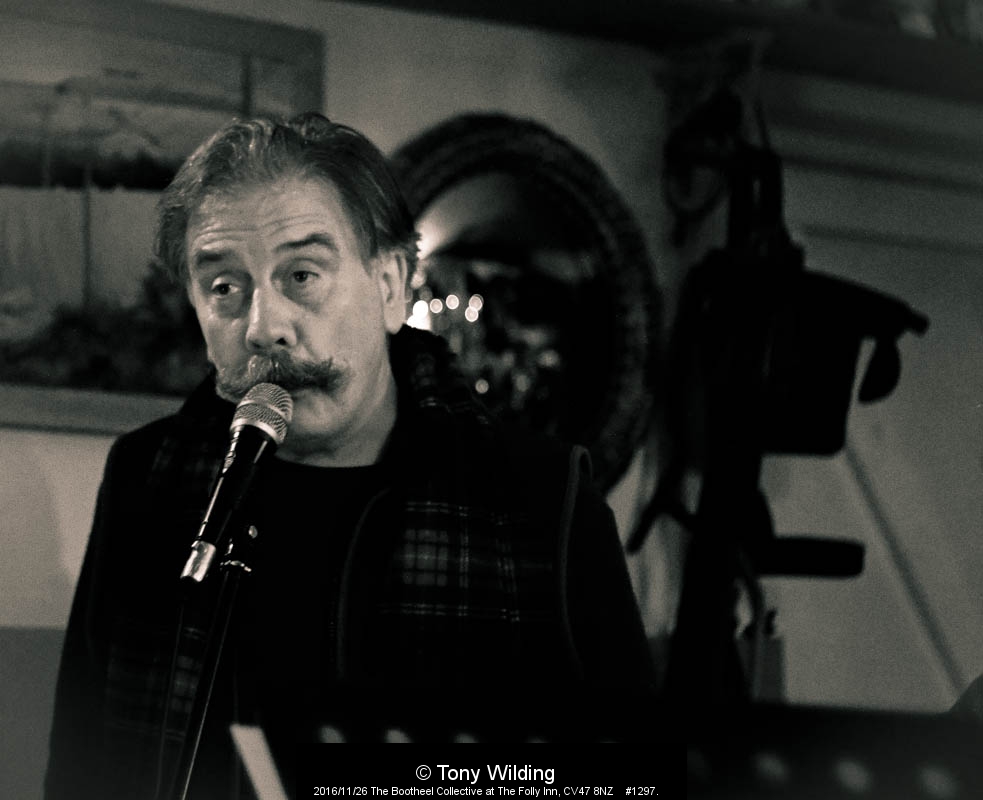 1 of 11
First visit to canal side Folly Inn (Napton On The Hill) delights with fine dining, crazy antiques, dancing girls and eclectic choice of music from amalgam of Crow's Feet, The Sophia Vassalos Band and guests on the night. Musicians playing, resting or swapping duties throughout a 2 hour set Leamington's Jon 'Bungle Blackford' (bass), from Rugby Digger (djembe), Tea Chest Brian of Lutterworth and John Black (violin & acoustic), led by Keith Nickless (double bass, harmonica, slide guitar, acoustic & banjo) and lead vocals, deputizing for the ill Sophia. Get well soon for some more quips about old songs just for me (like an elephant who never forgets - The Twisted Barrel, Coventry hosted by the rather marvelous Glyn Finch - 'Hush' & 'Don't Let Me Down'). Picturing Keith in her role a haunting notion, mother Kate (acoustic) & partner Stix (cajon) have my sympathy at the idea. Guesting was George Houquez (acoustic). Maddie Nickless (flute and penny whistle).Absent on other duties Richard Notton, 3 percussionists would have made the squeeze a tight fit, a band missing among a set list of Americana, Folk, Blues, Gospel, Bluegrass, 70's rock& pop with touch of Chuck Berry in form of landlord Mark Roden (vocals).Improvisation on not a full set list and in no particular oder, slave song, 'Mary Don't You Weep', nightmarish 'Walking In The Air', 'How Come, 'Walking In Memphis', 'Moon Over Memphis', the risque 'Too Hard Too Long' thankfully later in the night than 'Aphrodisiac', 'Take Me Home Country Roads', 'Dance The Night Away', 'Bad Moon Rising', 'Hill Of Thieves' Maddie returning to fold, this time on penny whistle.Keith taking breather with John Black taking lead on 'Short People' rarely heard in PC times and 'The Belle Of Belfast City'. Article title throwback to the evenings craic about which key song was in, leading to seaside, Flintshire, A side and flip. I missed more than a few song titles which remain unknown to me but one involved a whole lotta woman (my dancing sure was) and another a party that never ends, seemingly this one went some distance after I had to leave.Heading your way? A must see.

The plethora of summer music festivals that take place around the world offer music lovers many opportunities to see top-flight and established ...
[11 images] END_OF_DOCUMENT_TOKEN_TO_BE_REPLACED