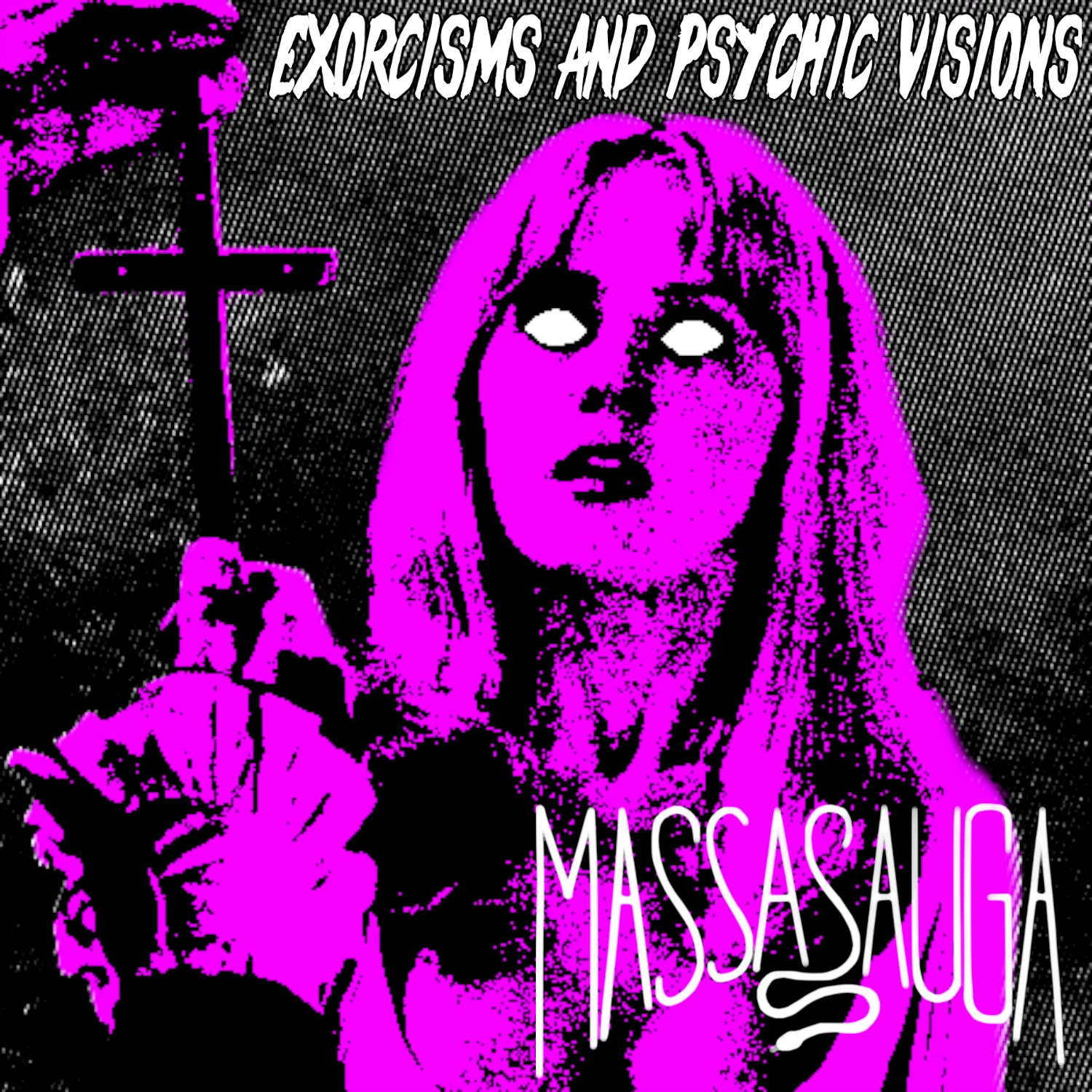 Out at 1800 today was the long awaited EP by Massasauga, ‘Exorcisms and Psychic Visions'  which is also a compendium of most of their recent singles: "Motorbeast" "Psychic Visions", "10-46" & "Switchblade": only last month's "Bury Me Deeper Than The Rest" (which was conceived to pass their time while the EP was being prepared) is not included.

As all four merited their own review on their individual release, it isn't easy to pass further comment on the merits of each song (please do however feel free to refresh your memory as to what I said), but combined into a group, the overall impression is pretty breath taking.

The band throw heart, soul & the kitchen sink into each song, meaning processing & dealing with them by themselves can just about be within the human capacity. Four in a row however will place considerable demands upon your nervous system: so be warned.

Equally, if you are intending to play the full EP on speakers, you might want to prewarn your housemates & neighbours if you want to reduce the possibilities of shock, medical emergencies etc. Pets too probably need your protection. It's that powerful.

Guitars fuzz & snarl & emulate wild animals. Drums thunder. Trucks attack you. There's murder, threatening behaviour & visitations from beyond. If you want to encapsulate Massasauga in some sort of nutshell, then  ‘Exorcisms and Psychic Visions'  does a perfect job: in fact as an introduction to their way of doing things, you couldn't really wish for anything better.

You can stream the EP from the usual sources, though I'd recommend to die hard fans that going to Bandcamp might be to their advantage……..

Out today at 8 pm is the new Massasauga single, with the sort of title you have come to expect from this band with a penchant for the darker side of ...
[1 image] END_OF_DOCUMENT_TOKEN_TO_BE_REPLACED

One of my favourite movies by Steven Spielberg, has always been "Duel": unfortunately as it was his 1971 feature length debut, it has been grievously ...
[1 image] END_OF_DOCUMENT_TOKEN_TO_BE_REPLACED

Way back in the day, Hallowe'en was a rather different sort of festival, a sort of development of the pagan Samhain harvest festival but ...
[1 image] END_OF_DOCUMENT_TOKEN_TO_BE_REPLACED

It was back in April when out of their "7 Nights of Terror" competition, Massasauga fans voted the chilling "Switchblade" to be their single.
[1 image] END_OF_DOCUMENT_TOKEN_TO_BE_REPLACED

You may remember when back in February Massasauga invited you to participate in their "7 Nights of Terror" wherein they shared teasers of seven songs ...
[1 image] END_OF_DOCUMENT_TOKEN_TO_BE_REPLACED