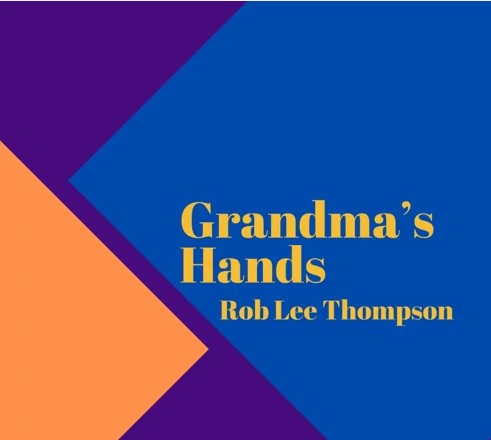 For his first release since last year's ‘Reflection' EP (you may recall that one track from this, "Sing It To Me" appears also on ‘Hot Music Live Presents Volume Five‘), Rob Lee Thompson has today unveiled his version of Bill Withers' 1971 hit "Grandma's Hands".

Joining him on the track are Chris Proctor (whose other gig is Head of Programming at Birmingham's Symphony Hall), Alex Thompson on keyboards, Tom Haines on drums and Mike Green on double bass.

Considering that the original track featured 75% of Booker T & the MGs, those were pretty daunting steps to tread in but fortunately the band have risen to the challenge with aplomb and even taken it somewhere else: concerned that the song is quite short, they have added the sax solo & it certainly does contribute something tasteful & appropriate & helping nudge the song a little bit more towards jazz, though still very faithful to its soul roots.

In fact their respect for the original means that they don't stray from its essential character nor strengths: a cool soulful groove with subtle instrumental flourishes now and again to add variety & texture. It has to be said too that Rob's own voice seems nicely compatible with that of Bill Withers: cool, understated & warm with full focus on the words rather than adding distracting or egotistical grandstanding.

If you are wondering why Rob, after a well received EP of originals has released a cover, you need to be aware of the full context as it's not an abandonment of his own writing but a one off (presumably due to some personal connection with the song) as he has already announced that his next three singles ("Some Days", "You're The One" and "Do We Look Back" ) will be original compositions & I'm sure we're all looking forward to those as well.

In the meantime, we have "Grandma's Hands" to enjoy: and it's a sensitive & thoughtful song laced with a gentle wit and for reviving a Bill Withers song which isn't one of the ones most usually covered & so introducing it to a new, younger audience, respect is due.

It also throws down a calling card for this band: taking on a very high class track and not falling short on the ambition, but matching it beat for beat & even having the confidence to add a new trick which works. Slow burning groove songs like this must be the most challenging to cover as there are no showcase opportunities in the original with which to play, but instead a requirement to keep a steady groove by both playing as little as necessary but within that narrow framework keeping it fresh & interesting throughout without distracting from the singing. And they pull that feat off for sure.

It's uplifting to start a new year by reviewing another local artist whom I've not yet written about in the magazine & on this occasion, ...
[1 image] END_OF_DOCUMENT_TOKEN_TO_BE_REPLACED