"Come Closer" by Tiernán Heffron with The Rising


"Come Closer" by Tiernán Heffron with The Rising 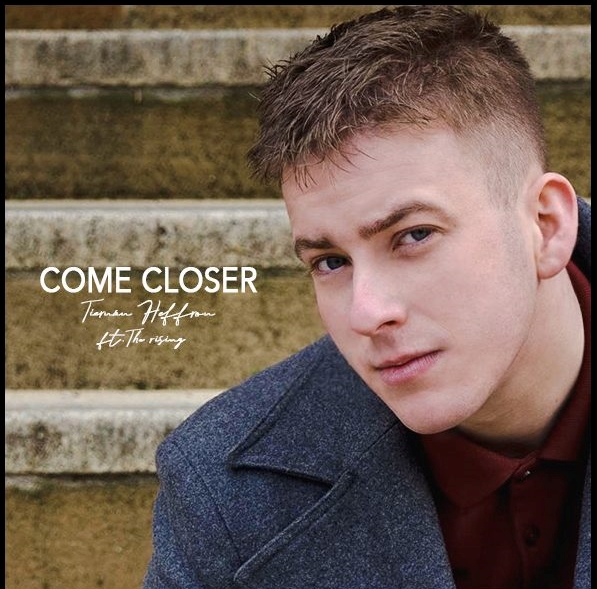 Out today is something a little bit different from The Rising: a collaboration with Irish singer-songwriter Tiernán Heffron  called "Come Closer".

This is a band who never rest on their laurels: indeed there is an impression of constant artistic restlessness with them as they seek to refine their craft, move on with their music & avoid the potential horror of repeating themselves.

Hence although collaborations can be seen as part of their eagerness to help others & engage (and I'd like to thank them once again for their special acoustic version of "Break The Chains" they kindly let ‘Hot Music Live Presents Volume Eight' share to help Ukrainian relief), they also are explicit in how they find collaborations helpful in driving themselves on as musicians.

Thus, as you'll know from previous reviews, they have collaborated before (check out their work with Stephen A Quinn on the "You Had It All" single which came out this time last year for example), but this time the dynamic is somewhat different as the song is Tiernán's own and follows his solo release of the same composition last month: like The Rising, he seems intrigued by the possibilities of returning to songs and exploring new ways to present them in order to draw out various qualities within them: you probably recollect that the band released a "Reimagined" version of the aforementioned "You Had It All" as a single last October.

To be honest, and I seriously doubt that you'd fail to expect this, the most obvious difference between the two versions is the unmistakeable voice of Chantelle McAteer both singing lead on sections originally sung by Tiernán and duetting on others. I'm not sure what parts Chris Logan plays, not least because much of the guitar on the Rising-less version also sounds like his playing so although he's in there somewhere no doubt, it'll be at a subtle level adding texture & nuance, but then that really encapsulates most Rising songs anyway (sorry: all Rising songs): you'd have to have unusual perceptions not to focus first on the vocals.

The song too, which clearly is a very personal one for Tiernán (all the more respect therefore for letting others in on the performance) is also so compatible with what The Rising might do that again one can understand the nature of the attraction of the collaboration.

That compatibility though is more in terms of sound & production. This is Tiernán's story not theirs and to be honest they have taken their writing into much more difficult areas of the last few years: songs which have challenged rather than comforted and so it must have been interesting for them to pay a return to lyrical territory that they no longer much visit.

The musical style too is perhaps something of a trip back to where they were some time ago. They have never disavowed their love of country but they have explored so many genres recently & really abandoned any sense of being pigeonholed into one that I was not surprised when Chris during his recent interview on BBC Coventry & Warwickshire didn't describe their sound, when asked, in terms of country as such but offered something much broader.

"Come Closer" is pretty much more of a country ballad feel (though again, oddly, the "original" single more so than the arrangement with The Rising) and lord knows they are both comfortable with & proficient at this style.

It's been a challenging couple of years for the band, given the potentially fatal disruption to their plans laid back in 2019 & I greatly respect how they regrouped, replanned & adapted. They would have built upon their burgeoning success had those plans come to pass: of that I'm sure, but in their place they have created a very thoughtful & stimulating body of work which might not otherwise have seen the light of day.

They are also getting back into gigging this year but the best news must be that their Kickstarter campaign for a new album recently met & exceeded its target, so we have that to look forwards to.

Along the way no doubt there will be frankly completely unexpected diversion like collaborations of this sort which may keep us on our toes, but I think probably does much the same for them.

It would be easy & possibly lucrative for the band to pander to expectations and force themselves into the tight confines of a popular genre, but to their great credit, artistic exploration & growth seem key for The Rising & long may their courage & hard work be rewarded.