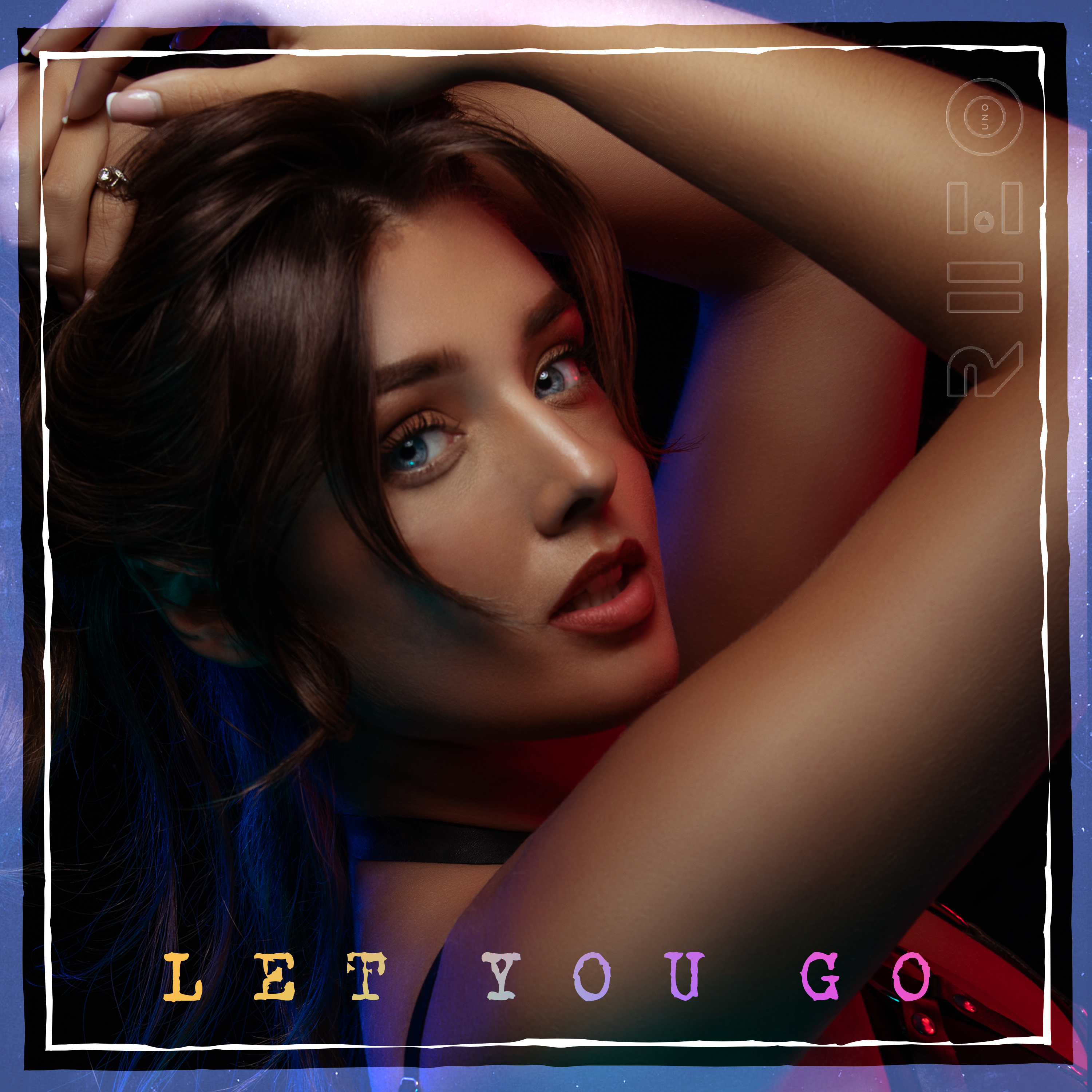 I have two excellent pieces of news from Rheo Uno for you.

Firstly, she has been nominated in two categories (Best Original Artist, and Best Female Vocalist) in the 2022 NREA Awards which recognise the hard work and progression of talented performers from across the North of England, the Midlands, Wales and Scotland. I'm sure you'll join me in wishing her all the best for these: she certainly could hardly be beaten by anyone else for hard work nor talent could she?

Secondly, as extra evidence of her admirable qualities, she has a new single "Let You Go" due for imminent release (on March 22nd), the follow up to "Can't Breathe" which we reviewed in January. Rheo really is on a roll at the moment with a stream of really strong singles such as "Señorita" and "Good Girl" in addition to "Can't Breathe" perhaps demonstrating her frustrations at a fallow year or so due to COVID-19 and a desire to pick up the momentum of her career but also showing how hard she worked at composition during that period, using it fruitfully to give her the material to issue a succession of new songs at frequent intervals & remind the world of what she has to offer.. frankly no wonder she has been noticed by awards organisations but this simply would not have happened without her seizing the initiative over the past few months.

Rheo clearly has a strong idea of what she wants to write about & that she not only produces songs in her own voice but stamps them through with her own personality to great effect, does not mean that she is resistant to collaborating in order to get the best possible track. In this case she worked with regular collaborator Charlie Drew and with Aearon Whyte.

At this point, I'll say something which was one of my immediate responses to "Let You Go" and that's how much I appreciate humour in music. For sure there are very many serious & heartbreaking songs I respect & love, but before writing this article, I sat down & thought about how many of the many artists I admire & personally enjoy & how many of those who are generally regarded among the greatest of all time have used humour in their work at some point & I couldn't think of too many who had not. Conversely, I find that many of the artists I don't think too much of come across as pretty humourless.

Thus one aspect of Rheo's artistry that I particularly rate is this tendency: in fact she seems to be developing it more & more & I like it. If "Good Girl" saw her tongue thrust deeply into her cheek (she felt it gave a "…glimpse of my cheekier side…") then she herself feels the new song goes even further in this direction.

This to me is a sign of an artist so completely confident with herself & her image that she feel very comfortable playing with it & even subverting it: and I think not only does she deserve credit for this but it's probably what draws audiences to her. Yes this is an outwardly glamorous artist who seems very comfortable in the classiest of social settings, but she hasn't forgotten where she came from nor lost her down to earth side.

Thus we get another immaculately crafted & produced (by Monarchy Music who thankfully present her voice as it should be heard without smothering it in the ubiquitous effects which can wreck individuality & personality) pop/dance thriller .

I suppose (though it sounds nothing like it), the song reimagines the Beatles' "Drive My Car" for the Age of the Uber, taking the "riding" metaphor to lengths impossible in 1965 and cheerfully raises the bar on articulating "lust and attraction" to new heights.

As she said to me about her current run of songs "…there's a theme forming here but don't judge me!" and I can assure her that I don't think anyone will: I certainly do not. Throughout the history of popular music these matters have been frequently the subjects for songs, often in as daring language as was possible (think of "Shake, Rattle and Roll" or Bessie Smith's "I Need a Little Sugar in My Bowl") so what we have from Rheo is thoroughly in this tradition, just in the saucy terms of 2022. And what's wrong with that? Frankly I suspect most people dancing to her songs probably have such matters firmly in their minds anyway….

Rheo is simply damn good at writing such songs.

The joy about her writing is that she combines a lightness of touch in what she creates ("..there are such serious events going on around us a bit of light relief may just keep us all going..."), so each individual song comes across with honesty & spontaneity, yet behind the scenes there is such a high work ethic of someone prepared to put in the hard yards to make it professionally.

And it's paying off: Rheo's streaming figures are most impressive & clearly the story about her talents is spreading: what we have known for a while, others are picking up on. Winning awards would both validate this & open yet more doors for her to move onto yet another level. May that come to pass in 2022.

It's not exactly unknown for me to come across a track or artist unexpectedly whom I later review: it must however be more rare for an artist to ...
[1 image] END_OF_DOCUMENT_TOKEN_TO_BE_REPLACED

Like most people, I'm never averse to pleasant surprises & this track dropped so out of the blue that fifteen minutes before starting to write ...
[1 image] END_OF_DOCUMENT_TOKEN_TO_BE_REPLACED

It seems only yesterday that I reviewed Rheo Uno's single "Señorita" for you (it was about a month ago in fact) and here we are again for her ...
[1 image] END_OF_DOCUMENT_TOKEN_TO_BE_REPLACED

I get extremely intrigued by what artists occasionally say about their own work.
[1 image] END_OF_DOCUMENT_TOKEN_TO_BE_REPLACED

Considerably less than a month ago, I was strongly suggesting to you that you should check out the new Rheo Uno single "Wife Me?" yet already the ...
[1 image] END_OF_DOCUMENT_TOKEN_TO_BE_REPLACED

Unfortunately, it has been over a year since I last wrote about a Rheo release in the magazine and a similar timespan since her "Down For You" ...
[1 image] END_OF_DOCUMENT_TOKEN_TO_BE_REPLACED