The Return of The Fallows


The Return of The Fallows 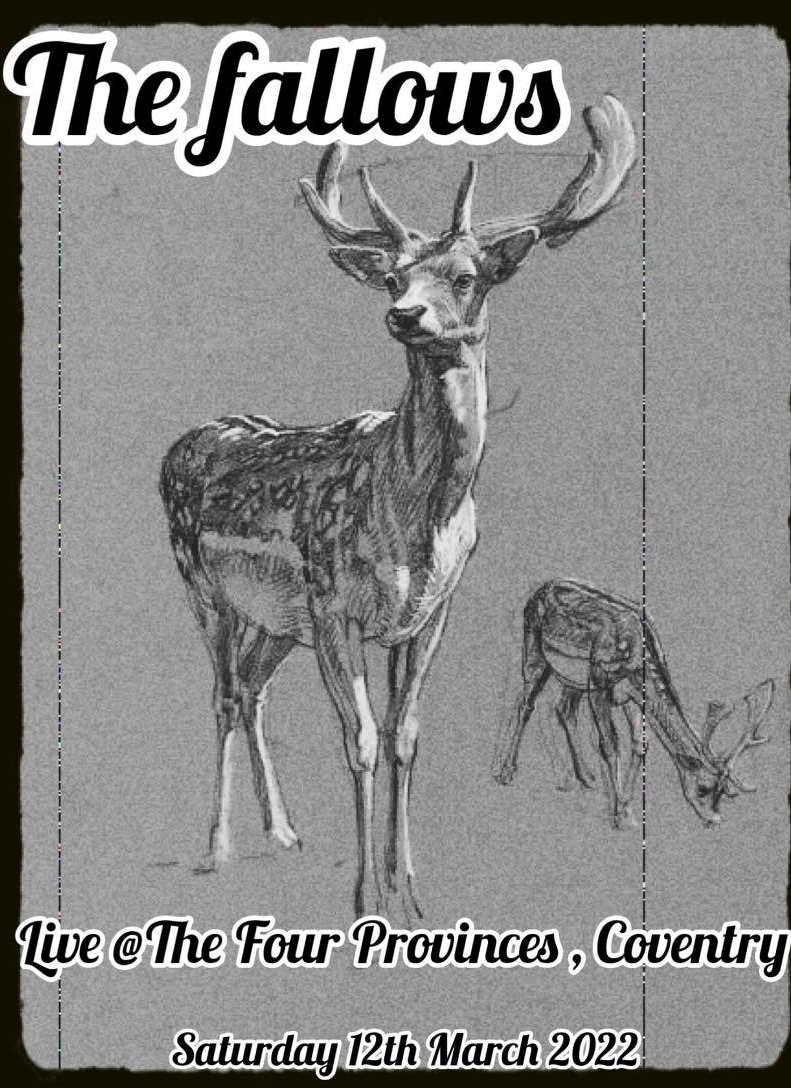 Well I honestly never thought I'd be writing an article on The Fallows again: and probably neither did the band.

As I band I know I'm far from alone in holding in high esteem, they were extremely popular when they decided to call it a day some six years ago (not many groups can go out on quite such a high) but the individual arcs of the various members meant that a reunion seemed unlikely.

In the meantime of course, as this magazine has recorded, Ross Darby has enjoyed a solo career with a similar level of popular & critical acclaim. So it was quite a surprise when I heard from him at the end of last year to hear of his exciting plans and how The Fallows would sit at the heart of these.

In fact it's difficult to convey the sense of enthusiasm I got from Ross (this is precisely what drives the local scene to reach the heights which it does & sets it apart from others both in time & location) but by trying to quote him directly rather than reporting him more drily in my voice, I hope I can get close.

The centre of what they are aiming for is in fact less a selfish career reboot than helping inspire others and provide opportunities for them.

The band will curate "Big Train Sessions" on Sunday afternoons at the Four Provinces in Chapelfields which will gradually evolve from invited guests into public open mic events with musicians also able to jam with The Fallows as house band.

To launch this, there will be a formal gig on March 12th (which by spooky coincidence is the exact tenth anniversary of the launch of their debut album) with special guest Danny Ansell whose spirit & passion for music inspires them as much as they intend to inspire others.

Naturally, this is an evolved Fallows. As I said, the need of several members to move on with other aspects of their lives means that a reconvening of the original lineup is simply as impossible as it always seemed. That said, they have all kept in touch in the intervening years and those members unable to participate have given their blessing & support to Ross & Sam Stokes for a new configuration. This means that they had the chance too to organise a slightly different instrumental combination which brings a fresh approach to the old songs (liberating them from having to fulfil expectations of playing them precisely as "on the record") and a chance to create new material: so you can expect a mixture of both.

Joining the band therefore are:  Ryan Every (guitars) Chris Coughlan (drums) and Brendan Harkin (accordion) and at this point I think I should report what Ross tells me directly: "….the sound started to take shape after three to four sessions. we got to know each other and got the Fallows spirit back again . The energy and commitment was clear from early on…we had a band again….The Fallows were back in business . It was a gamble as people can come, not really fit the energy or the fast pace of writing and learning. The new lads are everything The Fallows needed. We are over the moon with the results and the new lads are enjoying being part of the next chapter..." and this you can see on March 12th.

On a personal, perhaps selfish level, I'm delighted to be able to see this great band again. However this is far from all I feel. What they are aiming to do with these sessions is so close to what we are to support with the magazine & the "Hot Music Live Presents" project: opportunities to enjoy wonderful live original music in the moment yet which also encourages & supports new talent coming through. Scenes often have huge amounts of energy, but sustaining this is usually impossible so inevitably they peter out, unless positive steps are taken like this to keep them going: we are so lucky in Coventry & Warwickshire at the moment to have so much original young talent around, but history teaches us that this is not guaranteed to stay the way for ever by themselves. The Fallows I'm sure will thrive & totally justify regrouping to themselves & others, but the Big Train Sessions may well be their biggest legacy….

I'm sure (so is Ross!) that March 12th will see the Four Provinces packed but please try & support all the sessions going forward so you too can work with The Fallows on their righteous work. When he originally outlined the idea to me, Ross said "…I sound like a raving lunatic.." but I think he was being hard on himself: it is a challenging plan, but a realistic one if people walk the walk & support them (let's face it: think what you'll be rewarded with by coming along). His vision of "...a club.." too is worth emphasising as a community spirit within a music scene is what enables artists best support themselves both through those initial steps playing & later whe moments of doubt creep in, as ofte they can.