"Jessica" by The Eyes of Isabel


"Jessica" by The Eyes of Isabel 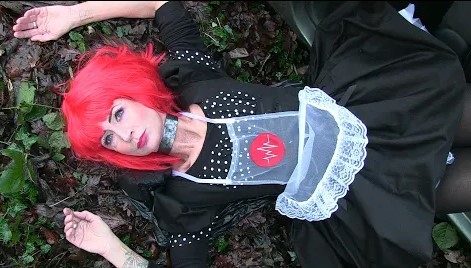 I hope that you have been enjoying "Working On Your Chemistry" on ‘Hot Music Live Presents Volume Seven'? If so, and you've been looking forward to new material from The Eyes of Isabel & specifically the main man behind that project, Tony Ally, then you are in luck as "Jessica" debuted last evening.

The song itself, while possessing a surface pop simplicity, is in fact quite subtly sophisticated in form & theme: the former owing perhaps more to Burt Bacharach than the electro pop of other releases and possibly this is why Matt was invited in as he gives a suitably Tony Bennett/Richard Hawley style "adult" rendition. In fact the latter comparison is underlined by Eddy's classy guitar solo.

The "meaning" of "Jessica" seems connected with an exploration of what it means to be human and potential alienation from humanity. The subject may be an actual android in a future where humans can form relations with them, or the whole song may be a metaphor I suppose for inter-human relationships of our own times, perhaps with a suggestion that living up to the expectations of mundane bourgeois life can rob people of their basic humanity. Or possibly the song is capable of sustaining both interpretations. What is striking though is how Tony expresses his preference for genuine life and compassion for the song's protagonist by offering such a lush arrangement rather than the standard electronica most robot themed songs go for.

As with all other Eyes of Isabel songs, it is hard to disassociate what you hear from the visuals which Andy McGeechan crafts to accompany them: indeed Tony shares new material in such a way that the primary point of access is via Andy's videos on YouTube. The relationship is so symbiotic that it would be interesting to explore it further: I'd say that Tony seems to write the songs with a visual as well as aural vision in his head but as to at what point he shares this with Andy or just leaves it up to him to interpret each one in his own way is not apparent: what matters however is that once played, the two work together in your mind to fully create your impression as to its meaning for you.

Andy's video for "Jessica" can be found via this link:

The Eyes of Isabel is a fascinating project & it is greatly to Tony's credit how he ensures the song is central to the matter and thus how he not only has put together a flexible collaborative circle to serve this end, but how too he subsumes his own role into the whole, allowing the talents, both musical & visual, of others to take more central stage.