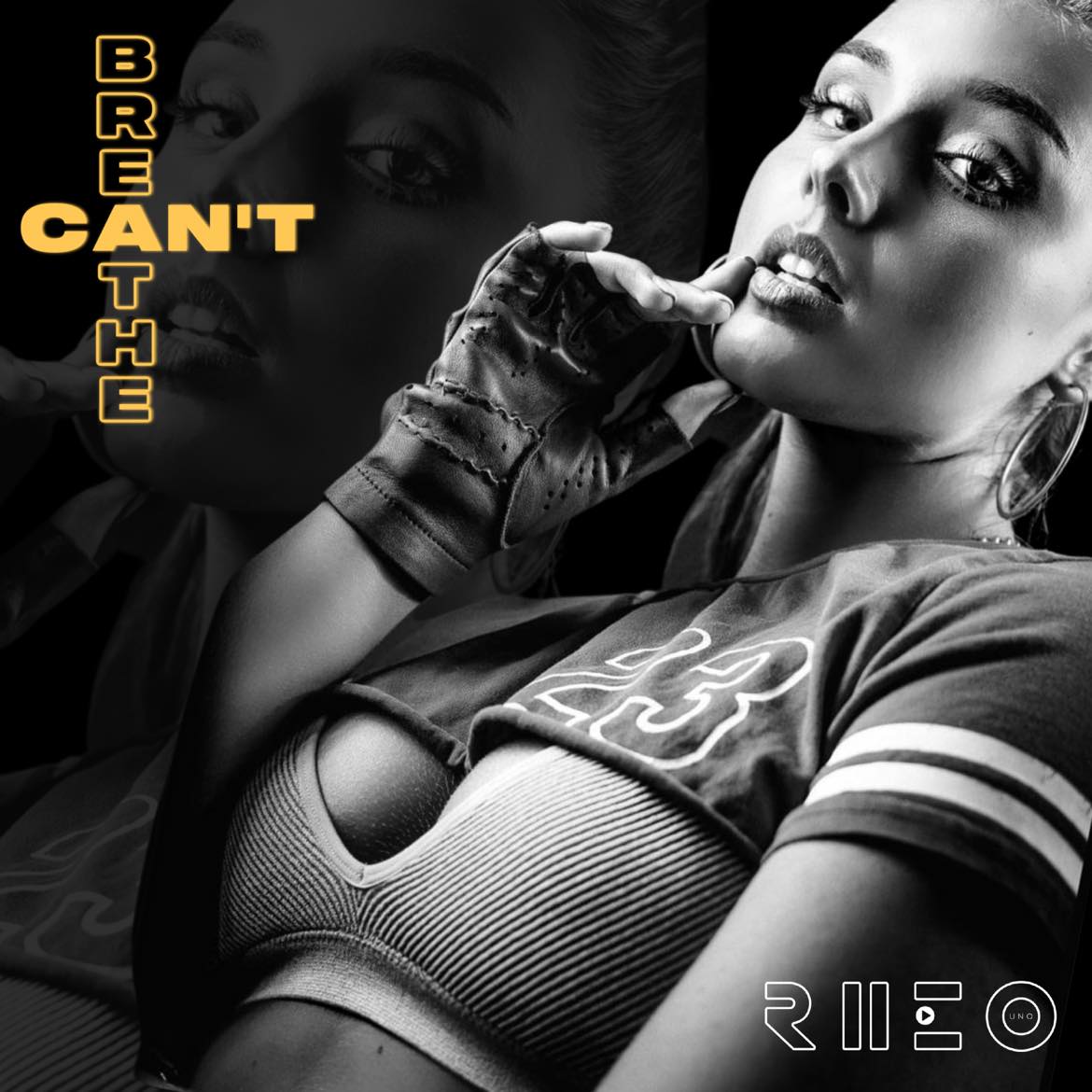 Like most people, I'm never averse to pleasant surprises & this track dropped so out of the blue that fifteen minutes before starting to write this review, I had no idea it existed. I'm talking about today's single from Rheo Uno, and it's called "Can't Breathe".

As you'll know from my reviews of "Señorita" and "Good Girl" from the latter part of 2021 (and both tracks have had the success that they deserve, with 166,000 streams & 111,000 respectively & increasing all the time), she worked hard in the studio last year & created an abundance of great new songs to get a powerful momentum coming out of the difficult circumstances of the last couple of years.

Once again written in collaboration with Charlie Drew of Monarchy Music (also her producer), the song is something of a deliberate reconnection with her roots: although she is intent on developing her craft & evolving as a writer (and as one of the most played local artists on BBC Introducing in 2021 she has clearly got a firm, established platform to launch herself further & wider in 2022: and as you know from earlier reviews, her internationally appealing brand of dance music won her overseas fans from the start), she clearly does not want to forget (or let us do so) where she came from musically.

Hence "Can't Breathe" is an unashamed plunge back into commercial dance orientated pop with lyrics she identifies as "..self explanatory, no deep meaning just irresistible attraction, carefree fun.."  and sometimes that's what you need to do of course: especially if ultimately you are aiming for audiences who do not necessarily speak English well, on whom some of the lyrical nuances of the last few singles might be a little lost: there is a sort of popular music Esperanto I guess in which such tracks are composed. The key question is "will "Can't Breathe" get them dancing?" and to that the answer is "yes it will for sure".

A bubbly (and burbling) sound with great phat retro synth sound underpinning it (has Rheo ever created a track without some gleeful vein of fun running through it?), as her quotation above makes clear, the metaphor in the heart of the song is not a difficult one to decode.

As infectious as her music always is, this track needs no vaccine and will do us a great deal more benefit than certain other contagious agents around at the moment.

Arriving unheralded, I hope people spot that it's out there (I just added it to the current "Hot Music Live Presents" Spotify playlist and I'm sure I shan't be the only one) as it's a bright sparkle on this misty January morning.  I respect her strategy for reminding us of her earlier stylings and taken with the general progression of what she is currently doing, I think it helps cover a broad range of expectations for what Rheo Uno music might be.

She is one of those local artists who obviously has ambition to develop her career artistically & commercially & with the talent and vision to do so. Most people in that category were potentially stymied by the pandemic. Momentum is everything in the music business when you are rising, and months and months with no live appearances nor new releases and any progress beforehand can count for little as the more fickle parts of the media forget who you are. This should not be the case with Rheo Uno: she was able to keep very high quality new music coming out even in the darkest months and was fortunately able to write & record an impressive stockpile of new & distinctive tracks which could then create a new and incisive momentum once the scene started reheating. Given both the statistics from where she is now plus the critical approval, 2022 has huge potential for a year of further breakthroughs for Rheo Uno.

It's not exactly unknown for me to come across a track or artist unexpectedly whom I later review: it must however be more rare for an artist to ...
[1 image] END_OF_DOCUMENT_TOKEN_TO_BE_REPLACED

I have two excellent pieces of news from Rheo Uno for you.
[1 image] END_OF_DOCUMENT_TOKEN_TO_BE_REPLACED

It seems only yesterday that I reviewed Rheo Uno's single "Señorita" for you (it was about a month ago in fact) and here we are again for her ...
[1 image] END_OF_DOCUMENT_TOKEN_TO_BE_REPLACED

I get extremely intrigued by what artists occasionally say about their own work.
[1 image] END_OF_DOCUMENT_TOKEN_TO_BE_REPLACED

Considerably less than a month ago, I was strongly suggesting to you that you should check out the new Rheo Uno single "Wife Me?" yet already the ...
[1 image] END_OF_DOCUMENT_TOKEN_TO_BE_REPLACED

Unfortunately, it has been over a year since I last wrote about a Rheo release in the magazine and a similar timespan since her "Down For You" ...
[1 image] END_OF_DOCUMENT_TOKEN_TO_BE_REPLACED