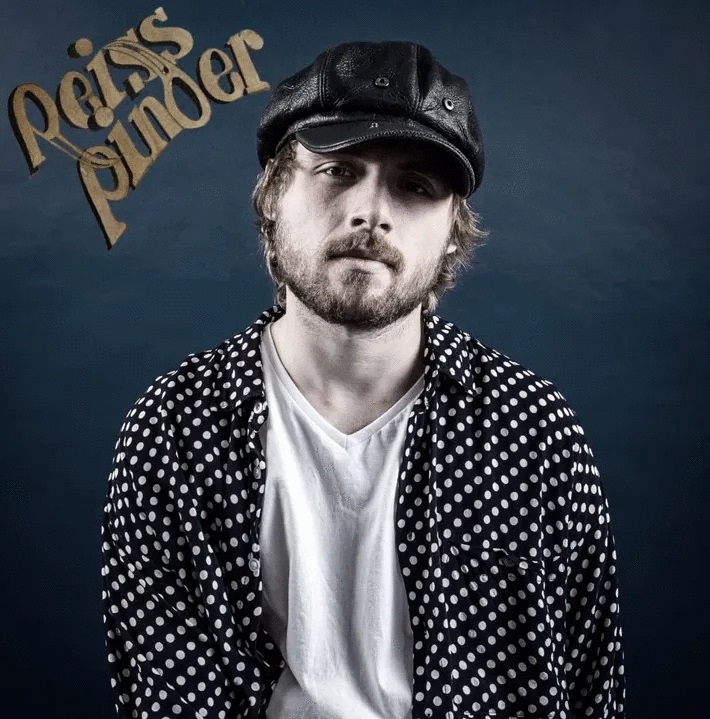 Hopefully you enjoyed "Wasted" by Wilde on ‘Hot Music Live Presents Volume Four' and our review of their most recent single "The South" back in February of last year? Well this is definitely connected but distinctly different as that band's Reiss Pinder has just commenced a parallel solo career with the impending release of his debut single "California" which comes out on the seventeenth of this month.

With all the confidence & brio you'd expect given what you'll have heard from his work with the band, Reiss is aiming high from the outset and would like to pick up a national profile with this song, which he hopes would then shine a light on the current high quality local music scene: something "Hot Music Live" would certainly applaud & support.

However it takes more than just those qualities to stand out from the crowd (let's not get started on my gloom over how far too many artists seem to opt instead for trying to sound as much like the prevailing fads of the day to try and succeed: nor the media who encourage them: Reiss has taken a very different approach) as his writing for the band with such unusual & idiosyncratic songs such as "The South" or "The Spoons" repeatedly proved.

"California" very deliberately sets out his stall to be an artist you won't find hard to distinguish from all those around him: a bold mood, especially in these days of dull homogeneity in the more lucrative reaches of the mainstream music business, but entirely the right one in my opinion, if what you want is to be respected for your integrity & sustain a career.

Built over what sounds like a guitar tuned other than in an orthodox manner, which captures the attention from bar one, you get something as unsettling as his work with the band, yet stripped right back to direct the spotlight right onto his voice and what he has to say.

Again, this exposure is something I applaud: it's to an extent courageous and another good calling card for launching his career: he has a voice worth hearing and one which possesses character to go with its technical quality. It deserves to not be buried in some excessive arrangement.

If all this sounds like I feel he is being a little bit calculating with "California", then you have the wrong end of the stick: I think he has made good choices around his debut, but ignoring the fact that it is his first solo release, it stands up as an honest song in its own right: indeed given the performance & production (by Jon Moonbear), there is no room for artifice nor dissembling here.

As with all good tracks, however impressive the opening section might be, sustaining the same vibe all song (and it's a long track, just falling short of six minutes) would undermine the initial impression, so other instruments (all by Reiss: his playing being as impressive as his singing) enter the picture and ebb and flow as the dynamics evolve to maintain our emotional connection.

As the title hints, the broad category of the sound we get is "Americana", but as I said, there is an uneasiness at play, keeping us from falling into the embrace of some form of rootsy comfort zone. This certainly seems to be his calling card as a writer: an ability to make us engage with a track by offering us something which is no placebo, sits outside our expectations & forces us to try & make sense of what he has to say, even if ultimately any message is not in itself necessarily dark.

In fact the song itself tends more to the light. In my mind at least it evokes images of pioneers crossing the great plains of America in the nineteenth century, climbing through endless forest over the Rockies & blazing trails no-one had previously travelled to arrive in the sunlight of the West Coast with rich promises of unbounded possibilities. To those word pictures, add the soaring arrangement which by the time you reach the conclusion conjures up on an epic scale the most spacious of Big Countries….

I hope I have whetted your appetite with my impressions of "California" and that once you get to hear it yourself it will inspire you too.

Reiss has set himself ambitious targets yet he clearly has what it takes to fulfil them: may that come to pass. Help though is always welcome I'm sure & experience  teaches us that however much you individually like the song, to succeed on the levels Reiss has in mind will need the song to be shared as widely as possible: through online transmission, passing onto relevant media etc, so it would be good if, after appreciating "California", we all do what we can to ensure it reaches as wide an audience as possible & I certainly am happy to commit to play my part in that.

To assist that process, Reiss has literally (I'm talking about the last hour) launched his solo online presence, so please check out: https://www.facebook.com/Reiss-Pinder-106779395226317/