‘Routes: The Field Sessions' by Stylusboy 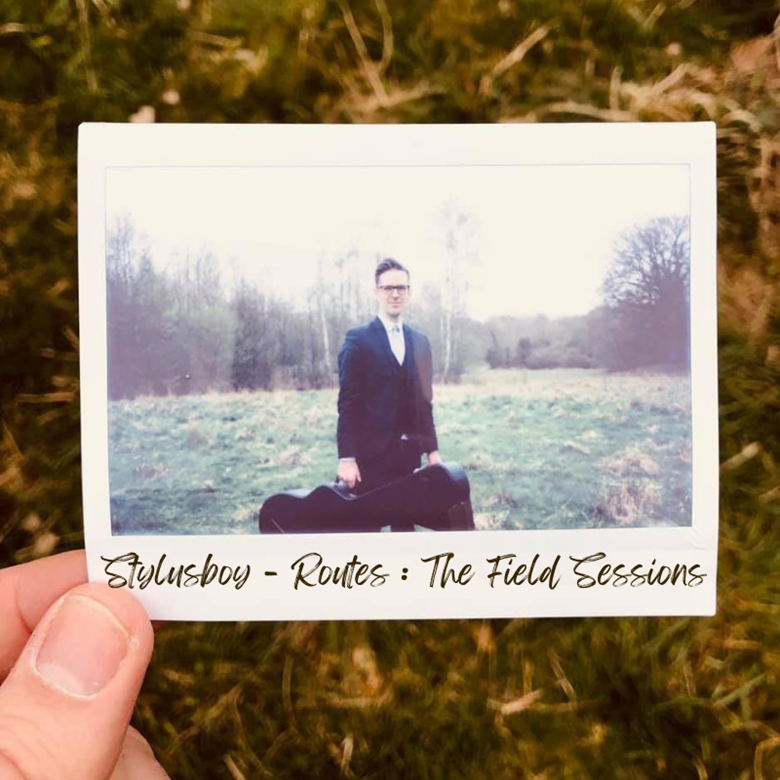 Last December, I was able to let you know about the festive version of "Silent Night" which Stylusboy released to aid the Carriers of Hope charity who work with vulnerable families in Coventry.

This year he has again brought out a Christmas record and again it's something which sits adjacent to, rather than squarely within, the main canon of his work.

In fact, if you bought his superb 2019 album ‘Routes', then you may already have played  ‘Routes: The Field Sessions' which was bundled with it as a "sister album", but now he has decided to celebrate it entirely on its own merits as a stand alone collection.

The songs are precisely the same as on the parent album, but as he puts it himself: "I sat one evening and recorded all the songs with a portable Tascam recorder, a bit like a gig".

This then is an unusual one for me to review & I've spent the last couple of days mulling over it…. As you'll have seen from recent reviews, when artists such as Monday Nights or Ivy Ash reimagine singles in new acoustic form, there are issues of contrast and complementing to consider in relation to the two versions.

I am also confident with getting my head round live versions (in front of an audience) of songs released in studio form and from time to time artists share demos of tracks they later recorded more formally.

Well  ‘Routes: The Field Sessions' certainly has some of the feel of a set of demos, being an informal, solo set of performances by the songs' composer: yet the performances date from after the studio recordings and hence reflect "final" concepts rather than preliminary ones subject to later revision.

Equally, these are not "live" in the conventional sense either since the dynamics of audience interaction are not present.

The other thing which I gave considerable thought to was the nature of the ‘Routes' recordings themselves. The arrangements there are admirably tasteful & restrained with the songs central & production values simple: this is not really a case of taking heavily arranged tracks and stripping them back to something fundamentally simpler. What you get is without simpler, yet subtly rather than obviously so.

Naturally if you release songs featuring the talents of musicians such as Holly Hewitt & John Parker and subsequently other versions without their input it's hard to think of the process as anything other than one of subtraction and I find it hard to describe ‘Routes: The Field Sessions' as "better" than ‘Routes' without their performances: I think I'll go as far as "different" ….. at least to some extent.

So what do you get? Well clearly if you get a solo performance by the composer, you get pretty much to the heart of what he conceived the songs to be, and the extremely intimate nature of the recordings is a delight and revelation going to the essence of the compositions: you certainly feel you are alone with him. On the other hand, I certainly don't want to give the impression that the fuller arrangements on ‘Routes' in any way shirked on telling the tales in an emotionally honest way.

As Stylusboy usually plays solo, you get the versions of the songs which most closely equate to what you hear if you catch him live (though several of the tracks have also already been released in the context of live albums recorded in front of an audience), without the distractions of venues. Ultimately however, as "Stylusboy is something of a musician's musician, a connoisseur's choice if you like" (as I have previously said in a review), the value of ‘Routes: The Field Sessions' is not in the form of offering us devastatingly fresh new insights into these often very personal songs, but in providing detailed & precise new perspectives which really take repeated listens to tease out. As he is an artist whom you should only catch in quiet, intimate venues (I'd hate to see him having to contend with a noisy place), you have here a fresh set of performances of some of his very best songs to enjoy in the setting of your choice, pending your next opportunity for seeing him & hearing him in the flesh.

You can buy ‘Routes: The Field Sessions' via this link: https://ko-fi.com/s/579e10e90b and the good news is that it is on a "Pay As You Want" basis as a Christmas present from Stylusboy.

I am pleased to be able to announce to you that Stylusboy has just released a seasonal single for us, being a cover of "Silent Night" and that all ...
[1 image] END_OF_DOCUMENT_TOKEN_TO_BE_REPLACED

It was only last week that I was telling you about the new Stylusboy single "This Is Where I Belong" which was released in advance of its parent EP ...
[1 image] END_OF_DOCUMENT_TOKEN_TO_BE_REPLACED

You'll no doubt have enjoyed that masterpiece of Stylusboy, namely   "For the Souls of My Brothers" on ‘Hot Music Live Presents Volume ...
[1 image] END_OF_DOCUMENT_TOKEN_TO_BE_REPLACED

I've said it before, but reviewing for "Hot Music Live" is a real privilege in so many ways.
[1 image] END_OF_DOCUMENT_TOKEN_TO_BE_REPLACED

Writing for a music magazine in Coventry & Warwickshire, which is let's face it pretty landlocked, I don't expect to review many maritime ...
[1 image] END_OF_DOCUMENT_TOKEN_TO_BE_REPLACED